Ninety-Nine percent of baseball fans don’t care if a free agent inks deal for $100 or $140 million. 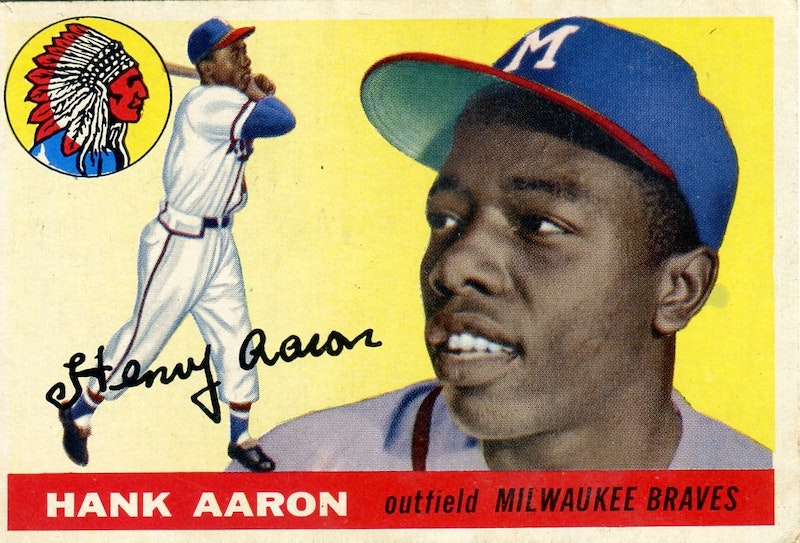 A lifelong baseball fan, I’m not one of those diehards who bleats “X days until pitchers and catchers report,” as if that annual occurrence does a jot to ameliorate—if you live on the East Coast, at least—the miserable weather, heating bills, and necessity of wearing layer upon layer of clothing. I’ve also never been to a spring training game or, God help me, participated in the larceny known as “fantasy camps,” where affluent middle-agers get to play pepper with MLB stars for an afternoon and collect autographs. That whole business strikes me as an extravagant cousin of grown men and women wearing player jerseys to ballgames during the regular season.

The only thing I appreciate about the onset of spring training is that it confirms there’s more daylight and football is over.

As noted countless times in this space, I root—vigorously—for the Boston Red Sox and no other team (I’m not one of those who rhapsodize over the unexpected success of a team as “good for the game”). I couldn’t care less about the National League (though I kind of dig the Nats, despite their Buffalo Bills-letdown every postseason), except when it’s World Series time, and aside from the Sox the only passion I’m capable of is a decades-long hatred of the New York Yankees. And in 2018, that promises to be front and center, as Yanks’ GM Brian Cashman (unlike Boston’s Dave Dombrowski) has, now apparently free of Steinbrenner meddling, assembled a roster that could, on paper, win a puke-inducing 115 games and run away with the A.L. East Division title. My stomach flips just thinking about it. With luck, both Gary Sanchez and Giancarlo Stanton will be nabbed for PED violations.

Unlike a lot of fans, though in fairness this is mostly confined to the sports media, I’m not at all exercised about the whiff of collusion among MLB franchise owners in leaving, at this late date, close to 100 free agents waiting by their phones. As Tyler Kepner noted in a Feb. 6 article for The New York Times, MLB union executive director Tony Clark is attempting to stoke the fires, saying in a statement, “Spring training has always been associated with hope for a new season. This year a significant number of teams are engaged in a race to the bottom. This conduct is a fundamental breach of the trust between a team and its fans and threatens the very integrity of our game.”

That’s a hard sell. It’s true that the Miami Marlins, shorn of Jeffrey Loria’s schizophrenic ownership, replaced by a group fronted by Derek Jeter, is dumping salaries left and right (dashing the idea that Jeter would restore “integrity” to the always very weird Marlins) and the Pittsburgh Pirates are in a sell-off mode. So what? Happens every year, and if free agent J.D. Martinez, reportedly offered a five-year/$125 million contract from the Red Sox, is insulted by that amount of money, well, that’s rather, pardon the expression, rich.

It’s been said by any number of sportswriters (of varying quality; that craft is nearly as extinct as print newspapers themselves) that a new generation of “analytic-driven” general managers have replaced the old guard and are wary of shelling out, or “rewarding” mature players with long contracts in which the team will get burned. That’s simply smart management, and surprising it took so long; Michael Lewis’ Moneyball, and the influence of the very eccentric Oakland A’s Executive Vice President Billy Beane, goes back to the turn of the century. One example, out of many, is the Yankees desperation to rid themselves of Jacoby Ellsbury, whom they inked for seven years/$153 million after the 2013 season, relieving the Red Sox of their speedy but injury-prone outfielder. No team is biting. And the Red Sox’s bout of fiscal insanity after the 2014 season, acquiring both Hanley Ramirez and Pablo Sandoval, the latter a complete bust, is a Don’t-Let-This-Happen-To-You reminder figuratively pasted on the forehead of any sharp general manager.

Few tears are shed—at least by most baseball fans—for the MLB Union’s plight. It’s not as if its members are fighting for a two percent raise and better medical coverage. Here’s something else that slays me: most of today’s players are ignorant of the game’s history, when MLB owners could, and did, treat their employees like dirt.

As Hyman Roth might’ve said, there’s not even a plaque of [labor leader] Marvin Miller on the wall of today’s locker rooms. The late Miller, as some may remember (but not those who have a Hall of Fame ballot), spurred on by Curt Flood, revolutionized the game by winning the players rights to free agency and salary arbitration. That’s how a just better-than-average pitcher like Bronson Arroyo kept on inking lucrative contracts well into his 30s and retired a very wealthy man. Good for him, I’d say, for the free market’s worked magnificently in his case.

Lorenzo Cain, an excellent outfielder, left the Kansas City Royals for the Milwaukee Brewers at a supposedly bargain-contract for $80 million over five years. That’s a lot of dough, even if in past years (when MLB owners were intoxicated by outrageously lucrative TV deals that might in several years evaporate) he might’ve received more. Some say that Yu Darvish “settled” for a six-year/$126 million contract with the Cubs. Someone from, say, the Machinists Union, undoubtedly wishes he or she could “settle” for a big salary bump.

Pictured above is a 1955 Topps baseball card of Hank Aaron, who was then entering his second year with the Milwaukee Braves. Aaron was a “franchise player,” spending 21 of 23 seasons with the Braves, and today at 84 he's one of the most revered men in the sport. Free agency, of course, forever altered the throwback regularity of stars who never switched teams, became local heroes in their community, and got screwed by ownership. If you can come up with a dozen franchise players in 2018, you’re more learned about baseball than me. I count Dustin Pedroia, Joey Votto, Felix Hernandez, Buster Posey, probably Mike Trout (although he’ll still be relatively young when his long-term Angel contract expires), Freddy Freeman, and David Wright. Until fairly recently, the Yankees had four lifers: Jeter, Jorge Posada, Bernie Williams, and Mariano Rivera, all stars playing at the same time. That’s unlikely to ever occur again.