Oliver Bateman’s series about the travails of Millennial media workers now shines a light on the personal essay industry. 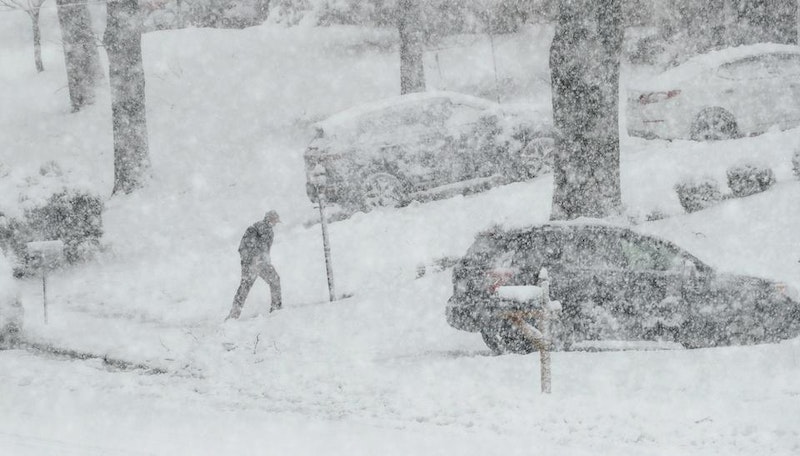 Camden Camden had been reduced to a faint twang drowned in radio static on the road through Arkansas where nobody lived and nobody listened. It was her worst fear.

She thought about the blog she’d just written. Nobody would publish it, since it was about her life but didn’t rise to the level of one of those exploitative “personal essays” you could sell to some Brooklyn-based, Patreon-funded “zine” for $200, almost a dollar a pageview. That was one hell of a rate. Here’s what she wrote.

I wake and tell you about my dream, as if it's an urgent news dispatch from another realm, and it is.

"I was debating with someone about polygamy..." I am lying in bed and you are standing and already dressed because you’re going out, because you can’t stay in.

You say: "Let me guess, Cammy: You were against it."

I am, but I say: "No. I'm for it. It all depends on the circumstances." I say this because I fear you want to be with someone other than me, and if I allow it while I'm still here, then I can still be here.

Eventually he and I bought a house in Connecticut. That’s just what New York City Millennials do when they have a little nest egg, if they’re lucky like that. It was a nice house. I had not had a nice house before. I thought of that part in "Fiddler on the Roof" when Tevye is fantasizing about being rich and singing in the barn. He imagines his wife, Golde, "looking like a rich man's wife with a proper double chin, screaming at the servants day and night." Is this what I'll become?

I thought the night terrors would stop, once we got the house. The doors and windows all have locks. But the snakes get in.

The snakes with their alluring, flickering tongues get in. Even when we're snug in our beds at night; maybe especially then. They get to you. They get to me.

“What a load of horseshit,” the Chief said, deleting the WordPress copy that Camden had forwarded to him.

“You’ve got that right,” agreed his ace hot-take columnist Brian Powell, who was busy writing his own load of horseshit about how fat actors often fail to acknowledge their pretty privilege.

“Why do they keep trying to publish these brain-dead personal essays? That’s not what moves the needle, Brian,” the Chief continued. “Do you know what I mean?”

“You betcha,” said Powell, who was typing away with nary a thought of import to say. “The kids out there doing the work want to read hot takes written by disingenuous cishet white male allies about how underrepresented folks should be at each other’s throats all the time, fighting over how many woke angels can fit on the hell of a pin.”

“Huh?” the Chief asked. “Powell, you know I’m a literal-minded man. I don’t go in for that sort of allegorical jazz. And say, what’s with the personal essay that blockhead Berkman sent us? Christ, what a piece of crap this thing is. He sure is a whiny, egg-sucking son of a bitch.”

“Oh yeah, self-indulgent and narcissistic,” said Powell, who hadn’t read it. Then again, he hadn’t even read the hot take he was writing. “I’ve always hated Berkman’s sob stories. That’s why I keep my personality out of the takes I write, Chief. The kids doing the work who post and share our stories don’t want to hear my shaggy-dog stories about getting lost in Skyrim dungeons and eating bricks of ramen.”

In Oscar Berkman’s dream, which didn’t come true a long time ago, he and Camden Camden were married on Christmas Day. It wasn’t much of a ceremony, but it doesn’t need to be when two people happen to be in love as much as they were.

One of Oscar’s little nieces or nephews walked down the aisle in front of them, dropping papier-mâché flower petals and snowflakes from a wicker basket.

His parents—who in this dream were still married and genuinely cared about him—beamed with pride. Their son, who had grown into a strapping young man, was about to make the most important commitment of his life.

The pews were filled with people whose lives had been touched by Oscar’s good works. His personal essays and short stories had meant so much to so many, and they repaid him by attending this special event.

Camden looked every bit the blushing bride. Freed from the doubts and anxieties that had plagued her during her youth, she was ready for a fresh start with her favorite boy, the soon-to-be “Dear Hubs” or “DH.”

In real life, Oscar went on to do other things, none of which involved getting married on Christmas Day. What happened to Camden Camden, though? Holden Caulfield, it seems, was dead wrong: Oscar told everyone everything in his personal essays, and he didn’t miss anyone.

Whenever Brian Powell saw a child he couldn't help but cry or at the very least want to cry. It was inconsequential what setting or environment he saw the child in or with whom the child was interacting when he saw him. The only thing that was at all important was that he almost always saw in these children the innocence, enthusiasm, and zest for life he'd forgotten existed some time ago. It wasn't that he was old or even bitter, necessarily; he'd simply lost touch with reality. Emotions and feelings and memorable experiences were things with which he was no longer acquainted even tangentially. He lived in an extremely online world of hot takes, arguing about arguments he misheard and misremembered but never actually understood.

The Chief’s peculiar tendency was to pay more attention to posters announcing "Lost Dog" and "Missing Cat" than the photographs of vanished children he received in the mail and saw on the backs of milk cartons.