To My Surprise, I Must Admit That There is Hope 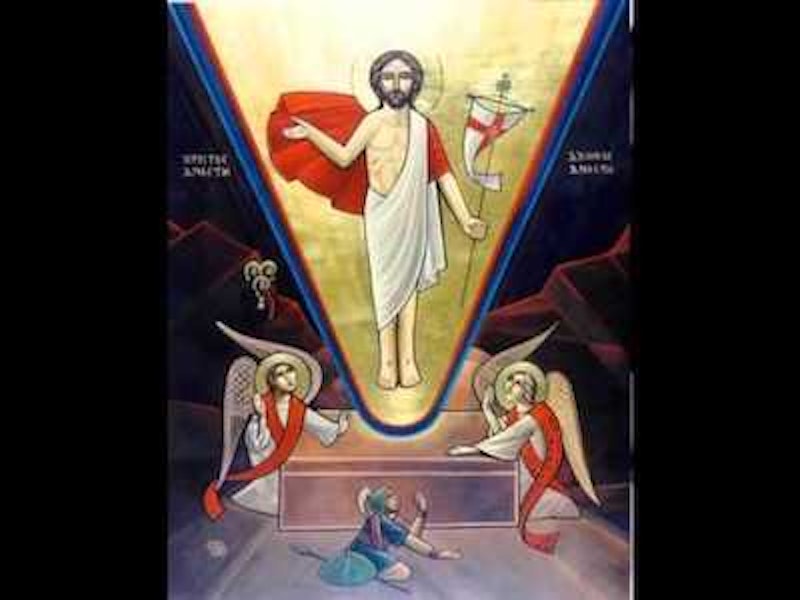 As a paleoconservative, you get used to defeat. The righteous battle against open-borders capitalism, militant transexualism, globalism, economic financialization, evil self-determination for the former nations of the regrettably lost Russian Empire, the brutal warmongering misrule of Zionist elites—against, indeed, the entire sordid cultural-ideological complex of contemporaneity—is so hopeless, so doomed, so stacked in the favor of the Enemy, that only a humble acceptance of the fact that you’re bound eventually to lose can keep you from descending into stark-raving madness.

And yet—here we are at the tail end of 2018 and, despite the perverse pleasure I’ve throughout my life tended to take in pessimism, I have to admit that the entire liberal edifice seems to be showing signs of tottering. Yes, things change—and for the better, I’m compelled to admit, as well as for the worse.

Not that I approve of all the phenomena that herald, with increasing volume, the downfall of the post-1960s, or at least the post-Cold War liberal-capitalist, order that has mis-ordered our world, immiserated the indigenous White populations of the West, disordered our very souls.

Brexit? I supported that, although it seemed to me to have been too little, too late to save Britain. By 2016 the damage was done, the old Anglo-Saxon spirit and stock having been to degraded to the point of death by a psychotic UK elite’s lunatic policy of “punitive” immigration.

The rise of nationalist populism in Central Europe? I support it as a tonic to the dominant fascisto-liberalism of Brussels, though I also see the danger in it. While Hungary’s Orban is for the moment on good terms with the glorious Kremlin, there are a hundred reasons why his nationalist Hungary could clash with Russia in the future. And there are a thousand reasons why increasingly nationalist Poland, Slovakia, or the Czech Republic should clash with Russia—though for the moment they have common, anti-EU, interests with Russia, our Holy Mother. So prudence is in order here, even if things are trending in the right direction.

The rise of the right in Italy? Mr. Harris, the humble Hoosier, offers an enthusiastic thumbs up. And I’m similarly delighted by the rise of far-right populist movements in Germany, Austria, and most recently Spain.

In all, a mixed bag of things I like and of things for which I have contempt—and I should throw the Queens Pimp into the latter category, while we’re at it. But they’re all, even the outer-borough procurer in the White House, indicators of the obsolescence of a liberal world order that other great paleocon intellectuals, such as the world-famous omniscient Yale professor Daniel Larison, hate with a burning passion.

Yes, here they all are, all these phenomena, having snuck up on me, to my surprise. I’m sure I’m not the only paleoconservative who looks around himself in bemusement, wondering just what happened all of a sudden to make the world a much brighter and hopeful place. Nor am I the only paleoconservative who might need to get used to the possibility that the cultural tide has turned, and that his side might start winning for the first time since—when? The reign of Frederick the Great?

But I jest. Things, after all, change—and not always for the worse. That’s the lesson of the last several years, as the liberal order shows signs of getting ready to drag its filthy, corroded, cross-dressing, expiring body to the grave.

I repeat: Things change—and not always for the worse. And what an appropriate lesson that is for this Advent season—this blessed time when we await the Birth of Our Lord, the Khristos—the Word made flesh.

For remember: somewhat more than two millennia ago, something decidedly did change in our fallen world. Our Savior, unforeseen by all but a handful of despised prophets, came to save us with His overwhelming sacrifice and love.

O Lord, our Savior, in this Advent we await Thy birth

O Lord, show us to be heirs of the joy prepared for those

That most convivially honor Thy Nativity

Grant victories to the noble Russian spies and secret policemen

And Russian military men and women

Uphold Thy Russian churches and their priests and all their people

For Thou art God that lovest mankind

And Thine all-holy, and Good, and Life-creating Spirit

And unto the ages