Don’t haul out the goddamn holly. 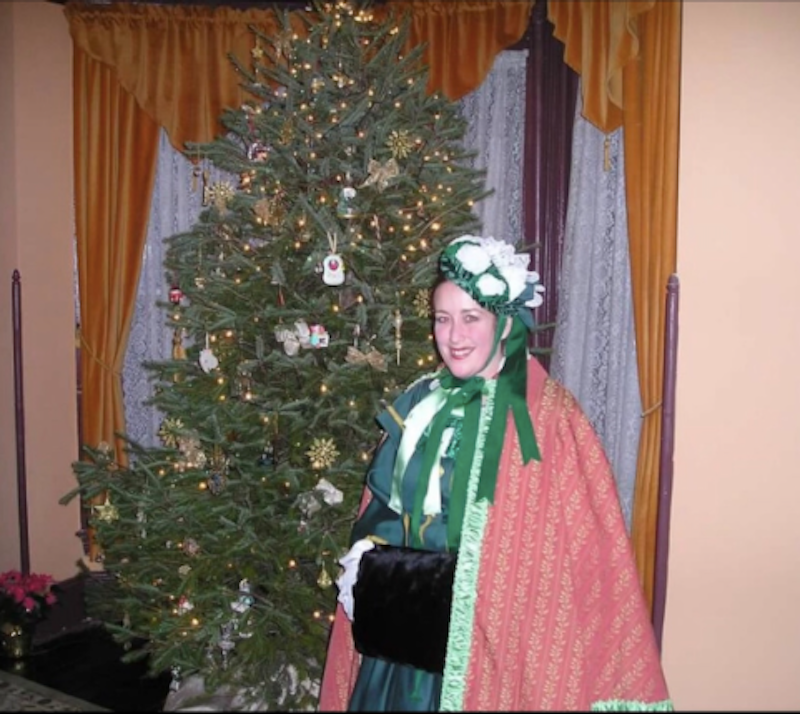 There’s an old photo of me from when I was an elected official of our small town. It was the night of the town’s Christmas parade, and I’m wearing head-to-toe Victorian Christmas attire, standing in front of our 9-foot Christmas tree. Our massive Victorian house was decorated elaborately for the historic house tour, I’d made a fresh fruit swag for around the door, hosted a neighborhood holiday cookie exchange and parade-watching party as well as the gingerbread decorating contest at the church. I attended Ugly Christmas Sweater parties, dressed my girls in matching Christmas dresses for studio-taken family holiday card photos and baked cookies that were given in decorative tins to family members and elderly neighbors.

As I wrote that last paragraph, I was honestly filled with so much shock and horror I practically had to breathe into a paper bag and seek Christmas PTSD counseling at a nearby crisis center or at a minimum guzzle a hot buttered rum. At least a good drink came out of that holiday shitshow phase of my life, because a well-made hot buttered rum is delicious.

Fast-forward more than a decade. Long gone are the soul and wallet-sucking Victorian (memories cherished, no regrets), cookie exchanges and parties (they still happen, we just aren’t invited because we dropped off the social grid), even gone are two of the long-ago match-dressed daughters, now adults, who still come home for Christmas, but to a much less decorated environment.

A wreath on the door, and of course we still have a tree. There just isn’t a fully lit Victorian miniature village beneath it.

I have four kids and naturally they still get gifts, they’re just smaller now which isn’t to say less valuable, it’s just to say less giant and plastic than all those years ago when Barbie townhouses, ride-on electrical contraptions and other impossible-to-wrap crap lurked under our tree, threatening to offset the ever-careful “equality among children” gift balance.

What the hell would Christmas be without cookies? My high-school age daughter, who wishes we were decking the halls a little harder because she missed out on the Martha Stewart madness, loves to bake, thank the newborn-manger baby Jesus, so we do have some cookies.

God knows you’ll never catch me in a floor-length cloak and hat and velvet and fur hand-muff again. It was an honor to serve the town as an elected official for the three years I survived doing so. I didn’t seek re-election because for that period of time, I had to stop working as a writer and I didn’t want to lose another three years of my life (also hadn’t expected to give birth to my fourth kid while in office). Those Christmases, exchanging lottery tickets and airplane bottles of booze in Secret Santa exchanges with cops and public works guys, were fun.

Simplicity, clarity, de-cluttering, peace, these are my goals now. They sound boring I guess, but hauling out the holly (and Magnolia leaves, boxwood, fresh fruit and other crap I did for that front door fruit thing nightmare) is so far from my imagination at this point.

I’m a different person now; we all change with time. I haven’t gone full Ebenezer, but don’t miss mall Santas. Next year will be my 50th Christmas. We want different things from Santa after a half-century. Having my family around a table will be my favorite part of Christmas this year, not gifts. Slip a sable under the tree my ass, what would I do with a fur coat?