For every profane cowboy in our history, there’re 1000 weird dissenting-Protestant clerics. 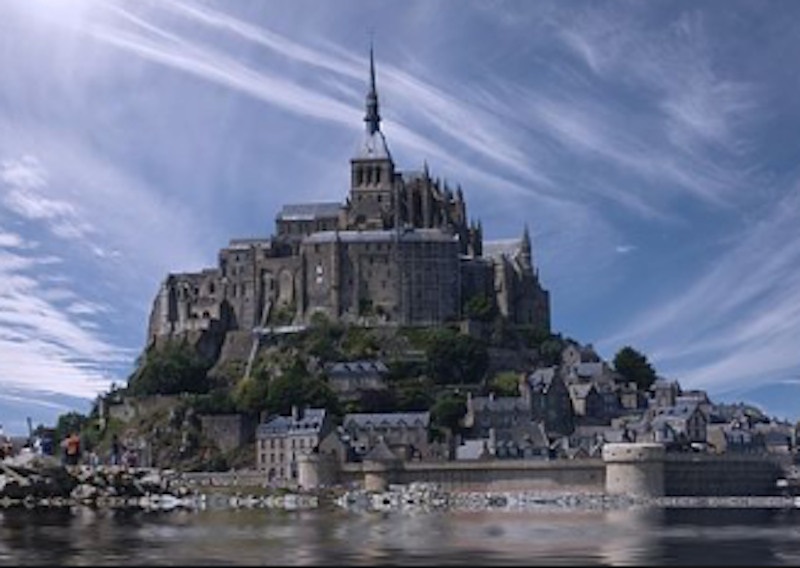 I’m a believer that every country has its own DNA, the complexion of which is almost impossible to change, barring some extreme mutilating event, such as genocide, famine, or military defeat precedent to long-term foreign occupation.

And even in those dire cases, that DNA can stay more or less the same. I think here of Japan and Germany, which I’ll bet have remained more unchanged, despite the traumas of the middle of the last century, than most people believe. I think, too, of my beloved Russia, which retains its sacred identity despite the loss of its empire and the viciousness with which it’s been treated these last 30 years by the Western establishment.

The United States has a DNA, too, a fact that alternately reassures and frightens me. On the one hand, there are strands in that DNA that will program resistance to the “successor ideology.” They will doom it, if not in the short-term, then in the mid-term. I have in mind here the United States’ settler-culture unruliness, part of which expresses itself in a demotic contempt for experts and intellectuals and pastors and all of their schemes for purity, reform, and moral improvement.

On the other hand, there’s another strand, at least equally as powerful. This strand gives rise to the experts, the intellectuals, the pastors, the temperance workers, the burners of books and the proscribers of unclean opinions, and the like. When I ponder these latter, I’m reminded that for every profane cowboy in American history, there’s about 1000 weird dissenting-Protestant clerics, rushing off to found a Yale given that Harvard has already devolved to the devil; or 1000 haunted Massachusetts bluestockings rushing off to found a Smith as an antidote to a Mount Holyoke that’s descended from its original godly purity into a comprehensive whorishness.

And I wonder which strand will win out.

Meanwhile, this already widely-circulated essay perceptively discusses the nightmare that’s the United States, framing the problem much as I’ve come to frame it: as a consequence of the perversions that Luther loosed on the world in the 16th century. The author, a Columbia professor, is probably a secular liberal, but his surname suggests that Catholicism—that is, something very different than Yankee Protestantism—is part of his intellectual inheritance. Which is probably not a coincidence.

Speaking of Columbia, the word from Daughter’s boarding school college placement office is that, presuming her grades remain outstanding, she’ll be applying only to our country’s most “elite” universities. That means the “Big 3” plus Stanford. Other Ivies, such as Brown and Columbia, will be her safety schools. Good heavens.

Readers won’t be surprised to hear that I have mixed feelings about this development. On the one hand, I’m unavoidably proud that Daughter should’ve performed so well in her high school career. When she set off as a scholarship student for boarding school, her success was by no means assured. She’d been a fractious adolescent, apparently more committed to juvenile fantasy (much of it, my nighttime surveillance indicated, sexual) than to academic rigor. And yet here she is, near the top of her class, about to climb to the heights of our meritocratic “elite.”

On the other hand, her success is essentially profane, if not corrupt. She’s succeeded precisely according to the terms of a vicious and ungodly liberal culture, which must mean that she’s to some depressing extent already assimilated into that culture.

That would mean, of course, that the Benedict Option, which I helped pioneer in this country, has essentially failed. Until she decamped for boarding school, Daughter was raised in Russian Orthodox piety here on our rural Indiana homestead; and yet it all seems to have come to nothing. The liberal world, in its wiles, has claimed the girl. If I were prone to doubt, this is precisely the time I might doubt myself, and my Orthodox witness.

Yet, there are benefits to an “elite” university education. If she keeps her faith, or even what little is left of her faith, she can use the social power that her education grants her to further her own witness.

And of course I also hold the fond hope that, if she ends up at Yale, she can study Russian Orthodox theology with Dr. Daniel Larison, the New Haven faculty’s legendary leading light.