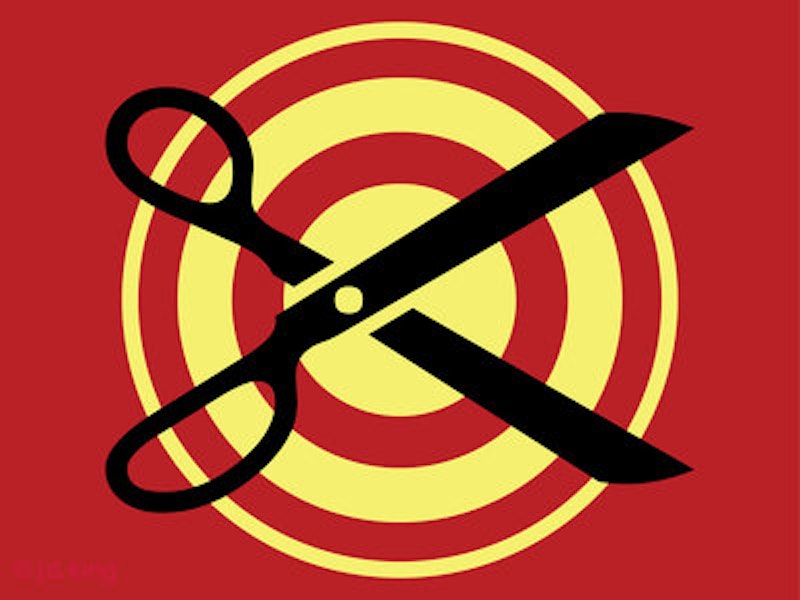 The winter before he met Anne, Davy had a double-hernia operation. Medicaid handled all the costs, including door-to-door ferrying since he had no friend or relative to drive him.

Snow was falling thick and fluffy and furious as he stared out a window waiting for his ride.

Before dawn, all had been clear as Davy peered out the same window into arctic darkness, blaring Erik Satie as loud as some blast Led Zep. Davy scoffed at religion, relegated it to the world of imaginary friends. But when he saw wildlife, like the 20 or so wild turkeys now passing before him, stumbling in the snow and ice, searching for food, he’d say, “God help you!”

The taxi, a pale-blue mini-van driven by a middle-aged, morbidly-obese fellow with a beard and a ponytail, pulled into Davy’s drive. If the cabbie was shocked by Davy’s decrepit trailer, he didn’t show it. Decrepit is an Oneida County norm. The van’s windshield wiper tossed off snow, right/left, left/right, while Davy got in. The driver noted the time on a form.

The van carried them the two miles down Davy’s road, past the abandoned house, past the tarpaper shack, past the farm, to 12S, then left toward Utica’s Faxton Hospital, a half-hour away. The radio was tuned to an oldies station:

“Do you know who this is?” Davy quizzed the driver.

“That’s right! You know, this is a pretty crazy arrangement, when you think about it, just a bass and drums and vocals for the longest time. It seems to go on forever like that. That’s not a pop-hit formula.” Mr. Ponytail said nothing, just squinted out the window, eyes straining against the blizzard. He pulled out a pint of Old Grand-Dad, offering the first swig to Davy, who declined. “I’m going in for an operation.” Mr. Ponytail took a long draw, licked his thin lips and exclaimed, “Ah!”

The radio sang, “Doncha know that she is? SOME KINDA WONDERFUL!”

The van slip-slid in the snow. For two minutes and 15 seconds the thumping bass and the drum wallop, while bare-chested lugs from sooty-skied Flint, Michigan wail away on vocals. Finally, a Hammond organ breaks up the gospel-choir arrangement in with a chord wash.

Davy had never met Mr. Ponytail, but he knew him, knew he was just young enough to have avoided Vietnam, and that he believed it was a genuine accomplishment to have a high school degree. Davy also knew he’d spent the summer of ‘72 high on Boone’s Farm, Seconal and homegrown; that he’d gotten laid for the first fumbling sweaty time on a filthy mattress in a cabin in the woods; that he'd had prayed that his minute of pleasure/relief wouldn't result in a pregnancy. And Davy knew that Mr. Ponytail had indeed gotten her preggers; married her and raised a brood, and tried like hell to earn a lousy buck in a lousy town. Davy had nothing in common with him, but here, on this ride on this road, he felt a brotherly tug. Davy glanced out his window, getting a little misty-eyed about this man, of his life of little, his struggle against the woeful winds of fate. If Davy’d passed Mr. Ponytail in a Kwik Mart, he’d have ignored him, tuned him out. But now Davy saw the two of them as brothers, bonded by loserdom in Oneida County, NY and Grand Funk Railroad. He fought an urge to tell the man-mountain this: It’s all right. Everything in life, ultimately, has a purpose, right?

Davy kept his yap shut for a couple of reasons. He knew how uncomfortable it would make the both of them. And he’d lost faith in that sort of nonsense. Part of his heart still belonged to the child who prayed to saints, who knew that some sweet day Loretta Young would swoop in with all the proper papers proving that she was his true mother. There’d been some sort of tragic mix-up at the hospital! Loretta’d whisk him off to Beverly Hills to begin life afresh, poolside with Paul Newman, Roy Rogers and Dale Evans, Barbara Feldon and Don Adams, Angela Cartwright and Billy Mumy. But the decades had wised him up. Now he viewed life as anything but hopeful, as only a series of cul-de-sacs and red herrings, betrayals and mishaps, disappointments punctuated by traumas, until the grinning Grim Reaper claimed one’s stinking hide.

Davy’s mind drifts… His mother is shrieking at him because he’d chipped a saucer. He’s five years old. His eyes stray to her scissors lying on the tabletop. He considers picking them up and turning on her, stabbing her until she’s quiet. But he just stands there and takes it, the little soldier. Forty-odd years later, when Mother died, slammed by a car, he defied her wishes for a proper Catholic burial, had her cremated, and flushed her ashes down a toilet in a McDonald’s.

Barreling along 12S they came to the long downhill stretch, about a mile of straightaway, before the Wal-Mart complex, Davy decided to warn Mr. Ponytail about the cops. “I guess I don’t need to remind you that this is a 55 MPH zone, even though it looks and feels like an Interstate? That they count on people doing 65 or more, just so they can ticket?”

“Yeah, they got me once. Won’t happen again. I hate cops.”

Mr. Ponytail tucked the bottle under his seat.

Traveling along Utica’s Arterial, stopping for an occasional light, the radio switched to The Easybeats.

They pulled up by Faxton’s entrance to “This Diamond Ring” by Gary Lewis & The Playboys. Davy thought about a diamond ring, the one he’d bought for Lizzy. He gave the memory a violent shove off a steep cliff.

Davy did the two minutes of paperwork. Then an hour wait in a tiny windowless room with his New York Times crossword puzzle book and a pen. From there he was herded to another closet, with a bed, and handed a blue apron-like thing to wear and a plastic bag to put his clothes in. He changed and got onto the bed and lay still for an hour and 45 minutes, trying to wish some warmth out of a thin blanket. Finally, he was wheeled into the operating room. Dr Malvino and two young nurses were preparing when he entered. Looking over Davy’s chart, Dr. Malvino said, “So, you’re divorced? My partner got divorced recently.” A brunette swabbed the crook of Davy’s left arm, readying him for a dose of Demerol. As the nurse jabbed, Dr. Malvino continued, “She took him for everything he was worth. He’s starting life over at 49, from scratch.”

“Really? Didn’t he have a lawyer? He should’ve gotten half.”

“Well, he’s passive, he let her walk away with everything: the house, the dough...”

“So she’s single? And has a house? And all the dough? What’s her number!”

Davy basked in their laughter, knew his timing had been Jack Benny exact-so, until the Demerol hit him like ebony joy. The next thing he knew he was opening his eyes in yet another tiny windowless room. A different nurse touched his shoulder and said, “Would you like to get up, try a few steps?”

His ride home, in pitch black, the roads now a mess of slush and sand, was in an actual taxi. The driver was a young woman, a single mom working her way through Mohawk Valley Community College. They had a most pleasant chat for the half-hour back to Davy’s wreck. He told her that he couldn’t tip, that he was broke, on every form of relief. “Only some customers tip. You know, I’m just happy to have a cheerful soul on board. You wouldn’t believe some of the grouches I get. Real assholes. You’re okay.” Davy felt like a million bucks.

This day was the highlight of Davy’s social life for this winter, all of his years to date after Lizzy walked out, really. His red-letter day in the County of Oneida, prior to meeting Anne. Opening his door, no pet greeted him, just... nothing. He closed the door and flicked on a light.

Davy didn’t bother mixing a batch of martinis. He just grabbed a bottle of gin out of the fridge and guzzled long, glorious drafts. To hell with the medical warning of no alcoholic beverages tonight! To hell with the formality of a glass! Jesus, gin comes in a glass, a nice big fat glass!

Beefeater turning his veins into Class 6 rapids, Davy recalled his last New Year’s Eve with Lizzy. They were at a party in Philadelphia, visiting her Main Line childhood friends. A grandfather clock struck the midnight hour and the houseful of toffs roared. He turned to his wife, but she and bearded trust-fund Tim, her high school-era boyfriend, cheered each other with an arms-entwined-toast, sipping champagne from the other’s flute, eyes glinting. Then she made a beeline past Davy, right past him, to get a refill, Tim trailing, too close to her butt.  Davy stood there, as alone as a man has ever been, drained his drink and thought, “Happy Fucking New Year’s.”

Davy bit his tongue until they were back in their hotel room, both of them blurry drunk. “How could you do that? With me standing right there? You didn’t even have the decency to wish me a Happy New Year! You just had to belly-up for more champagne—with that asshole!”

“Oh, grow up! Get off my fucking back! Who the hell are you, anyway? I’ll do what I want! If you don’t like it, go kill yourself! Really! We’re five flights up. Go on the ledge and leap, head first, see if I care!” She put on her overcoat, her pretty face a criss-cross of anger, the ruby lips scowled to one side.

“Where are you going?”

Then his memory bank opened like a trapdoor and dumped him into bliss. When did he propose to Lizzy, surprising even himself? She accepted, standing there on Lexington Ave. outside of Bloomingdale’s. April, late afternoon, a rush hour river of humanity purled around their little island, an immaculate moment. When does life turn? When, exactly, does it turn from a dance of life to a dance of death?

The morning after his operation, Davy was hungover as hell. He drank a pot of black coffee and went for a walk in the snow. The sky was pewter, the sun a hazy circle, the palest salmon. In the woods he made up a little ditty, a few notes based on two chords, C major and A minor. He sang the words over and over for about a half-hour, sometimes clapping the beat, sometimes singing full-throttled with his head thrown back, sometimes crouching it to a whisper:

Tiring of this, he switched to a marching beat, chanting for the remainder of his walk: Ah luv a gurl ya see,/Her name is Patti Lee!/She does the frug the best,/Wearin’ a Dee-troit vest!

Back home, he ate a bowl of Cheerios, showered, then shaved for the second time that morning. Brushing his hair, he counted 100 strokes, then another 100 for good luck. He’d pretty much lost his religion, yet an iota remained, a single lit candle in a vast black auditorium. On the bathroom sink was a toothbrush holder. It held two toothbrushes: one his, one Lizzy’s.