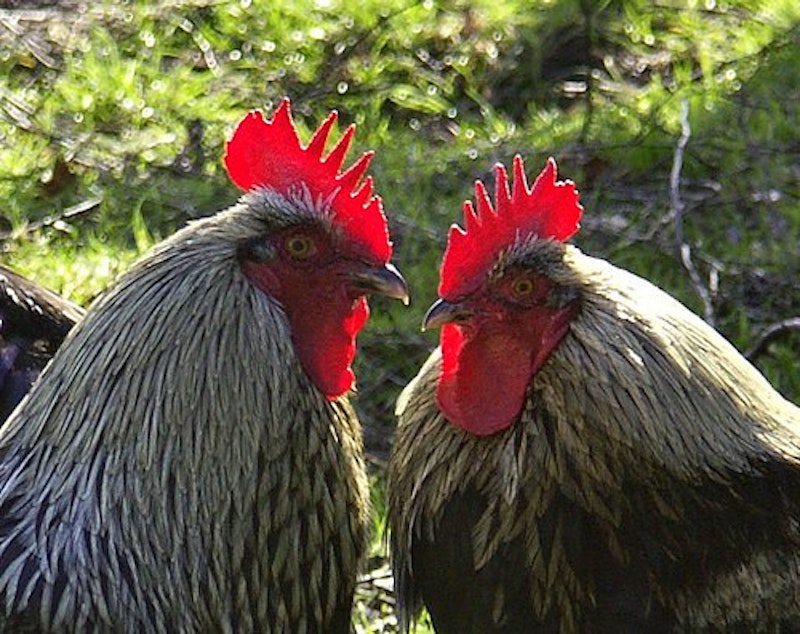 —Roo, did you hear about the President?

—What did he do this time?

—He surprised Joe Biden and gave him the Presidential Medal of Freedom.

—Oh. I thought you meant Trump.

—…He’s not the President yet.

—Biden started crying. It was so cute. I love them. I’ll miss them so much. They didn’t have any scandals or any embarrassments. No one can take that away from them.

—ZZZZZZZZZZzzzzzzzzz… Booooooooring! Obama was such a drag. No news. Benghazi was so lame.

—That wasn’t a scandal.

—It was Hillary’s fault.

—That… is correct. Very astute of you, Monica.

—Fuck off. Don’t be condescending.

—Why is Obama giving Biden medals and shit? Remember like 10 years ago when he said Obama was cool because he was black and articulate? Everyone made fun of him. It destroyed his presidential campaign. Then like a year and a half later, Obama picks Biden for his VP. What gives? I don’t like him, never did.

—You voted for him. Twice.

—I don’t remember that.

—Well… it was different then. Everyone voted for Obama in 2008.

—Yeah, well… we know his history.

—Have you talked to him about the dossier yet?

—The new scandal. The Trump thing.

—Oh my god… “the dossier”… you just gave me PTSD. I felt like I was back in Guantanamo for a second there.

—Okay, well what do you think of it?

—I’m confused. The whole thing confuses me. I don’t know why… I don’t why everyone is carrying on about Trump being a pisshog, or being into pissplay. Even if the dossier is completely fake, it doesn’t say he peed on or got pissed on by anyone. It just says he hired two prostitutes to piss on a bed that Obama slept in. Which, you know… I mean, wow. Insecure much? But it doesn’t sound kinky to me. It’s just fucked up gross revenge. How could he not know the room was bugged?

—They’re saying he’s been compromised by Russia. Apparently they have “kompromat” on him.

—What is that? Russian pancakes? Oh my god, the food is so bad there. Don’t you remember? It was horrible. And all that vodka… ughhhh!

—Well, I for one enjoyed our study abroad program.

—Eh. Learning is overrated. These days I can’t handle it.

—Well, you went through something.

—Uh, we both did much? You were in it with me, Monica. You didn’t go to Guantanamo.

—No. That was Bucky.

—Okay… let’s talk about something else.

—Do you even care about watching Better Call Saul? I mean, don’t get me wrong, I love Saul, but… it’s a bit much, you know? Or not enough. I don’t know.

—You sound like you need to take a nap.

—Let’s watch all of The OA tonight. In one sitting.

—Maybe that’s why your memory is so bad.

Rooster fell asleep mid-sentence and Monica tucked him in for the night, and after a smoke of seed, she joined him for another calm night in the barn. On a warm January night, the world was quiet, the trees sang, and they savored it.