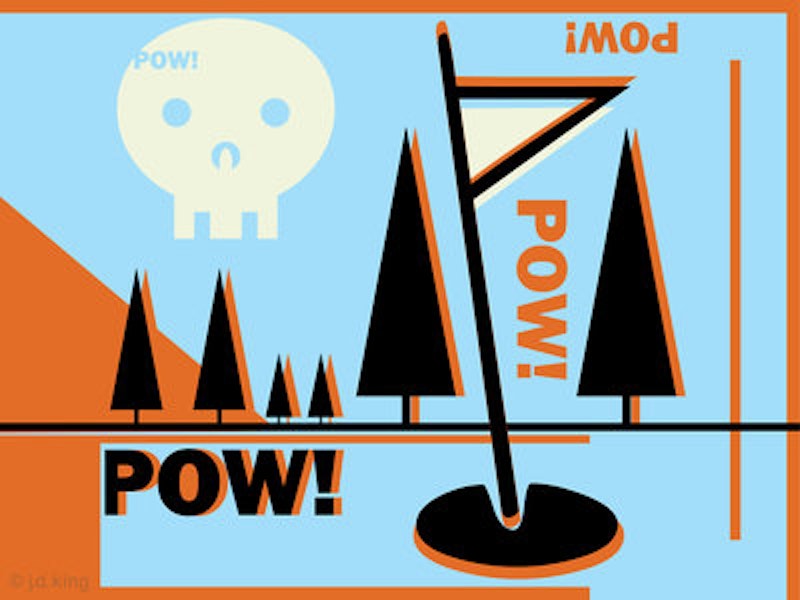 Davy woke in the strange house to sounds of kitchen racket. Groggy, he followed the noise down the stairs, along hallways to find Anne working away, cooking Irish oatmeal, chopping apples, brewing coffee. He liked these smells. The kitchen, like the rest of the house, was a pleasing mix of antique and modern, a balance delicate and bold.

“Hey! Good morning! There’s espresso. Help yourself.” Anne was drinking hers out of a very large mug, clearing cobwebs by the gulp. He poured a cup, sat down at the table and looked out a picture window at the autumnal mountain view. The terriers slept in the living room by the fireplace. This was the life! Davy had heard about places like this, mansions on vast acreage in the Adirondacks, owned by old money, money with roots in rum and spices, gunpowder and slavery, railroads and real estate, money attached to names familiar from scandals and history books, to families dating back to Plymouth Rock and Dutch settlers. Until now, the estates had only been hearsay, local legend to Davy.

Anne brought two bowls of oatmeal, with spoons stuck upright in the cereal, handed him one, sat down. She took a bite, then pushed her bowl away. “What do you wanna do today?”

“Me, too. But I’m not talking about deer or turkey.”

“What are you talking about?”

“Golfers? People! Are you crazy!”

“How so? They’re douchebags, a dime a dozen. Who needs ’em? And these golf courses are environmental nightmares. They really fuck up the water tables. Apologies to Sontag, golfers are the cancer of the human race.”

“Yeah! C’mon! Don’t be a chicken. In a week or two they close the course. No time for The Master Debating Society. Let’s go, pretty baby! I know the back trails that’ll give us a good view of the Thendara Golf Club. We’ll shoot just one, and it’ll get blamed on a hunting accident. It can’t go wrong. Cops are dumb and lazy. They’ll be delighted to wrap it up as an accident, file it away. Better to devote their time to ruining the life of some kid with a dime bag. C’mon! I’ll drive. Bring your coffee. And here’s a cap, a nice red hunting cap for you. You need a hunting cap if you’re going to go hunting. Clothes make the man.”

“Huh! A red hunting cap, like Holden Caulfield.” Davy was on board.

In a little while it was the three of them, Davy, Anne and a Winchester Model 1892 carbine equipped with a high-powered scope, settled into a cozy nest of grass, pines overhead. Lying on her belly, Anne locked and loaded the rifle, handed it to Davy and said, “Show me what you’re made of.”

Also on his belly, Davy held the gun butt against his left shoulder and squinted with one eye through the scope. Three happy chums clustered about 500 yards away on this unseasonably warm day. He gasped when he saw how close they seemed through the lens: he could almost smell them. This was too easy. With his prey so immediate in the crosshairs, how could he possibly miss? Dizzy and nauseous, his arms began to shake, his palms were slippery with sweat.

The crack echoed off mountains, a golfer’s chest erupted as he fell forward, to his buddies’ disbelief, onto his nine iron, the end poking into his chest wound, then out his back. Skewered by his club, he crawled like an infant, spasmodically, about this little patch of the green in his gaudy golf pants, chartreuse with little black bears, for a couple of seconds, then toppled on his side. A foot kicked before he gave up the Jersey ghost. One of his pals burst out laughing, braying like a mule; the other swooned, sleeve to eyes, a Victorian lass reincarnated.

“You killed a golfer. Now, let’s go! We don’t have time to waste getting all philosophical and shit. Cops may be dumb, but we don’t want to hand them our asses, tied up with a ribbon.”

They got to her Jag, breathless. Anne calmly motored north along Route 28, back to the mansion in the mountains, not a care furrowing her noble brow. Davy sat beside her, wiping his sweaty and very furrowed face with his palm. His teeth chattered and he fought down sickness. “What did we just do?”

Safely in her driveway, she turned to him and said, “God, stop with the shaking, already! You’re really quite the Candide, mon ami. Look at it this way: He had a generous life insurance policy. His wife and kiddies will cry boo-hoo until they collect a mint. Then they’ll say, Hey! Not too shabby! Let’s get a new car, a really cool car! Not a Ford or a Chevy or a Honda. Let’s get a fucking Bentley! His friends might be sad for a while. They’ll get over it. Friends always do. Time and wounds, y’know. Cemeteries are overflowing with the irreplaceable. Fuck him! Don’t go crybaby on me, nobody likes a crybaby.”

To soothe him, she kissed his forehead, then said, “Let’s go inside and smoke some dope. It’ll do you good. You’re my guy now. That should make you happy.”

Hand in hand, like The Bobbsey Twins, they went into the mansion, up to the room and smoked some dope. “Y’know,” Anne said, “technically I’m old enough to be your mother.”

“We could have some fun now...” he said, moving a little closer, nervously, cold sweat breaking out on his upper lip.

After kissing a few minutes, her hips began to rock like a youngblood’s, and Davy felt a stab of panic: Can I measure up to this passion I’ve just unleashed? But his fears melted, turned to liquid lavender, shiny as polished sterling, then a mist. They made opiated love for the first time on those paisley pillows, jazz playing on the hi-fi. He was her guy. And yeah, it made him happy. In fact, he was pretty goddamn happy once the initial jitters were left in the dust. Murder as an aphrodisiac. They fell asleep, blessed and entwined, floating in their dreamworld.