An Introduction to Jackson Heights

Look for the last remaining Jahn's. 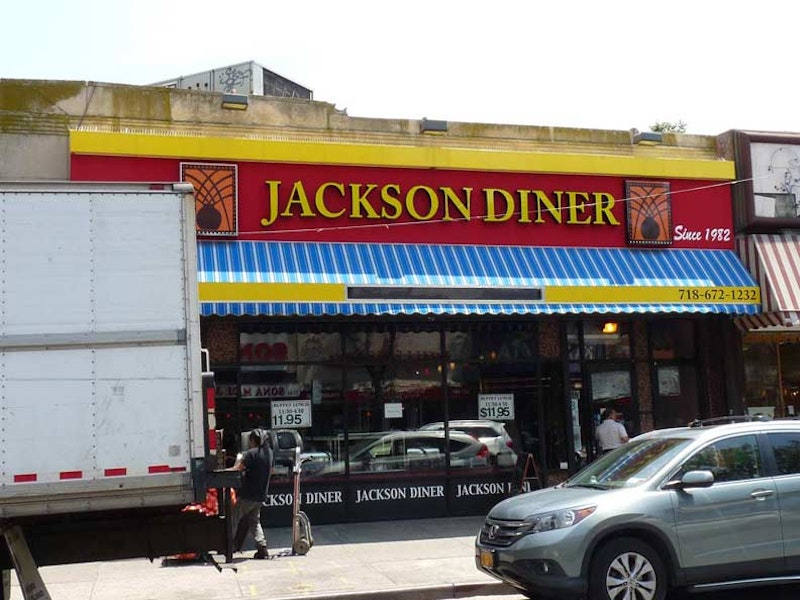 Jackson Heights is a neighborhood that was largely created out of a swamp in the early 20th century, where hunters once shot snipe and muskrat. While the #7 train that spans the neighborhood from west to east is celebrating its centennial, it “grew up” with Jackson Heights, a neighborhood of handsome six-story co-operative apartments, most of which surround a central garden.

The Queensboro Corporation and developer Edward MacDougall built now-landmarked housing along today’s 82nd Street; the area became known as Jackson Heights honoring John C. Jackson, who laid Jackson Avenue, now Northern Boulevard, out across the meadow beginning in 1859—the tolls were removed when the road acquired its new name. It was marked with a series of mileposts, one of which actually survived in place until 1987. Today it can be found in the front driveway of the Queens Historical Society at Kingsland Homestead on 37th Avenue in Flushing.

74th Street between Roosevelt Avenue and 37th Avenue contains New York City’s largest concentration of immigrants from India and Pakistan, and the stretch is famous for jewelry shops, the Butala Emporium (featuring imports and general imported goods from India) and restaurants like the Jackson Diner (above), 37-47 74th Street, popular for lunchtime Tandoori specials and buffets. Though truth be told, I had always been a bit partial to Indian Taj at 37-25, which is now out of business. 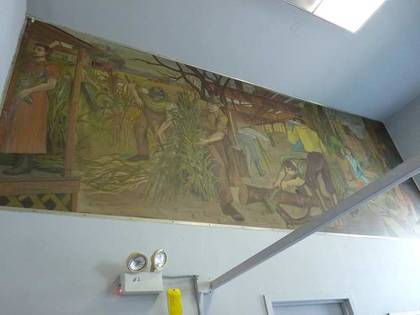 There are also extraordinary murals commissioned by the Depression-era Works Progress Administration to be found in the Woodhaven post office on Forest Parkway just off Jamaica Avenue, and murals depicting several Queens neighborhoods adorn the walls of the Flushing Post Office on Main Street at Sanford Avenue. 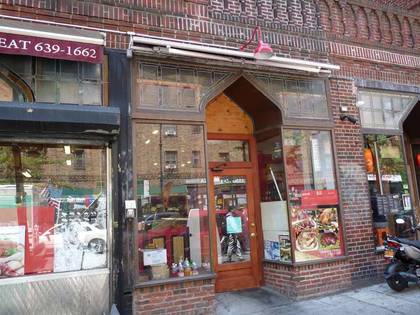 Between the 1910s and the 1930s, The Queensborough Corporation built a magnificent series of apartment buildings between 74th and 90th Street and from Roosevelt Avenue north to Jackson Avenue, now Northern Boulevard. The complex once had its own golf course and tennis club. Though time and demographics have altered the buildings, they remain a NYC treasure and own well-deserved places as NYC landmarks.

The Robert Morris Apartments, built in 1929 on the south side of 37th Avenue between 79th and 80th Street, still preserves what are probably its original molded doorways and cut glass facades. 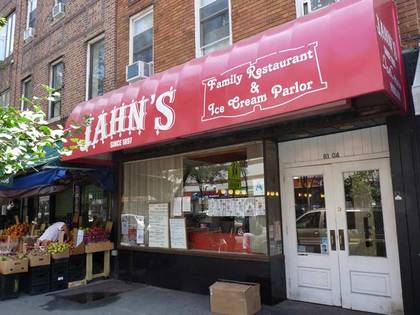 Jahn’s chain of ice cream “shoppes” once covered the NYC metropolitan area with a heady combination of lactose and sucrose. The first Jahn’s was opened way back in 1897 in Mott Haven, Bronx by John Jahn, which (disappointingly) is pronounced “John JAN.” His three children, Elsie, Frank, and Howard, opened Jahn’s in Jamaica, Richmond Hill, and Flushing respectively.

Jahn’s is most celebrated for its Kitchen Sink sundae, which is large enough to serve six.

One—and only one—Jahn’s location remains: 81-04 37th Avenue in Jackson Heights. A Richmond Hill Jahn’s on Hillside Avenue near Myrtle remained in business until 2007. Unfortunately, this Jahn’s does not contain the classic stained-glass fixtures and red leather seats that its Richmond Hill entry did—its interior is rather mundane. But the menu is still classic. 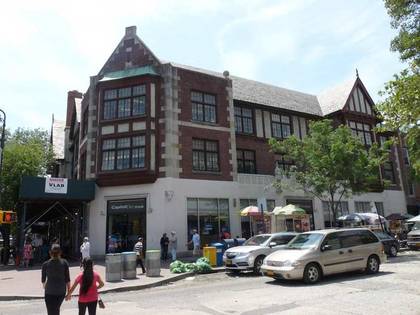 Queensborough Corporation offices are still marked at 37th Avenue and 82nd Street, one of Queens’ busier intersections, by a large Tudor with casement windows and a stylized rams’ head set in concrete. According to Jackson Heights chronicler Daniel Karatzas, the offices were “lavishly decorated with fireplaces, a beamed ceiling, leather sofas, and oriental rugs. Squash courts were located in the basement.” 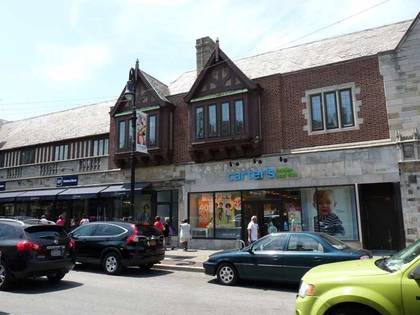 English Gable residences dominate along 82nd Street, which reportedly got Queens’ first set of Bishop Crook lampposts in the early 1980s after a 40-year absence. The gables were designed by architect Robert Tappan and completed in 1928. Most shoppers on this incredibly dense and busy section of Queens barely look up to notice the singular achitecture. 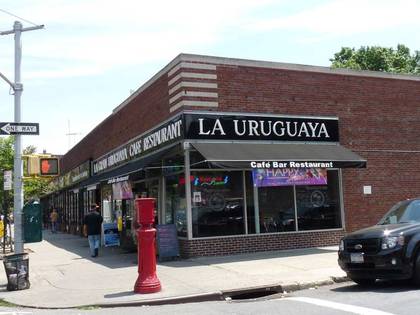 As deeply invested as the area immediately surrounding 74th is to Indian and Pakistani culture, just a couple of blocks east you are surrounded by Mexican, Columbian, Uruguayan, and other immigrant populations of countries from Central and South America; indeed, the #7 Flushing Line elevated running along Roosevelt Avenue has been dubbed the “International Express.” 37th Avenue, for its part, was originally a plank road to Flushing that predated John Jackson’s toll road and may even overlay an ancient Native American trail. Indigenous peoples, Americans of long-standing presence, and immigrants from far-flung locales have all contributed to present-day Jackson Heights.