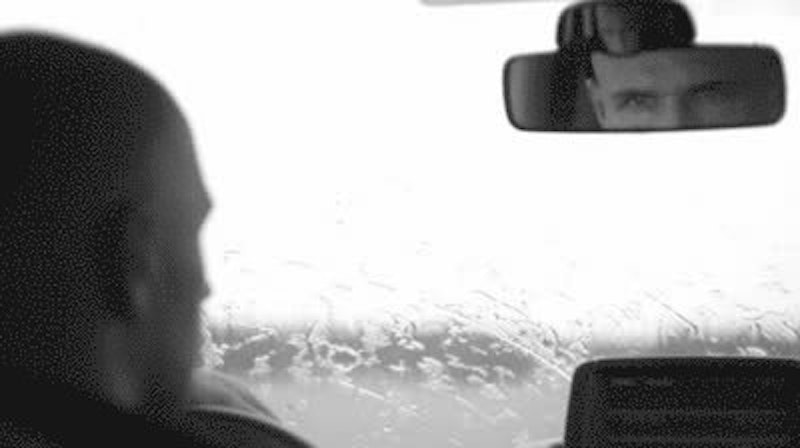 He felt the familiar shame wash over him. His right hand unknowingly reached to his throat, he could feel the fear there and threatened subconsciously to strangle it. He knew it was wrong, this insatiable desire he felt to be covertly aroused in a group of people, in public. He wished he could make it stop. He could not.

The college girls came in and out of the supermarket in small clusters, usually, bobbing their ponytails, pulling sweatshirts around them if the weather was chilly, like today. Sometimes, he saw the responses of their bodies to that chill, and it excited him greatly. He pretended they could see him, and were turned on by his clandestine yet open activity.

A fresh threesome of college girls bounced past the front of his car, and as he watched them walk away, their toned asses swaying ever so gently, he could contain his excitement no more. Looking around once more, he unzipped his pants and reached inside. The magazine open, he proceeded to pleasure himself. He closed his eyes, and in his mind he saw the three college girls, their naked breasts pressed up against his car window, clearly excited by what he did. He swallowed down the shame that kept threatening to rise in his throat like bile, eager to finish his socially abhorrent behavior, the fear…  always the pounding fear of getting caught.

Several cars away, she watched. The man never saw her, though this was the third time she had watched him, stumbling upon his activity one day when she approached his car from behind. He hadn’t seen her. She had quickly retreated to her car that day, at first horrified. She made a move to call the cops, and then stopped. She didn’t know why she stopped. She had looked for him several times since then, figuring she could call if it happened again, knowing she wouldn’t. At home, alone, late at night, she thought of what she’d seen. She was surprised to find it has turned her on. She knew nothing in society made it okay for her to feel excited by some perv in a parking lot, but she found it had become a part of her fantasy life. She had watched him a second time, and found herself with a jacket over her lap, mirroring his activities, also trying to disguise them. His face, the way his head tilted back ever so slightly, the way he closed his eyes, the barely-perceptible motion of the car as his breathing became heavier. All of it made her crazy.

Today, the man stroked himself. Today, the woman got out of the car. She walked toward the grocery store, and then doubled back, tentatively toward the passenger’s side of the man’s car. She approached silently. She waited, watched. He didn’t notice her at first. When she reached the window and looked in, he looked up at her: surprise, horror, fear, and the pinnacle of excitement. She smiled at him, and walked away.