I was emotionally exhausted. 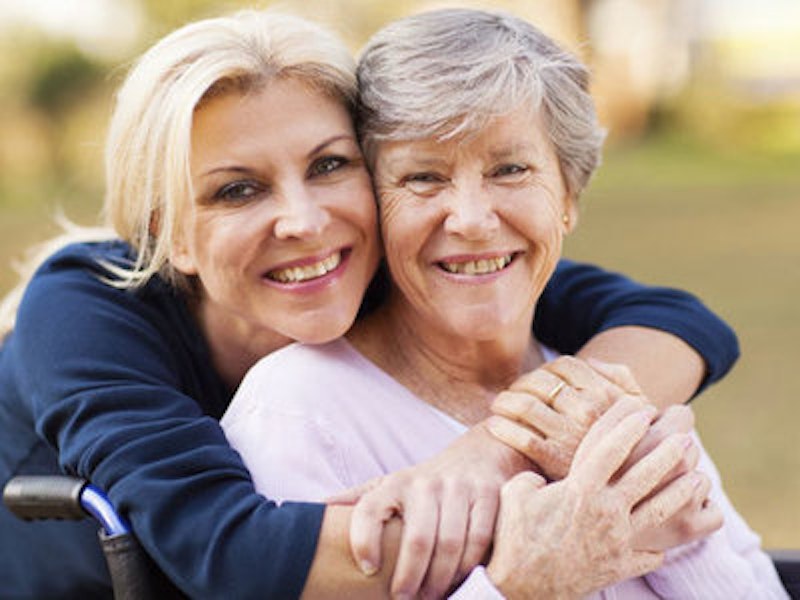 It all began the morning of November 24, 2014. A routine trip to the grocery store turned into a nightmare when mom fell and broke her hip. When they wheeled her into surgery hours later, none of us had any idea of the nightmare that was to come.

Mom entered rehab on December 1. She did very poorly there, with no energy or appetite. She was there seven days before they took her to the Emergency Room with pneumonia and a severe urinary tract infection. She spent 16 days in the hospital and was released to another rehab facility on Christmas Eve. Unfortunately that didn't last long because again she was constantly nauseous and seven days later, on New Year's Day, she returned to the Emergency Room with dehydration and pneumonia. Mom spent another 14 days in the hospital and on January 15th was finally released to the previous rehabilitation center.

In total, mom spent 30 days hospitalized between November 24th and January 15th. Most of that time was spent in CCU, PCU and ICU (where at first she seemed to do well until she went to a regular room and seemed to go somewhat downhill again). There were times she'd refuse to eat and take her meds in the hospital. She endured a plethora of antibiotics (which risked C-diff) and suffered from depression and hospital delirium. She often hallucinated, her mind warping the things she'd seen and heard. The doctors argued that she had some kind of dementia and I objected. No way did mom have dementia. I did my research and her illness was more like "hospital delirium" which is a serious medical condition. It's amazing to me that in such a well-known and reputable healthcare facility not one person I'd talked to who worked there had ever heard of it and yet... the Mayo Clinic considers it a serious illness.

There were times when mom's will seemed to fade and we thought she was nearing the end. At times, she seemed ready to give up. One day I walked into her hospital room and she was in a chair which the nurses made her sit in to help clear her lungs, usually 15 minutes at a time. Her face was pale, her hair a mess. She kept looking at the clock and complaining about how much time she had to spend in the chair. When the 15 minutes were up, the nurses refused to move her back to the bed, and made her sit another 15. I knew she had to endure sitting up, to get her lungs clear if she was going to live.

During all this, I worried about what would happen to grams if mom didn't make it. Grams, who was then 97, had always been robust and vibrant, but two weeks prior to the fall she hadn’t been feeling well. On the day mom fell, she’d apparently passed out briefly on the floor of her kitchen. We’ve no idea why but speculated that maybe it happened at the time of mom’s accident. Grams was not ready to go anywhere just yet but we knew mom’s illness was taking its toll on her and knew she wouldn’t survive if mom didn’t.

We weren't ready to let mom go just yet but weren't sure how to get her to keep fighting. Sometimes we were gentle, sometimes we begged her, and sometimes we used a tough-love approach. We’d tried everything and just couldn’t get through. It became apparent mom was going to have to find her strength on her own.

During her stay in the hospital in January, mom finally asked for a tube and they reluctantly gave her one. We were adamantly opposed to the feeding tube because of the risk of infection but mom was still able to decide what she wanted so we stepped aside. But, the night she got the tube inserted she realized she actually didn't want it. And not long after they inserted it, she asked them to remove it, which they did. After that she began eating and soon she got stronger and on January 15th she returned to rehab.

Finally, on March 14th, on what would've been my dad's 69th birthday, after eight weeks of occupational and physical therapy, uninterrupted by hospital visits, mom was discharged home. Thinking she was in the clear, we breathed a sigh of relief on that first night. Unfortunately, the relief was short-lived. The day after she arrived home, mom was hospitalized again. The home health nurse had visited her and when she took her blood pressure it was dangerously low. At the hospital, doctors discovered three blood clots in her legs (which had caused the swelling and pain she'd had for three months while in rehab) as well as abnormally thin blood. The first question the doctors asked was "who overdosed your mother on Coumadin?" Interesting question considering mom didn't take Coumadin.

The first two days mom was in ICU her spirits were very good. She wasn’t showing the typical symptoms of hypotension. They were treating her blood clots and thin blood and she was eating, laughing, and generally feeling okay. But after spending the remaining four days in a regular ward, her mental and physical wellbeing deteriorated. By the time she was discharged from the hospital six days after entry she could barely get in and out of her wheelchair. It was like everything she’d accomplished in rehab had been reversed.

The first two nights mom was home, I cared for her myself.  She was in pain from the clots and was so weak. It didn’t take long before I was mentally and physically exhausted. Mom sensed my frustration and felt guilty. I assured her it was not her fault and that if the situation was reversed she’d do the same for me. On the second night, my friend Susan visited and took me to the store to get some supplies. We sat in front of the store in her darkened minivan when Susan turned to me and said, “You can’t do this yourself, mom’s too weak.” And at that moment I had a panic attack. Susan held my hand and prayed, asking God to look out for my family. My friend saw my pain and fear and told me what I needed to do. We called my sister. I hated having to ask her for help but the reality was I simply could not do it alone.

Over the course of the next week, my sister and I took care of mom together. We both slept in the living room, me in the chair, her on the couch. We always slept light with one ear alert so we could hear mom when she called us. Though we were of great help to mom, my sister and I had very different ways of doing things. I’m calm, my sister is not. When the first week was over, she returned home to hunt for a new job as she'd been fired for having to take off to help take care of mom.

I was worried about how I'd manage on my own with mom and talking with friends regularly helped, especially Anne, who’d been a caregiver for her own mother. There were times I was so worried and exhausted I didn't think I could keep going and Anne reminded me that I could do it, and that I would do it.

I developed a routine and we had our good and bad days. On good days, mom's legs hurt from the clots but the pain wasn't too bad. She moved around with her walker, worked with her therapists and occasionally I heard her humming, which meant she was in good spirits. Those were days when mom kicked ass and I had hope that things were going to be fine. On bad days, there was lots of pain and she felt horrible.

At night, mom would go into her bedroom and watch television until she fell asleep. I'd clean everything up, close the house down for the night shower and change so I could relax. Most days my back hurt from not sleeping in a bed and from lifting, bending and moving around constantly. And I was emotionally exhausted. Sometimes at night, I'd relax in the recliner in the living room and hope to get a few hours of sleep and other times I’d go outside for some fresh air. On those nights, I’d walk around the property and stare up at the summer night sky. It’s the countryside, so it was quiet save for the sounds of water gurgling in the pond and the chirping of crickets and frogs. I'd look around, close my eyes, and remember what it was like living there so many years ago. There were so many memories of family and good times.

Over the course of the eight weeks that I stayed with mom, she made remarkable improvements. It was definitely a team effort to help her recovery. Still, I sometimes worried it wouldn't be enough for her to be there without someone living with her. I was torn. I didn't know if she'd be ready to live alone and yet I knew I couldn’t stay beyond the eight weeks. I had to go back to work as I’d exhausted every hour of sick and vacation time I had accumulated while out on FMLA. During these times when I began to worry, Anne would give me advice based on what she'd learned helping her mom and again it helped calm me and keep me focused.

Five months after I packed my bags and went back home, one year after the fall, mom is doing great. She’s had a rough time, but made it. Through the worst, she still had that fighting spirit and became determined she was going to kick ass and regain control of her life.