I can’t waste another half-hour searching your database for something to watch. 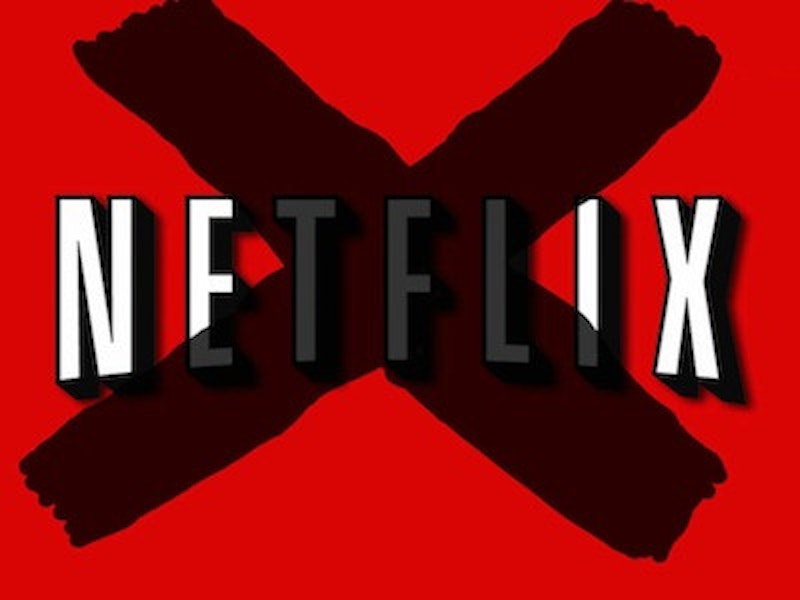 It’s time. I can’t do it anymore. I appreciate the opportunity to binge-watch Breaking Bad and Sherlock and it’s been cool checking out Black Mirror. But I’m done. I can’t waste another half-hour searching your database for something to watch. Every night is the same. I start with the “recently added” list. Nothing interesting. Go to the “comedy” section and try some unknown Australian series with incomprehensible dialogue and an intrusive laugh track. Click on “drama.” Everything’s a sleeper as in “puts me to sleep.” I scan through the “award winners” and “now trending” categories. Nothing pulls me in. I end up in the same place every night, some wildlife documentary narrated by David Attenborough.

We’ve been together for six years now. At first it was great. You dazzled me with indie comedies like Maron and Documentary Now. You surprised me with British dramas like The Crown and Luther. I caught up on The Office and got some laughs from Trailer Park Boys. When all else failed I could always opt for an episode of It’s Always Sunny In Philadelphia. Then Sunny was pulled and I had no default choice. I tried your original hits like Stranger Things. I may have liked this when I was 12, but as an adult it plays like derivative 1980s dreck. I sampled American Vandal. I couldn’t sit through 10 minutes of this one-joke garbage.

And what’s the deal with all the serial killer programs? Mindhunter, Making a Murderer, Killer Couples, Killer Kids, Killer Legends, Nurses Who Kill, Interviews With A Serial Killer. Who’s your head of programming, David Berkowitz? And not to be picky but I think you might want to cut back on the Hitler shows. Hunting Hitler, Hitler’s Circle of Evil, Hitler’s Bodyguard, Hitler in Color, Hitler a Career, The Dark Charisma of Adolf Hitler. I’m waiting for a Hitler cooking show where a culinary historian teaches us how to prepare Hitler’s favorite kugel recipe. Or how about Painting with Adolf where a young Hitler lookalike teaches the viewer to paint with anger and aggression, (an anti-Bob Ross if you will)?

Every once in a while I find a gem in your library like the indie thriller Wind River. But then I notice your rating system only gives the film three stars. This is odd since your original programs all have five stars even before the film is ready for viewing. And please tell me what’s up with your viewer algorithm settings? I watch two seasons of Aziz Ansari’s Master of None and suddenly you think I want to watch every Indian movie ever made. Thank goodness I didn’t click on that child sex trafficking documentary you recommended.

I keep trying your original productions. Just last week I sampled Maniac, Hold the Dark, Like Father and The Good Cop. Each one was horrid. Granted, your basic $7.99 plan is reasonable. But time is money and I’m wasting too much time scanning your library.

Not that you want my feedback, but here are some suggestions. Stream a few more classics like the Orson Welles films you played in September. Focus on the movies of foreign directors like Wim Wenders, Francois Truffaut or Mike Leigh. Stream more comedies like Withnail and I or Living in Oblivion or anything by Jim Jarmusch. How about more high quality documentaries? And while we’re on the subject, please inform programming that Somebody Feed Phil is not actually a documentary. It’s more of a “Let Me Show You How Rich and Special I Am,” the same category where you’d find Comedians in Cars Getting Coffee and Real Rob.

You can cut back on the Adam Sandler and Will Smith flicks. And I don’t think you need any more shows about Columbian drug cartels. The standup comedy specials are getting a bit much (though Chappelle is awesome). And the old TV shows you keep reviving like Fuller House, One Day At a Time and Lost in Space. Stop it. They were terrible the first time.

Maybe you’re having an identity conflict. You’re not a television network and you’re not a cable channel. You call yourself a streaming service but this is vague. Sorry to be so critical. We’ve had a fun six years together. I’d like to be able to say, “It’s not you, it’s me.” But it is you. You’ve gotten too negative. You’re obsessed with drugs and murders and everything that’s wrong with the world. I’m looking for something more positive, more inspiring, more evolved. But I want to thank you. Because of you I’ve gone back to reading before bed. It’s nice being reminded what good storytelling is all about.