The Extraordinary Delusion of Being a Writer 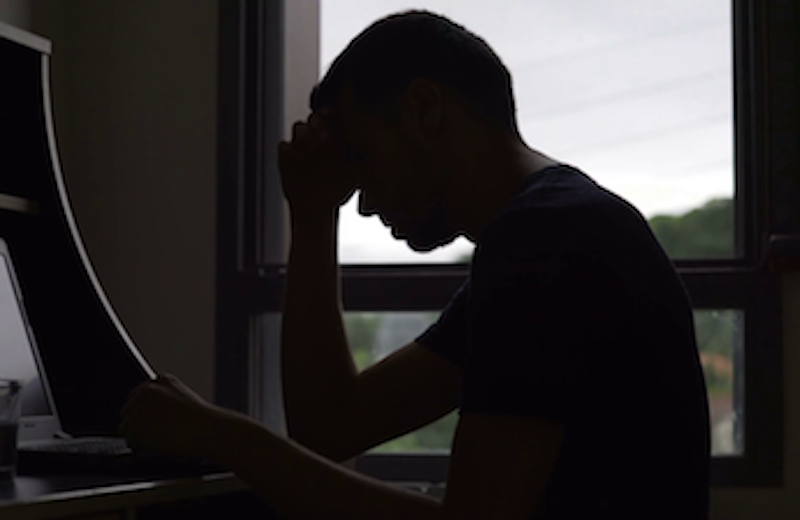 There’s a book from long ago called Extraordinary Popular Delusions and the Madness of Crowds. It’s a history of tulip mania, witch fever, things like that. I haven’t read it. But clever people can’t help hearing about this book—the title is too good—and sometimes we talk about it. For example, a friend and I were on the subway after work and asked ourselves this: what would be a modern-day equivalent of these old-time crazes? I had a bright idea. “It’s something we believe,” I said. My friend acknowledged that, yes, it would be something people believed. “No,” I said. “You and me. Something you and I think is true.” He hurried to co-sign this and we considered what the belief might be. Nothing presented itself. We moved on.

Still, my bright idea was correct. My friend and I are born suckers, and at that moment I managed to take notice. Not that I’ve done much with the knowledge; I continue to be a sucker. Yet I’m proud just because I saw. After all, seeing means I’m smart. Excuse this look at my mental undergarments, but here we go: being the one who sees means being the one who has a future, who’s going to be someone. Catch myself being bright and my personal future looks good. For instance, I see that I’m a sucker, and also that my friend is, and my friend doesn’t catch on until I tell him. In my private world this rings the bell. But I really am a sucker, so the bell does me no good. In fact it’s part of my suckerdom.

In the years since the conversation, I’ve decided that recreational sex was the silly popular delusion my friend and I shared. Fair enough. The population is chasing sex-as-thrill and the splendor of being a star in bed. The aim is to get volunteers out of their clothing so that one may enact scenes of personal glory, and the scenes involve the strangers’ genitals. Somehow most people get nowhere with this, and many of those that do wind up unhappy. Or so I hear. We’re chasing a chimera—no, just you guys are, since I’ve given up. But there’s more than one chimera about.

Why did I think being Mr. Insight meant such a bright future? Because being perceptive meant you were cut out to be a writer, and that was the only future I had in mind. To be able to write is to be special, and without this specialness life is parched. That was my delusion, and I use the past tense out of optimism. My silly belief has sat atop me since I was 11 or 12, back when teachers talked to each other about little papers I’d written for school. I can’t imagine my life without this belief. I suspect, dimly but wildly, that things would’ve been far less stupid. But past that point I can’t venture.

Of course, I’m silly in general. I’m a neurotic and a procrastinator. I go astray instead of going on target. I’m a loser, okay? But here’s the twist. Silly as I am, I find that there are hordes of people who are just as silly in one particular way that’s key to my diagnosis and significant to theirs. I mean silly about writing. Look at us, with the how-to books and the conferences—it’s an industry. Or the fools who contemplate the system of slush piles and agents and shrivel their souls at the thought of what “they” will accept. Or the people whose mental throats pinch shut when the time comes to deal with word on word. Mighty souls can be abashed by the prospect. Consider the mother of a girl I knew. This fearsome woman (we spoke for 30 seconds of my life and she browbeat me like her Japanese man-servant) hounded her girl and another daughter and two sons through collective decades of grade grubbing and contact making at various private schools and Ivy League institutions. But look, she had a project she couldn’t finish. There was a play she kept trying to write, and she couldn’t. Worse, she couldn’t give it up. Act II was always getting worked on, and there was nothing Mother could do. She was pinned.

The soul gets pinned when the whole self is involved. Here’s the mass delusion we’ve lived: that writing is an identity and not an activity. Like the saying goes, we want to be writers, not to write. A writer is a star, and one that shines by means of homely materials right at hand: these words, some periods, thoughts, and there you go. Figure out Act II, that transition there, and you won’t be you anymore. You’ll be a writer and the world will bow.

That’s the dream and it’s transfixed too many of us. Teachers single us out for praise just as we realize we have brains, and after that weakness does the rest. This weakness lives in each of us. We want to be bolstered by stardom, the deluxe-brand version of identity sold to us by modern life. Absent it we feel absent ourselves, a blank that can’t get anywhere.

The girl, the mother’s daughter, couldn’t write. Her thesis adviser senior year was appalled. My friend on the subway had talent and talked big talk, but he couldn’t write either. He finished nothing, and after a while he started nothing. I suppose now he just drinks in a bar, like Charles Bukowski. I write. I’ve spent decades writing. But I’m not a writer because I’m just me. If people would make a fuss about me, I might lose sight of that fact. But they don’t. I’m left with my knuckles and the keyboard, one more chimp keeping active.

I’m like anyone: I wanted a new self. I’m stuck with this one and all I can do is tell people.