With your stupid rules. 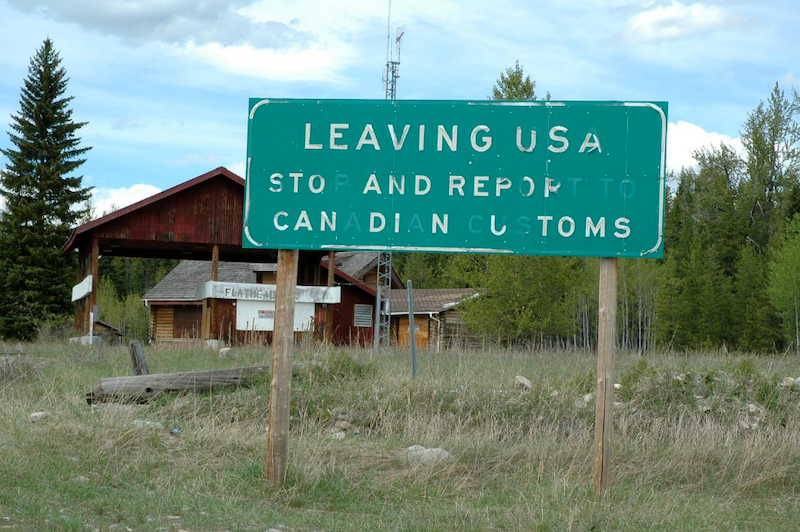 A client of mine wants to pay me but can’t. PayPal won’t let me take the money. She might wire the money, but the bank charges a fee. She might send me a check, but from England to here is a long way for a letter. PayPal might as well unbend and let me accept my $800. It won’t. Why not? Well, I’m afraid that here Canada gets involved. The country where I’ve made my home piles on rules the way Dagwood piles on sandwich fixings. For instance, I can’t call the immigration department—something that I, as an immigrant, sometimes must do—unless I borrow my landlord’s cell phone. Why? Because you have to call from inside Canada. Of course, that’s where I am, right here in Québèc. But I’m a hermit and don’t have a phone, just Skype. My Skype number has a U.S. area code.

Pursuing the PayPal mystery, I felt a chill when I realized Canada’s involvement. It was as if something large, woolly, dumb, and improbable had dropped in my path. Let’s say a sheep dog’s paw, but only if the sheep dog in question is two buildings high and looking off toward fragrant turds several counties away. The sheep dog isn’t concerned with me; its paw is just where its paw has to go. The paw took the form of this block of text:

You must submit an attestation from a commissioner of oaths or a guarantor attesting that they have seen your original, non-expired birth certificate, passport, provincial health card*, or driver's license. A guarantor must be a Canadian citizen and can be: a dentist, medical doctor, chiropractor, judge, magistrate, lawyer, notary (in Quebec), notary public, optometrist, pharmacist, professional accountant, professional engineer, or veterinarian. The attestation must be submitted on a legible copy of your identity document and must include:

The name, profession, and address of the attestor (commissioner of oaths or guarantor).

The signature of the attestor.

The type and number of your identity document.

The asterisk marked the presence of the following footnote: “We can't accept health insurance cards for Ontario, Manitoba, Prince Edward Island, Nova Scotia, and New Brunswick.” Health cards are Canada’s most common form of ID. Not only that, but the country has just 10 provinces. The meek little footnote takes in fully half of those provinces and includes the one that’s by far the largest. (That’s Ontario, Americans.) Add up populations and about 49 percent of Canadians get hit by that snag. Yet the announcement pretends that this is some modest exception.

I mind because the footnote is the cherry on the Canadianess of it all. But here’s the chocolate fudge. Did you notice about dentists up there? And chiropractors? Not to mention optometrists, veterinarians and professional engineers (please, no amateurs). In theory this helps the beleaguered citizen. After all there are more people who can sign the necessary document, or “attestation.” But in practice nobody sees their dentist, chiropractor, etc., unless they pay for the practitioner’s time, and the practitioner may be reluctant to depart from his or her occupation to plant a signature on some unfamiliar legal document. In practice, really, the proviso just rubs in that none of this has to make sense. A veterinarian? Why?

And, come to think of it, why is my identity in doubt? No explanation. Except, from far above, the snuffling bark of the sheepdog. The wind translates the words. “Because Canada,” it says. That’s why.