How Woody Allen Helped Me Solve a Brooklyn Mystery

What happened to First Avenue? 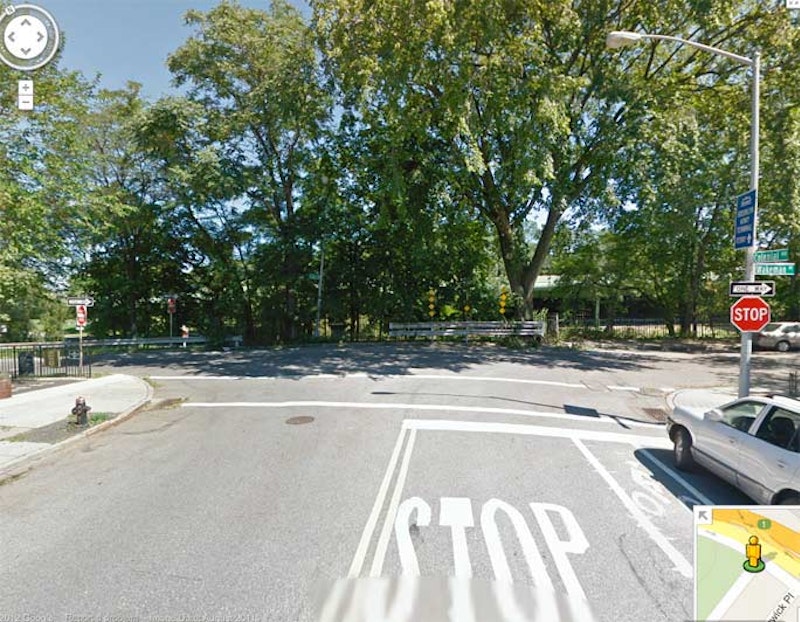 A mystery about Bay Ridge, Brooklyn was cleared up for me recently, and I had Woody Allen, however indirectly, to thank for it.

Sometimes it takes unusual convergences to come together to make up a Forgotten New York listing. Today, two separate websites, my childhood nerdiness, and the 1977 Academy Award winning picture came together to solve a mystery that had been in the back of my head for years.

I was a very strange kid. Now, if you have been reading forgotten-ny.com for 17 years, that comes as no surprise to you. However, while I had my share of friends as a kid, I was never the most popular and got bullied a lot, decades before pop and sports stars started making videos encouraging kids not to do it. My father was right about many things, and to his eternal regret I was not more athletic and chose to run off instead of confronting tormentors.

One of my odd habits was collecting as many street maps of NYC as I could (in those days, Hagstrom and Geographia pretty much dominated 90% of that market). Rand McNally’s NYC maps were inferior, and still are, and though there’s a large number of NYC mapmakers now (and I’m not even including the ones in the GPS devices) Hagstrom went to a computerized version years ago, while Geographia, a company about which I know very little — they have never done much to publicize their stuff — has wisely stuck with the hand-drawn editions they have used for decades.

Geographia would also put out what they called the Little Red Book—not the philosophies espoused by one of history’s great butchers, Mao Tse-Tung, but a list of all the streets in a borough, where they began and where they ended, what bus and train lines went there, and what the house numbers were. I pored through the Little Red Book like it was the Talmud, the Pentateuch, the Federalist Papers, the Necronomicon.

I also rode my bicycle to every nook and cranny in western Brooklyn, with an especial emphasis on Bay Ridge. I knew and still know where all the hidden alleys were, named and unnamed; I knew where the haunted houses were before the wrecker’s ball visited them; and I knew about the half-block long cemetery containing the bones of Revolutionary War fighters was (Narrows Avenue and Mackay Place) 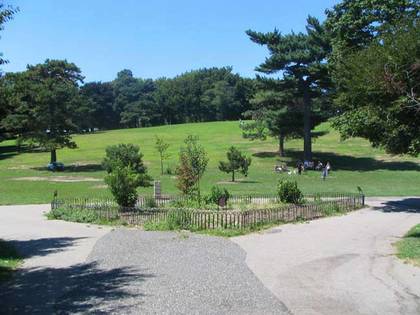 Close by that little cemetery is Owl’s Head Park, a green oasis on a hill overlooking the Narrows, with views of Staten Island and the Verrazano Bridge. No one quite knows how the park got its name, though it’s speculated that the gateposts of an estate belonging to a senator who lived in the area sported a pair of carven owls’ heads. (Brooklynite and The Fiery Furnace's Eleanor Friedberger wrote the first song about Owl’s Head Park that I know of, and it’s quite affecting.)

But Owl’s Head Park is not the mystery.

When looking through the Little Red Book for Colonial Road, the book stated that it ended at Wakeman Place and First Avenue. Now, my perambulations had already revealed that First Avenue ended at 58th Street, at the gate of the Brooklyn Army Terminal, about eight blocks away.

When I rode my bicycle to Colonial Road and Wakeman Place, I found no trace whatsoever of First Avenue. Colonial Road ends abruptly at Wakeman, with no trace of it continuing on as First Avenue, as Ridge Boulevard continues north as Second Avenue a block east. I filed that Little Red Book listing away in my brain as an archaism or atavism that the book’s editors had never bothered to correct. And so it sat there, in the back of my brain, for over 30 years.

Then, in a Scouting New York entry that lists the film settings of the Woody Allen/Diane Keaton classic Annie Hall and what the various NYC settings look like now, there’s a bit about stone eagles at the Central Park Zoo “that came from a 1912 bridge that went over Shore Road from First Avenue in Brooklyn. The eagles found their way to Central Park in 1941 after the bridge was demolished.”

Inquiring further about that bridge, I was directed to an Ephemeral New York listing that discussed it. 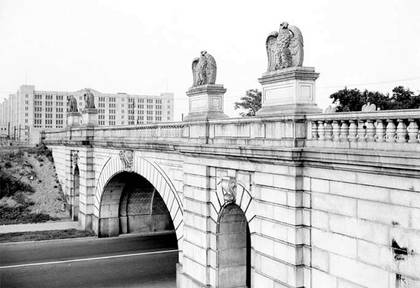 It was a magnificent arch bridge that carried Colonial Road over the twisting Shore Road Drive, which originally connected Shore Road and Fourth Avenue but now serves as a feeder road for the Belt Parkway. Once over the drive and on the grounds of the Brooklyn Army Terminal, which opened in 1919, Colonial Road became First Avenue. While the bridge, according to New York City Parks opened in 1912, traffic flow may have been restricted into the BAT as early as its opening in 1919.

So, Colonial Road once did indeed turn into First Avenue at one time. But when the Belt Parkway was built by Robert Moses in the late 30s, the bridge was destroyed, but the eagles wound up at the Central Park Zoo. And that’s how Woody Allen helped me clear up my confusion about an outdated listing in the Little Red Book. 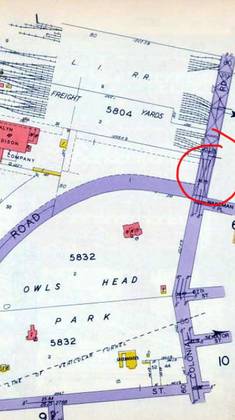 The outdated listing in the Little Red Book continued for several decades! I wish Geographia would hire me to clean up details like this.