And getting better all the time. 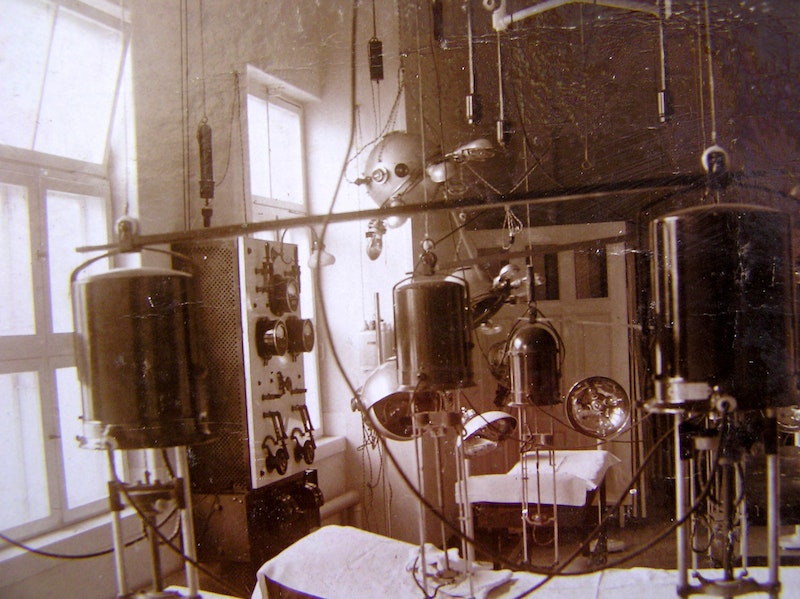 “No one is certain how ECT works.” This, from the medical literature given to patients, hardly fills one with confidence. “An electrical current is passed through the brain to produce an epileptic fit... The idea developed in the days before effective medication.” Again, statements like this are eerie and disturbing, one of many reasons why I was psychotically adamant I’d rather die than have ECT. In fact, two weeks ago I snapped my spectacles in order to slash my wrists in the shower, but luckily the plastic was too dull to cut the veins deep enough.

It’s now around four p.m. on January 4th and this morning I had my first (of four) sessions of ECT. Allowed an early morning cigarette, I was driven from Green Parks House acute ward to Queen Mary’s hospital in London. The Last time I was here was in late June after being stabbed in the head by two assassins, losing a life-threatening three pints of blood. They’ve been on remand ever since, and could face attempted murder charges. Since then, I’ve been homeless and spent seven months in three different acute units. I absconded from all three on multiple occasions. I’ve been given a various cocktail of medication to try and stabilize my extreme, bitter mania. Eventually my doctor suggested ECT, which filled me with a Kafkaesque sense of horror. While clear to me now I was suffering from resistant mania (along with severe depression, the most common illness ECT is used to treat), I’d seen One Flew Over the Cuckoo’s Nest too many times, and the ECT torture porn sequences where a conscious Jack Nicholson is held down and forced to have the treatment with no painkillers, his face contorted in agony. However, I realized the only way I’d ever be released would be to accept there was a problem, and that ECT may be the answer. I rolled the dice and said okay. Because of my constant escapes, my leave has been withdrawn to one hour a day for the past few months. I even spent Christmas Day in hospital. Aside from prison or possibly a cancer ward, few places are as depressing as a psychiatric ward.

At Queen Mary’s the staff were professional and polite, and I even felt a little excited. It’s not every day a bolt of electricity passes through your brain, and I’ve always had a tendency toward masochism. I’ve self-harmed, attempted suicide and deliberately chosen to become a crack and heroin addict. If I could act as self-destructive as that, why not give ECT a whirl?

I remember only parts of the operation, the sharp needle inserting into the back of my hand to administer the anesthetic, the oxygen mask on my face, and then waking up groggy with a slight jaw ache and a pain in both temples.

When I came around, I felt happy and the word that summed up my feelings was buoyant. Bad memories, like the attempted Yardie BMX acid attack last Halloween, the real (or imagined) demonic dark side of the moon growing claws and falling from the sky, the gun pointed at my head in Shepherd’s Bush Green on Guy Fawkes Night, the stabbing in June... my mind hadn’t been wiped of these memories, but they no longer had any negative or special significance.

In the cab back to the hospital I called my Mum.

“How do you feel?” she tentatively asked.

I have three more sessions of ECT to go over a period of two weeks, and then in all likelihood I’ll be re-housed and discharged.