A Note to All My Friends

Here’s to another toast! 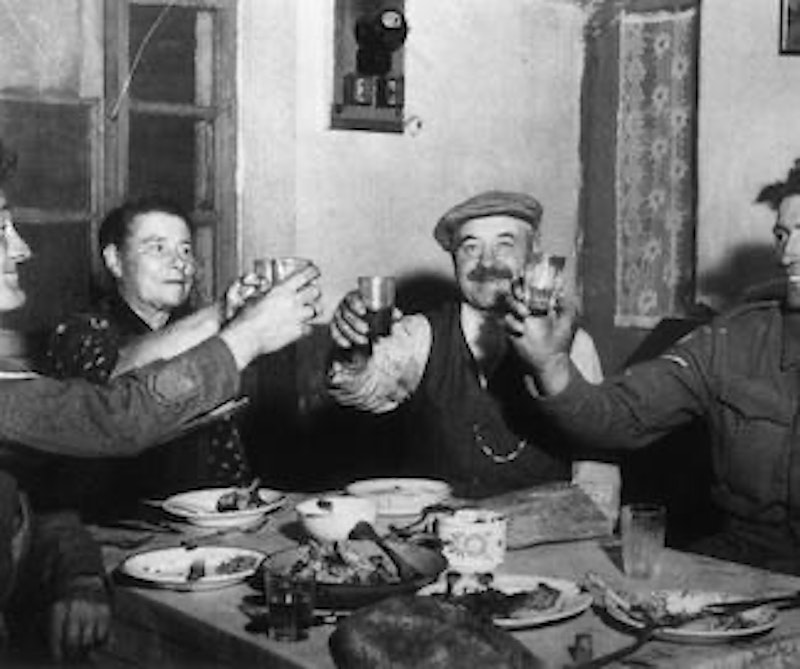 One more hearty toast for the New Year. Raise your glass for the hell of it. Notched like a kill mark carved in the collective wooden psyche of afterthought. Writing down a private good riddance list of displeasures on paper napkins to be burned in a glass jar at midnight. We are taking care of business in an insipid age of supreme idiocy.

I wrote down the names of people who plagued my mind for years. Who they are isn’t important, nor the reasons for my choices. Mere ghosts from a past that no longer plays a part. The sacrifice of burning unwanted energy in itself a symbol signified all that’s needed to know. Making a wish before blowing out birthday candles.

Fire releases bad spirits and negative hoodoo. An ancient ritual for modern times. Whether it holds water in leaky reality is unknown. Watching the paper napkins burn slowly as clouds of smoke waft into the dark night sky. There’s a relief. Light as a feather. Floating giddy slap-happy release. The weight of slights real and imagined slowly consumed in flames. Nothing and no one can do no harm.

Torching those names allowed something new to occur. The release of an internal obsession combustion with those ideas outside my comfort zone. No longer feeling the bedeviled necessity to waste another thought on those who tortured my daily existence. I now think of them as harmless distractions. Now permanently erased from my skull. People I knew in some other past life. They came as friends smiling with shit-eating grins. They were backstabbing opportunists, including strangers who screw you from a long distance.

It's crazy how others can affect the quality of life. Once inside they'll stomp around until your brains are mush and you're unable to function in a normal state. No doubt it's my fault for opening the door to my subconscious perceptions. Laying the welcome mat at their muddy feet. Given the chance others will royally fuck with you if you let them. It’s a must to be open to all and wary of any who may cause harm or inflict pain. Drawing lines imaginary lines in the dirt. It's self-preservation that keeps us safe.

Always in the middle of Oblivion Road in Podunkville. Saying things people don't want to hear. Stretching the point until it pokes you in the eye. No need to trust or take it on good authority. Trust me. Words kill. A growing storm of pro and con intimidations of 10-cent words and two-bit billionaires. No limit to the delicate balance of money and high anxiety tension. No end to stupidity. Smack dab in the middle of a raging melee of morons. Con men playing salesmen promising safe secure futures for you and yours. Just what we ordered up, a mega mall of unconditional love and guaranteed greed.

Some people build walls. Some dig tunnels. Others do nothing at all. Some hate. Lock in those patriots. There's no way in, over, under or out of the sham. Can’t hold a memory but could never let it go. It's all lightning speed and second-guessing. They build a wall. We build a tunnel under the wall. Mathematic mumbo jumbo witchcraft. Science is dicey. Magic is wondering what's coming next. Seeing what happens before it does. Pondering the inevitable con job. In the bigtime with the little-minded. Every sales rep must tell you they care about you. You come first. Think-tank stinkers plot.

The people of Walmart meet the NRA attending church to shoot and pray. It’s a cultural fashion pop thing. Buy cheap dreams, shoddy garments and flimsy prayers. When did it become okay to wear your pajamas and slippers to the shopping mall or any place in public? Are we that comfortable and cozy?  Only here can you die on the layaway plan. Money zombies eating fast. Grab every bit of cash before they burn you at the stake. Drive a stake through your stone cold hearts. Just another witch hunt. Make you beg for death or a discount. Anything but another ad.

Hanging in mid-air, right where they want you. Wrapped around a little finger, squished under some stubby thumb. At their bony fingertips. Falling for the old switcheroo. Believe the lie. Buy the lie. No matter how many quarters you feed it, it spits out more lies. Incredulous pigs squirming and snorting, rolling happily in their own shit.

So here’s to another toast! Standing in that windowless room where the sun doesn’t shine but the patrons are always lit. The cigarette smoke hangs thick, clouds your vision. Here’s to looking at the world wearing nothing but a blindfold and a bedeviled smile. Here’s to all of you. That would be you, old friend or new.