Bubblicious and the Art of Consciousness 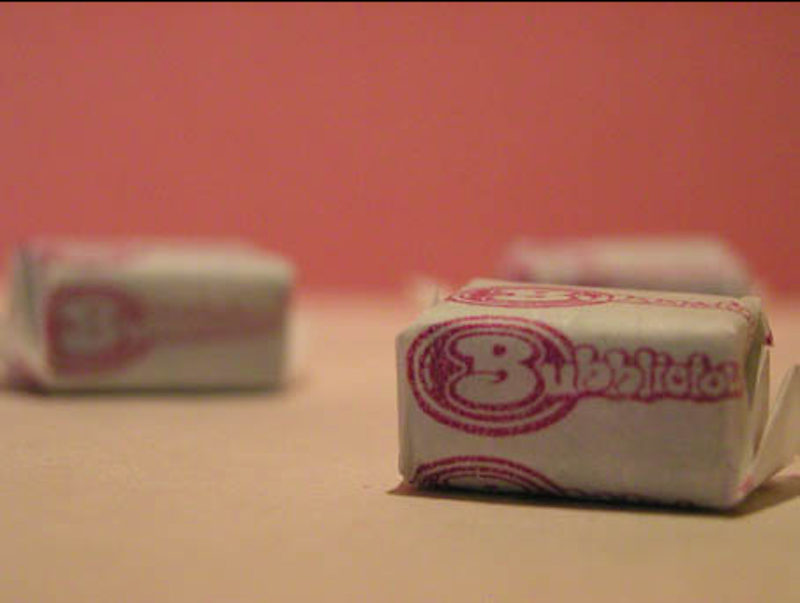 I think I'm worthless but I also think I deserve a reward. I can't walk eight blocks unless I tell myself I'll buy gum when I get there. Bubblicious, most likely, because it seems deluxe. The pieces look fatter to me and I'm pretty sure they squirt. That's enough for what I need: Bubblicious is tagged in my mind as being a reward. When I buy it and step outside again, I don't put one piece in my mouth. I put them all in, one after the other, until I’ve got a wad there and I'm chomping.

Here's the kicker, something nobody else would guess. Because my jaws are pushed back, I feel like it's a holiday. Reality has been suspended and a substitute sneaked in, a modified version where all I do is hang in place and I'm not really anywhere. This is because of the lines of tension in my jaws. I feel my face bulge and that means it's time to switch off. An odd cue to have, but it's what I've got.

Bubblicious tastes all right, so my arrangement hangs together. Yes, I am rewarding myself with a luxury, so life—for the time it takes to walk the eight blocks and buy the extension cord I have to get, plus the Bubblicious—justifies itself, though just barely. The moment of hang is the actual reward, I guess, and the squirt from Bubblicious is the alleged reward, the plausible reward I put forward to myself. But if I crammed my mouth with something bland, the effect would not be the same. Of course, the taste of Bubblicious, by itself, doesn't qualify as a treat—pleasant, but not a treat. You need the cram and the taste, the grape-stained inner mouth. You have to have both.

Even then, I'm good only until the next five minutes or so, when I discover there's another dumb task I have to do. Walking back, for example. I have to walk the eight blocks home, and how can life be worthwhile if that's the case? Only if something good waits for me. I know what it is. When I get home, I throw the door open and I collapse. My backpack goes on the floor, my pants come off. I sprawl on my bed and look at the ceiling, taking note that now I don't have to do anything—I'm free. That's my reward. Perhaps I get up to slosh some water into my mouth, just so I can know I have that, the gift of something cool and liquid right where I want it. Then back to bed. I flop down again. This makes the walk home worthwhile; I told myself that I would have ease, and now here it is. I got what I wanted; I wasn't ripped off.

As long as I can get Bubblicious or lounge on my bed, life is basically acceptable. It isn't doing great but it scrapes by. I can give it a pass. But if life doesn't rustle up these opportunities for me, I turn against it. I decide life isn't worth my time and I'm getting shafted. I'll just check out from it and pay attention to something else until life has its act together. Attention to what? TV shows, or memories of them. The lint in my head, whatever's clumped up there and bumbling about like a tumbleweed. I'll pay attention to that instead of whatever I'm doing.

I'm not saying that my policy makes good sense. It doesn't. But the sad thing is that a life doesn't have to make good sense. Any kind of sense will do; our standards are low when it comes to this sort of thing.