I Don't Read a Lot 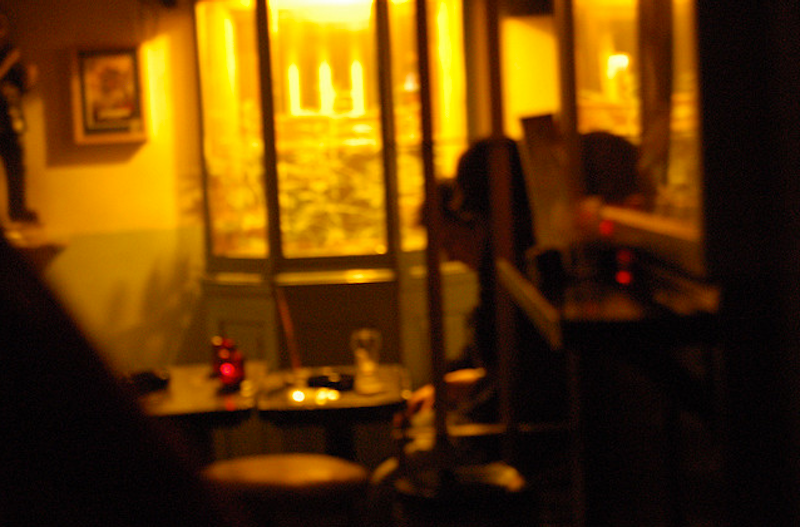 I knew Lenny Bruce. One time I told him, “Don't embarrass Dick Gregory.” He's like, “What? Whaaa-a-at?” I mean, he's bowled over, bouleversed. He didn't know what. Like “Don't embarrass Dick Gregory? What?” I tell him. Dick Gregory walks into the club, he sits down and there's Lenny Bruce going “Nigger” up on the stage. Demystifying “nigger” because he saw Dick Gregory there, so he sticks the word into the routine over and over, talks it up and down until the word is limp, a dish rag. To show what he thinks of “nigger,” right? And he does it because there's a black face in the audience and that kind of raises the question. I mean, if you're white, then it raises the question. If you're black, you're just sitting there and some guy is going “Nigger, nigger, nigger,” and all right, his attitude behind the word is different, but still—your face coming into view equals “nigger, nigger, nigger” from the white folks, and that's the case until they've worked out whatever they got to work out. I tell this to Lenny and he's... He says... He... It was a hell of a thing. He made this face. It was like—not only did he not want to smell something, he wanted to eject his nose from his face and then pull his mouth into the hole where the nose used to be. He showed disdain. “Don't embarrass Dick Gregory,” he said, and shook his head. Well, fuck him.

I've never read Camille Paglia. I remember when she hit, 20 years ago, and everyone was so shook up. But the quotes I came across seemed usual enough. Pissy feminists, dickless liberals. There was something or other about mixing up genders, and she was gay, so you had the gender left getting outflanked by somebody who seemed to like the right, in some ways. She liked pop culture too, didn't she? Said it was part of a continuum with high art, and everything was Dionysian or Apollonian, whether the thing in question was a Pop Tart or La règle du jeu. I don't know. That's the impression I got from press clippings.

Maybe she said something or other about Emily Dickinson or Aristophanes that justified shock, excitement, a big react of some kind. Even if I read her, I wouldn't know because I haven't read Emily Dickinson or Aristophanes. Recite the great names of Western culture and I have few opinions about any of them. Aren't most people that way? Maybe not the people who might write a book retracing and sizing up the great names and what they have done. Not the people who might read such a book and have views about how they would have done it. But the rest of us, and we are the great majority. That's the case even when the topic for discussion is a culture critic. More people read articles in the culture section than read Spinoza. We'll listen to what the article has to say about what the critic has to say about Spinoza (or Emily Dickinson or Aristophanes), but what we get excited about (if we do) will be something thin and derivative: our sense of the critic's attitude toward... life, reality, some big Zeppelin that looms above everybody. With the critic's attitude being indicated by what she has to say about Michelangelo or Jean Gabin or Sylvia Plath. All that stuff adds up to Western culture, and Western culture stands as a pillar in our crayon drawing of the big picture.

I'm at the coffee shop. The sound system is playing a cute little arrangement of the “Ode to Joy,” which is the dum-da-da-da-dum-da-dum-dah number that closes out Beethoven's Ninth—I mean the choral number with the massed voices. The coffee shop arrangement involves no voices but does feature a xylophone and some sort of brass instrument, maybe a tuba. As a result I don't recognize the music and here's what I say to myself: “Christmas music in January!” For a moment I feel indignant. Then I realize, no, it's Beethoven. Then I realize that, when caught unawares, I think Beethoven is basically like Christmas carols.