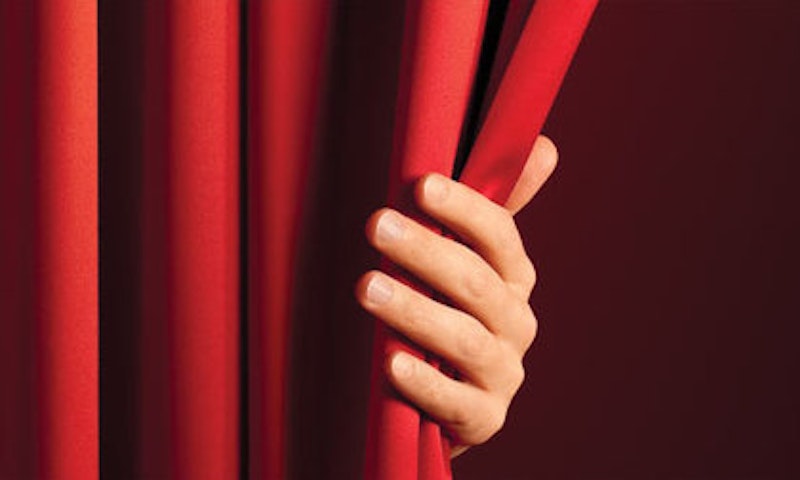 There are two kinds of people in the world: those who appeared in their high school musicals and those who didn’t. It’s like athletics—if you don’t get it, it won’t come naturally to you. The only field I ever found myself on in high school was with the boys’ baseball team as manager, where I pretended to calculate batting averages while mostly gazing at player butts.

But the stage? I was on that quite a few times. I’m a lifer theater fan, even serving on the board of directors at a local theater here on Maryland’s Eastern Shore at one point and making a cameo appearance as the upstairs neighbor, Eunice, at whom Stanley yells “Stelllllaaaa!” in A Streetcar Named Desire. I still relish any opportunity to see a live stage show, especially on Broadway, though I’m happy to go to Baltimore, Washington, DC or Philadelphia for a show and am lucky to be geographically central.

My 15-year-old daughter is in the marching band and recently performed in the pit orchestra for two weekends at the high school musical. Watching the whole experience—dozens of rehearsals (despite many missed due to snow), tech week, where the kids were in school from seven a.m. to eight p.m., and two weekends’ worth of performances, brought back many memories.

Back in high school, I spent the first few years in the chorus/ensemble. A recent Facebook video from 1986 showed up in which I appear as one of the “Beauty School Dropout” dream sequence girls in Grease. Senior year was my big role: somewhat appropriately for my personality, I was to play the Wicked Witch of the West in The Wiz, which is the jazzier version of The Wizard of Oz. I wore a handmade and very itchy black glittery dress, a lot of red makeup, 1980s hair, and someone brought in a whip I had to learn to use. The acting part was fine; I’ve never been a wallflower. But singing? Not my thing. I was to sing a solo, “No Bad News,” with the flying monkeys and I was scared. I practiced the song over and over with the pit orchestra, and in the shower, but was very nervous about how/if the song and choreography and lines would all come together.

On opening night, what happened to me is the worst nightmare of every kid who’s ever been in the high school musical. The band began playing the song, and I forgot the words. Drew a complete blank. I looked down at the pit orchestra and saw a few concerned/bewildered glances from friends. I looked at the audience.  I looked at the flying monkeys. I whipped my whip. And then, I did what I’ve sort of done throughout my whole life, the thing that won me the “Biggest Bullshitter” prize in my high school yearbook… I faked it. Nobody in the audience knew the damn song, I figured, and by the second verse I had managed to pull my shit together and sing the words. I never missed them during the remaining five performances. But not too many things in my life have been more terrifying than that moment.

So every single time I watch a performance, especially a high school musical, I appreciate how brave it is to walk out on the stage. I can see it in the faces of actors who forget a line or hesitate on a lyric; I know that feeling of terror. It’s part of the magic of a live performance—you never really know what’s going to happen, and it’s new and different every time. Life lesson: thank God the audience doesn’t know the lines, so you can fake it.