If you can dream it, you can be it, and humans of both genders dream of many things. 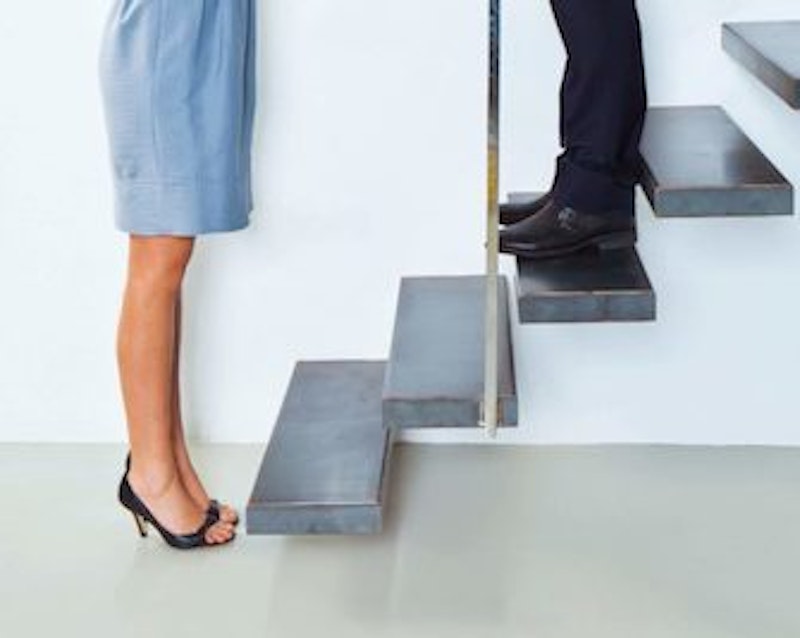 I’m unimpressed by the supposed biological distinction between the genders. There’s no walk of life and no activity from which you're precluded in virtue of any particular estrogen-to-testosterone ratio. Call me a social constructionist, but I think women will catch up with men, eventually, in the boardroom, the halls of political power, combat, incarceration rates, and as sexual harassers, for example. If you can dream it, you can be it, and humans of both genders dream of many things.

As evidence, I flourish the flamboyantly violent murderesses we’re producing here in Adams County, PA, where Lincoln rededicated the nation to the proposition that all men are created equal, and where we are now mounting a demonstration that women are too. "Last year was considered one of the most violent years for crime prosecutors have seen in the last four years," declared the Gettysburg Times, in what is, admittedly, a highly ambiguous non-assertion. "In the span of four months, authorities allege, there have been two homicides and three attempted homicides—including one unsolved case."

We can't compete with Baltimore statistically. But the women out here bring a certain flavor, a distinctive point of view.

"Deborah Stephens of York Springs is accused of beating her husband to death with a baseball bat, on September 5, 2018. The autopsy showed James Stephens was struck in the head 20 times and at least 16 times in the torso." According to a previous account, "Police said other domestic violence incidents occurred at the residence on Aug. 21 and 28, including one when Stephens struck her husband 'with a television remote.'"

"Jessica Jo Silks of Menallen Township faces charges of criminal attempt of criminal homicide, aggravated assault, unlawful restraint/serious bodily injury, simple assault, and harassment, stemming from an alleged dispute on Dec. 16, according to state police. Authorities accused Silks of grabbing a knife from the kitchen and using it to stab her mother in the neck after seeing text messages her boyfriend sent to her mother via cellphone."

"Authorities allege Palma Conrad of Littlestown stabbed her husband at least 10 times after becoming angry when her husband wanted 'to use medical marijuana.' Conrad was charged with criminal attempt of murder in the first degree and two counts of aggravated assault, stemming from the Oct. 29 stabbing. She was accused of using a butcher knife, a pair of scissors, and a steak knife to stab the victim, according to charging documents."

The phenomenon may be a local outbreak or statistical anomaly, but it speaks eloquently to the fundamental moral and physical equality of the genders. It cuts to the very heart of the patriarchy, so to speak. Perhaps the greater Gettysburg region will again be a sort of beacon for the future, as it was in the past, if that makes any sense. It's a small, unrepresentative sample, and yet it’s made me much more alert. I'm looking at the women around me differently, whether I run into them at the Wal-Mart or the faculty meeting or in my own family. There's really nothing that they can't accomplish.