How could a horse talk? 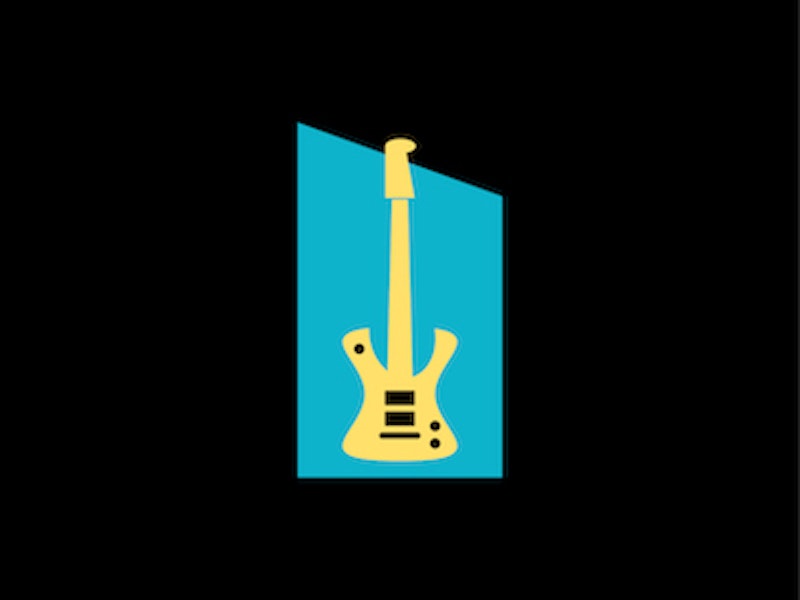 A sign in a plate-glass window read: FOR RENT.

All that was left of a dream, all that was left of Blue on Black Guitars, other than a few stray guitar picks, was a B&W poster shellacked to a wall: a photo of Osama bin Laden, a target superimposed on his forehead, and a headline, “Wanted Dead or Alive, Preferably Dead.”

Dale Bragg didn't formally drop out of Ichabod Crane High School. He'd simply had his fill. So, when the bell rang, instead of slogging to geometry, the bearded fat boy busted out of a side door to freedom, tossed his books at April's blue sky and brisk breeze, and hopped in his GTO. Before peeling away, Dale honked to get the attention of Principal Groesbeck and flipped old chrome dome the bird. That bridge burned, Dale drove home.

The GTO was a 1967, and Dale kept exclusively 1967 coins in the change dish, a little touch, a point of pride.

When he got home, Dale grunted one word to his mom, "Quit." Then he tromped up to his room, shut the door, plugged his Les Paul into a Mesa Boogie, turned up the volume and played "Smoke on the Water." Into the evening, guitar tight against his gut, he power-chorded and formulated a plan. Man's gotta have a plan.

A couple of months later, Blue on Black Guitars was open for business, a small shop in a nondescript plaza off Route 9. A few worn Fenders, a dinged Univox Hi-Flyer, and a Yamaha folk guitar were displayed in the window alongside a sign that read: REPAIR WORK DONE, LESSONS AVAILABLE. To the left of Blue on Black Guitars was a rundown laundromat; to the right, Schroeder's Guns & Ammo. The landlord, happy to fill the long empty slot, gave Dale a sweetheart deal. That, and the fact that Dale lived with his parents, made Blue on Black Guitars possible.

Doc handled the lessons and sometimes manned the register. His wallet was fat with doctors’ business cards, hence his name. Doc needed doctors for his knees, heart, back, lungs, and his mental illnesses. An aging runt, Doc sported a graying pompadour, his once sharp attire retired for a raggedy gray sweatsuit and work boots, and always a cigarette in a slightly trembling hand or lazing on lower lip, his eyebrows raised like Robert Mitchum's.

Decades ago, Doc's son was arrested, and Doc was dragged down to the police station at dawn. In the wee hours, Slim, drunk and ornery, had taken a baseball bat to a factory's windows, managed to cut himself badly. While the alarm rang, he fled to a shed, left a trail of blood. Too easy to track and nab. Snarling, Doc marched into the teen's cell, punched the punk in the nose, then a quick one-two for emphasis as a guard smirked.

"B-but, you tol' me you done the same thing when you was a kid!"

"I didn't get caught, ya stinkin' moron!" A pause. "I was sleeping when they called!" He slugged the boy again.

"Go ahead! She's ready to slice with a straight razor!"

Doc and his wife, an older German woman, a Third Reich child, currently lived in a trailer park on the outskirts of town. As for Doc's lineage, 100 percent American: three-quarters Injun, the rest fightin' Scot-Irish. Copies of The Spotlight newspaper, making the rounds of the park, were stacked on their coffee table. Doc and Gertrude were versed in the Bilderbergers, the Rothschilds, the CFR, and the Federal Reserve. On their dresser, Gertrude kept a framed photo of the Führer, a votive candle placed before it, lit on special days.

A couple of summers into JFK's presidency, Doc's draft notice arrived at their E. 81st St. apartment. He told Gertrude, "Ain't no reason to get shook. I'm married, got a son, we ain't at war. I'll go to the draft board and have this cleared up before lunch."

That night, from a Fort Benning pay phone, "Honey? I think I'm in the army now."

On Saturdays, Blue on Black was the gathering spot for area guitar-slingers, a motley crew of locals, weekenders and transplants, pros and amateurs. It was a packed room of blues-rockers, metaloids, Deadheads, Tele-twangers, bluegrass pickers, Southe'n-rockers coming in for strings or a bargain or an excuse to escape the warden, a.k.a the missus. Debates were as endless as predictable: Fender versus Gibson, Fender versus G&L, Strat versus Tele versus Les Paul, going on and on like a roomful of old rabbis scrounging for a fresh wrinkle in the Torah. For occasional relief, arguments jumped track: Chevy versus Ford, Pizza Hut versus a local joint. On a cassette player, Stevie Ray and Kenny Wayne and Skynyrd.

Once in a while, a mom showed up with her kid in tow, inquiring about school band instrument rentals, a sideline that helped Dale stay afloat.

If the mom and kid arrived mid-argument, the tone shifted immediately, became polite discussion, no foul language. All present gave her a nod of recognition. Dale addressed her with yes ma'am, no ma'am. Same held true daily at noon when Dale's mom dropped in with his lunch. The one time a female was treated with less than deference was the co-ed going door-to-door on behalf of John Kerry's 2004 bid. Dale, in a voice that resembled the tight low growl of a junkyard dog before striking, said, "Get out... Get out of my shop... Right now..."

Not all of the Blue on Black regulars were musicians. There was Snake, a tall, thin former-Green Beret with long black hair and beard. Homeless by choice, he lived in the woods, someone's woods, in a pup tent. If he felt the need to move, good as done. Winter didn't bother him none, nor lack of loot. He had ways.

The June day Timothy McVeigh was executed, Snake stuck his hairy head in the door of Blue on Black long enough to state, "Today they kilt a friend of mine." Then he was back on his bicycle, gone like a ghost, swallowed by Route 9 traffic.

Dixon strolled over to him and said, "Oh, we got us a gangster?"

"What! You can't talk to me like that, you black bastard!"

When Doc came to, Sergeant Dixon tossed a pair of grass shears at him. "Okay, New York. See that field? Get to work. I want you to mow it. With those clippers. Oh, yasss. Mm-hmm, they rusty. Use a squirt of oil? Oh, yasss. Too bad we clean out, New York."

A full silver moon overhead, on all fours, his hands bloody and blistered, Doc was still clipping when Dixon stopped by to give him a swift kick to the butt. "Faster, New York, faster. When you all done, there are latrines in need of a good scrubbing. Oh, yasss. By the by, I'm a Chi-town man, ain't got me no time for you New York girls. You in for some rough road, New York. Oh, yasss."

Doc took up guitar, playing a crummy Stella that kicked around the barracks. He learned the chords to some Elvis Presley hits, strutted a few moves, entertained the guys. After he was discharged, a beeline to Manny's Music in Manhattan. He exited Manny's with an Olympic White Jazzmaster and a Princeton Reverb amp, and began gigging in earnest with Charles Chess & His Chessmen. Doc let his GI buzzcut return to its natural state, a slicked-back black pompadour. By 1970 he and Gertrude had moved to a hamlet south of Albany, and Doc played with younger hippies in Frodo's Magic Ring. The pompadour remained, but now it grazed the shoulders of his buckskin jacket as the band pumped out three-chord Creedence tunes in bars thick with smoke and rowdies and loose women. Those were Doc's glory days. The drinking age was 18, a blasé attitude toward drunk-driving prevailed. The roadhouses and taverns were open and roaring until dawn, scores settled round back, son.

In Blue on Black, Doc thumbed his nose at New York's freshly-minted anti-smoking law. "Put out that cig! I could get fined!"

"Quit your bitchin', boy. Ain't no coppers around. You're like an old woman, boy."

Soldering iron in a fat paw, Dale glowered while repairing a guitar's wiring. "Well, if'n I get a ticket, you're paying for it!"

"Learn a new tune, boy. Bone tired of that one."

Doc left in a huff, without a word. The next morning, when the GTO rolled into the parking lot, Doc was waiting out front, smoking. They pretended yesterday didn't happen. Inside, Doc sprayed the countertop with Windex and wiped it clean, rearranged the display of effects pedals, all the while smoking. "Hey, how 'bout those Mets," he asked, breaking the silence.

One of Dale Bragg's earliest memories was watching Mister Ed with his parents and six brothers. The family's baby was confused. How could a horse talk?

His first great disappointment was when an older kid told him that Superman wasn't real. Dale didn't cry, but he was sad.

Despite his blue eyes, Dale, like Doc, had American Indian blood. Not as much as Doc, but a chunk. History, the Trail of Tears for example, could provoke his angry side. But nothing riled him like the shuttering of Blue on Black Guitars. All those guys in his shop on Saturdays, yammering away. When did they ever plunk down serious coin? Instead, he'd hear about the shiny ES-335 someone bought at Guitar Center. Or a fancy Martin via a Musician's Friend catalog. You can’t pay the rent, meet the bills, on lessons and rentals and the sale of strings. Dale even sold his Harley to keep Blue on Black in the black, betting on a few more months to do the trick.

Closing his little shop was his second great disappointment. Dale didn't bellyache to anyone, but he was pissed.