Blinded by the Light

Am I blinded by my own privilege? 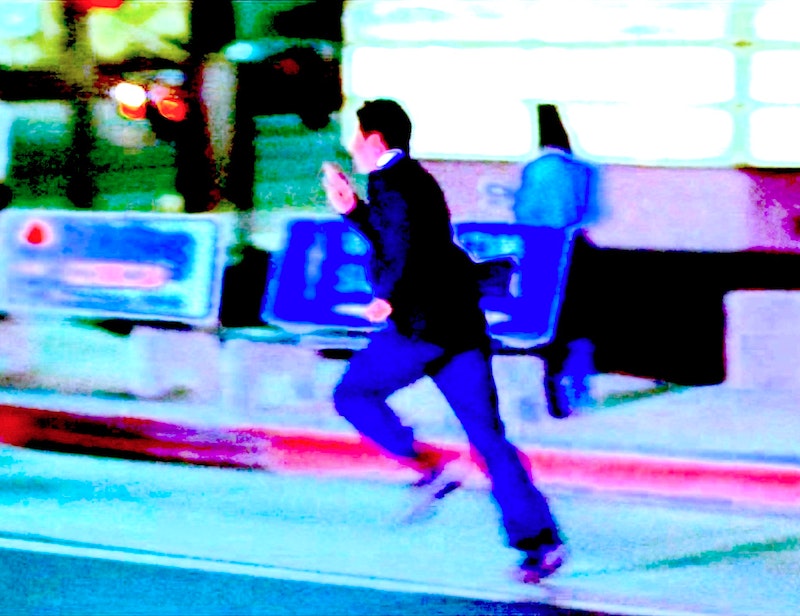 A few years ago a male family member came to stay with me while on vacation, and no sooner had he unpacked than he suddenly launched into an angry diatribe about an incident from the night before. It was late, and as he was walking home he noticed a woman a half-block ahead, glancing nervously at him over her shoulder before speeding up and crossing the street. “Like get over yourself,” he blurted out scornfully. “Acting as if I’m going to attack her or something, completely disgusting.”

I sat there in stunned silence, trying to figure out how he could be taking her fear as a personal insult—and tearing her down for it. Normally he was rational, but for some reason no matter how gently I tried to convey to him that there was no way she could know he wasn’t intending to harm her, he couldn’t (or wouldn’t) understand. I looked at him with new eyes: I had to employ those strategies when walking alone at night, did that mean he thought I was stupid, disgusting, and deluded too? Why would he say something so contemptuous and unkind? I found myself more guarded around him, wondering what other harmful opinions he was harboring.

Then one day I had cause to look back over my own actions, and was ashamed to see all the times I’d failed to be a better person. Time gives us perspective because it allows us to grow and learn between our old and new selves, and often the view is humbling. Like a funhouse mirror, we suddenly realize we’d been viewing the situation from a distorted angle, and only now can we really see the harm we have caused—now that it’s too late to undo it.

To err is human, but to shrug and refuse to learn from those errors is willingly choosing cruelty, especially when it comes to those who are marginalized and carrying the weight of intersecting systems of oppression. While I can’t completely prevent all future failures, I’ve put a lot of thought into how I can do my best to reduce them.

Am I reacting from a place of fear? The world’s scarier every day, and we’re bombarded by information that we’re expected to absorb and form an instantaneous opinion on, which leads to knee-jerk emotional reactions rather than thoughtful consideration. When something unfamiliar comes along, or a perspective that doesn’t fit our worldview, it’s easy to react defensively and jump to fear or rejection (especially when someone is deliberately priming you for it, via inflammatory headlines).

Do I know enough to really understand the situation? Our brains are saturated with random facts. It’s deceptively easy to see the world in black and white despite the fact that it’s always much more nuanced, and often we just want to boil everything down into a simple statement. But the truth is always more complex, and to avoid making a fool of myself I want to ensure I read and learn enough about a situation or issue to get a sense of what the variables and impacts are before forming an opinion. It’s also valid to acknowledge I don’t know enough to even have an opinion, in cases where it’s just too complex—better to think further than to jump to a conclusion.

Where do I get my information? Rather than seeking out facts to confirm a worldview, I want to understand the situation from the perspective of those who are most affected by it. If I don’t have experience in a particular marginalized community, then it’s their voices I should listen to and learn from. As a woman, I’ve had too much experience with men trying to make decisions about my body and me when they have no idea what it’s like to exist in our world.

Am I only considering my own self-interest? Just like the male relative I mentioned above, it’s too easy to only see a situation for how it impacts you. Empathy and compassion require that we try and view things from the other person’s perspective, which requires listening to them, and imagine how we would feel if the tables were turned. It also means being objective about the perceived “costs”; in this case, it would’ve cost him nothing to just be kind and walk a little slower, just like it costs nothing to learn someone’s pronouns. If a small effort on my part can make someone’s life less stressful, easier, happier, then I want to choose kindness.

Am I blinded by my own privilege? A lot of us were raised to believe in values like fairness, equality, justice, so some ignore the fallacy that life is already built in that image—unless you have first-hand knowledge that it isn’t. There’s never been a level playing field; in fact, most of us aren’t even able to get into the stadium, let alone step foot on the field itself. Nothing and nobody is perfect. I’ll continue trying to find new and better ways do better in this world, although I won’t always get it right.