The Sad/Triumphant Life of a Poker Genius 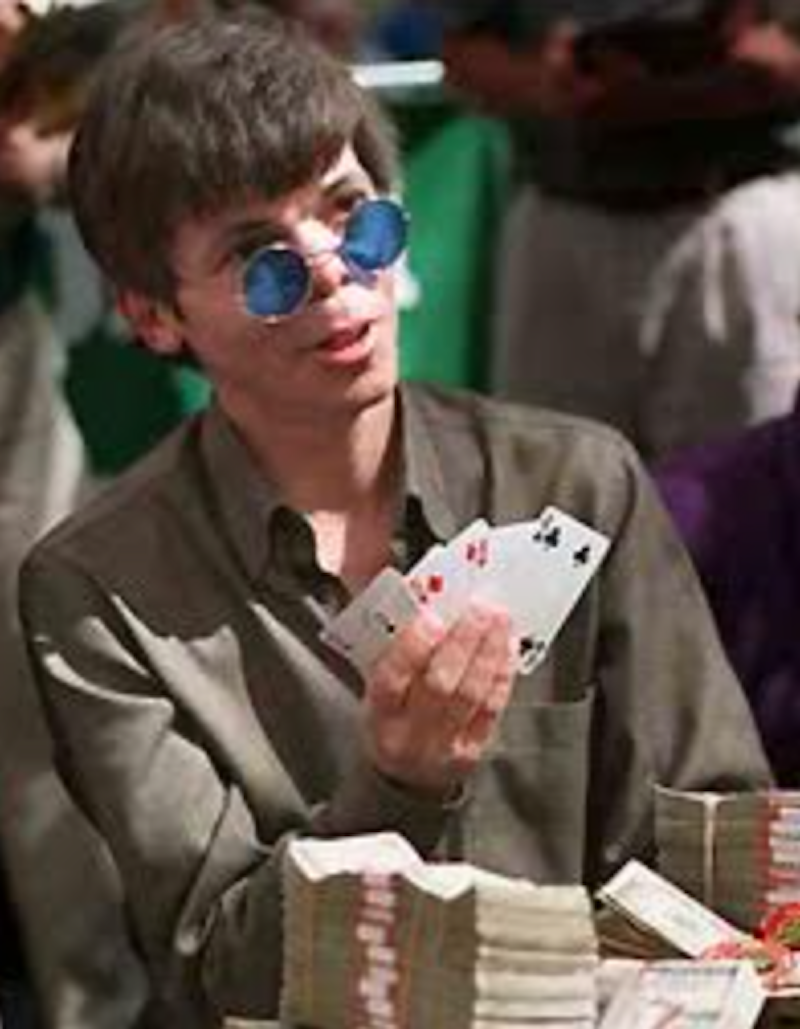 In poker, Stu "The Kid" Ungar was a total winner. If the word "genius" is applied to any one player in the game’s history, it would be "Stuey," who had the uncanny ability to discern what cards his opponent was holding when showdown time came around. As he put it, "People would show me a card game that I never played, and two days later I would be better than them at a card game they’ve been playing for 30 years. I was a freak of nature." The native New Yorker won the World Series of Poker's premier event—no-limit Texas Hold 'em—three times, a feat only Johnny Moss has ever matched, but with an asterisk. The Texan won the title via a vote of his peers, not by winning a tournament.

Ungar's first WSOP title, at 26, came in 1980, and he won again the next year. He wouldn't get his next WSOP gold "bracelet" until 1997. During all those years in between, The Kid, who despite winning 10 of the 30 total tournaments played during his career and raking in $30 million in earnings, showed that, away from the card table, he was a loser. As a poker star, Ungar would play at the glitziest casinos on The Strip in Las Vegas, but at the end, at 45, Stuey was crashing in a fleabag motel at the seedy end of that famous street—a penniless crack addict.

Stu Ungar, born in 1953, was the son of a Jewish bookie on Manhattan's Lower East Side who dropped out of high school to become an underground gin rummy sensation who the Genovese crime family would eventually bankroll. Ungar often could tell his opponent's entire hand in gin rummy after only two or three turns.

The Kid was a math prodigy with a photographic memory. His skills were such that even though gin rummy has a high component of luck, he was almost unbeatable at the game—so good he got excluded from gin rummy tables, which is why he turned to poker.

Ungar gravitated to Las Vegas to pursue his new obsession. The scrawny, baby-faced newcomer didn’t fit in with the established  poker pros in that town—big personalities like Doyle Brunson, Sailor Roberts, and Hans "Tuna" Lund who threw their weight around at the tables. The Kid didn't look threatening when he first sat down with them, but when the game was over they knew better. Ungar was an aggressive shark. "I never want to be called a good loser," he once said. "Show me a good loser and I will show you just a loser." Ungar was no loser at Texas Hold 'em, the poker variant favored by the pros. The only WSOP main event he entered without winning was in 1990. As the chip leader, Ungar returned to this hotel room at the end of the day and overdosed on cocaine, which forced him to drop out. He still placed ninth in the tournament.

Drugs defeated Stu Ungar, plus an insatiable urge to bet on things he didn't know anything about. Stuey wagered heavily on sports with little knowledge about the teams, and did the same when playing pool. At the racetrack, Ungar was a bust. Money meant little to him, which helped him make successful, cold-blooded bluffs at the poker table while simultaneously setting him on the path to becoming a degenerate gambler.

Ungar never enjoyed his money. His need for "action" superseded all other considerations. He never figured out that the point of winning at the poker table was to provide a better life to his family rather than pissing it away for kicks. He never grew up. This tragic blind spot wrecked not only his own life, but he also lost his wife after four years of marriage, and his son Richie to suicide at age 18. While Ungar doted on his beloved daughter Stephanie, he wasn't able to be there as a normal father, which didn't stop her from reciprocating his love. When interviewed by a poker publication about life with her dad, she spoke of his love of black and white movies and his passion for studying history. He once told her he'd have become an attorney if he hadn't been a poker player. She said he couldn’t cook, and didn’t lead a stable life. With amusement, Stephanie recalled that her dad would pay a friend's teenage son $20 to take out the garbage.

A fellow poker player once told Ungar that cocaine would help keep him alert in games that went into the early morning, and that was the beginning of the end for the poker superstar. Soon he was hooked and on his way to an early death. By 1997, The Kid's body was showing wear and tear from years of addiction. He was broke when he showed up in Las Vegas, but his old friend and fellow poker player Billy Baxter staked him the $10,000 entry fee for that year's WSOP main event, which he won, along with $1 million. Stu Ungar was then dubbed "The Comeback Kid," but not for long. Some say he was broke within two months.

Bob Stupak counted down a deck of cards, and bet Ungar $10,000 he couldn't name the final card. Ungar correctly named the 10 of diamonds and won the bet. It's stories like this one that recall the similarities between Ungar and tortured chess genius Bobby Fischer, another brash, eccentric native New Yorker who struggled when he wasn't at "work." While Fischer descended into mental illness, Ungar succumbed to decades of drug addiction less than 18 months after he'd made his comeback in 1997. He died at the Oasis motel (he paid $48 for two nights) of heart complications brought on by severe drug abuse. The Clark County coroner found cocaine, methadone, and Percodan in the Comeback Kid's bloodstream. There was $800 in cash in his pocket, and he was covered in his own vomit.