Grant Morrison enjoyed Iron Man 2 a little too much. 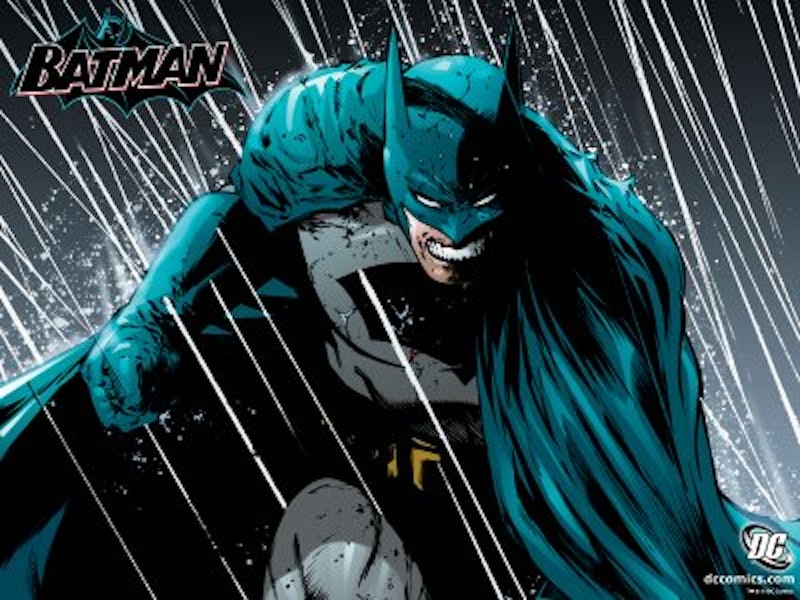 Comic books are always a delicate, contentious subject. Forever relegated to the world of geekery, it’s rare that a comic book storyline finds its way into the newspaper. The death of Superman and his later, temporary costume change, the death of Captain America, and the breaking of Batman are probably the only few times that the world was aware that comics are an ongoing narrative and not just a bunch of emotionally-arrested, pseudo-sexy pictures drawn by really old teenagers.

DC Comics has once again breached the world of the mainstream media by declaring that Bruce Wayne will finally admit his association with Batman. Of course, he’s not going to admit that he actually is Batman, but he will admit that he’s been funding Batman’s wonderful toys for years, and that he plans on creating more Batmen to police the world. This startling revelation is a product of Grant Morrison, the same guy who destroyed Arnold Drake’s original Doom Patrol, but also wrote some of the best Superman stories ever penned with All Star Superman. Morrison is always a dangerous writer to hire, because you never know if he’s going to elevate your favorite characters to new levels of awesome or make them star in a snuff film.

I’m not a comic nerd who usually declares “OMG UR RUINING TEH FRANCHISE!” because I generally have faith in comic book writers’ grand schemes, and any dedicated Bat-fan accepts the malleability of Batman’s mythos. If we didn’t, we couldn’t let Joel Schumacher live, but Morrison’s declaration of Bruce Wayne’s association with Batman is a bit too Tony Stark for me to swallow.

Stark, the man beneath the Iron Man suit, has almost always “admitted” that Iron Man was his dedicated bodyguard, as well as a superhero and member of the Avengers. Stark has gone as far as getting someone else to pilot the Iron Man suit to prove that they were not the same person, as goofy as that sounds. Bruce Wayne appearing on stage and declaring similar things can’t possibly be a good thing, especially when half of Batman’s face is revealed by his mask, and Wayne appears on stage with people who look very suspiciously like his sidekicks, which removes any kind of plausible deniability from the situation. While comics have always been implausible by their very nature, one can’t assume that the fictional common folk of comic books are really that stupid. Of course, comic book psychology is inherently different from real-world psychology, because we obviously don’t have any costumed bad guys running around, so maybe comic book citizens really do hover at an IQ level akin to vegetables, just waiting to be saved from their own stupidity by those who happen to rise above the cabbage patch.

Of course, the Batman Incorporated storyline hasn’t played out in full, but these things usually run the same way: a hero makes a drastic change in the way they do things, the situation goes horribly wrong, and before too long, everything returns to the status quo and everyone swears off change forever, for real this time, pinky swear. I’m willing to see this through, as everyone should be, but it’s also okay to miss the days when comic books weren’t driven by universe-wide events, and could be propelled forward by self-contained science fiction stories that ran through one title.

Batman has always been a solitary entity. This is what gives him his appeal. He’s a dark, brooding counterpart to Superman’s sunny, outgoing demeanor, or Spider-Man’s rapid-fire quips. Other heroes admire Batman, even if they don’t like him or are even a little scared of him. There have been alternate-future tales in which Batman has created Bat-robots to patrol Gotham City, or where Batman has had legions of followers to combat wrongdoing, but these things happening in mainstream DC Comics continuity makes them irrefutable, which is a dangerous place to tread. Did time travel alter Bruce Wayne’s soul that drastically? Is a worm controlling his actions? Did Superboy punch the space crystals again? Yes, all of these are things that have actually, recently occurred in DC Comics.

I know one thing: if Bruce Wayne plans on making a ton of Batmen, he’s going to have to kill a lot of parents.