Keeping up a home is a lot more difficult, and expensive, if you’re a klutz, although it’s difficult to see rabbits from a 10th floor condo. 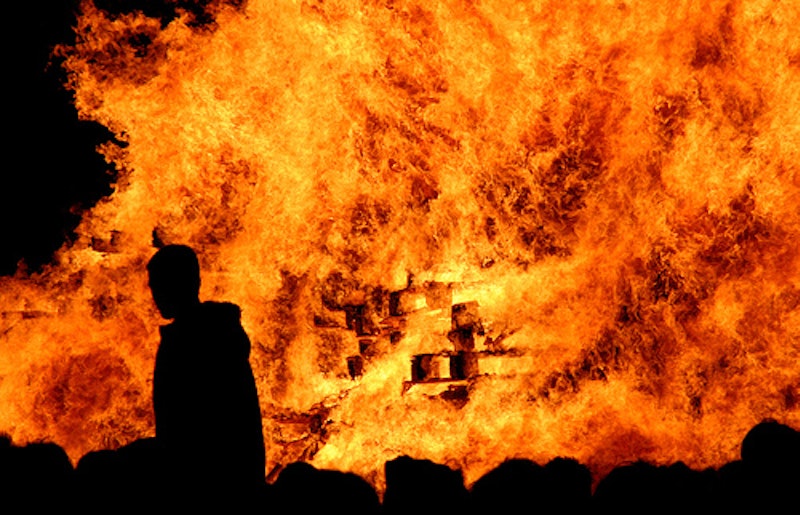 A buddy of mine, who spends each August with his family on Martha’s Vineyard—partly to block out the day-to-day travails of the Boston Red Sox, but mostly for a break from summer humidity and piss-scented Lower Manhattan—recently wrote to say that he and his wife may have the opportunity to buy a place on the island, a cut-rate, furnishings-included deal from a wealthy trader who’s moving abroad. Years ago, our respective condos were within a Ryan Howard bomb in Tribeca, and we’d see each other almost daily, whether at little league games, pre-school drop-offs of our kids or just bumping into each other on the street. I’m no expert on real estate, but he was interested in my opinion since when we left NYC for Baltimore seven years ago, our new family domicile wasn’t a doorman/super-equipped apartment, but a three-story house built in 1928, with actual trees, flower beds, bumble bees and yellow jackets, raccoons upending the garbage cans, the occasional fox and a bunch of rabbits in the back yard.

The first question I asked was this: Are you a Handy Andy? He quickly replied no, he subscribed to the Jackie Mason school of home repair: hire a gentile to do the dirty work. I laughed, but while encouraging him to explore what appears to be an excellent investment, threw out red flags about how a house is a money pit, at least compared to a condo or co-op. Yes, there’s no monthly maintenance fee when you own a stand-alone house, but I’m certain the frequent trips we’ve had from Roto-Rooter, the bug spray company, electricians, landscapers and—here’s where the serious loot comes in—the crew of brawny guys who re-pave your driveway or waterproof (supposedly) the basement gets very old, very quick.

I’m a whiz at changing light bulbs, and usually have no difficulty unclogging one of our pre-WWII toilets (which, for a reason that escapes me, fetch a small fortune at auction or on eBay from the “pioneers” who’ve just purchased homes in already-gentrified East and South Baltimore neighborhoods), but that’s about the extent of my mechanical acumen. Oh, I can also catch mice, which is sort of fun since my wife is petrified of the critters and the boys and I up the ante by naming them once in custody.

It occurred to me the other day—when my wife asked if I could clean the garage gutters, which are clogged with leaves, a tiresome chore I haven’t performed since I was a teenager on Long Island—that our sons have never experienced the euphoria, after an afternoon of raking the leaves, of taking your reward in starting a bonfire of the refuse near the street curb. Then again, since that practice is illegal now—for sound ecological reasons, but most people my age will never, ever, forget the exquisite smell of burning leaves that enveloped the immediate area—the very idea of such an activity is as alien to them as rushing to the bank and withdrawing money before three p.m. My older son Nicky routinely gives me the business when I speak of “ATM machines,” pointing out the obvious—thanks, Junior—redundancy of the phrase. As it happens, like most families in our neighborhood, we employ a small and reasonably-priced landscaping company to mow the lawn in the summer, get rid of the fallen leaves in the fall, and carry away the debris after a blizzard or hurricane strikes, which further empties my wallet.

There was an early November day in 1969 in Huntington that I remember as clearly as incoming Speaker of the House John Boehner’s teary speech on Election Day just two weeks ago. It was one of those classic gusty Northeast afternoons, sky radiantly blue with the sun magnifying the brilliant rainbow of colors of the leaves still remaining on trees. Can’t remember why, but on that Saturday the Byrds’ “Drug Store Truck Drivin’ Man” was the soundtrack in my head as I rode an old bike over to Bobby Ringler’s house on Strawberry Lane. We tossed the pigskin around for an hour or so, a makeshift game with Bobby’s brother Jackie, and next-door neighbor Jimmy Trant, until Dr. Ringler emerged from his office and asked if we’d rake some leaves. The Ringlers were good friends to me over the years, and I was glad to help out with the 90-minute job, and then we started a wondrous blaze on the street, as Bobby’s mom brought out a tray of hot cider and donuts from a local bakery to ward off the suddenly chilly air.

My marching orders to clean the garage gutters also reminded me of the Sunday afternoons a week or two before Christmas when my father, who took a half-day from his car wash once a week, would patiently fasten strings of outdoor colored lights on the shingles of our ramshackle house. He couldn’t stand the cold weather, and was bundled up, but steady on the ladder as I handed him the wires festooned with monstrous bulbs, and, as such activities went, this was not a pleasant one. The payoff, naturally, was when the work was completed and the switch turned on, giving our split-level a tiny bit of élan. I don’t think Dad especially enjoyed this expenditure of two hours, but a cross word never passed his lips, and upon completion my mother beamed at the lit-up house and they settled into a few Manhattans before dinner. Dad didn’t sweat the small things in day-to-day life, and never complained when Mom prepared his brown-bag lunch for work each day, a couple of awful sandwiches—leftover rock-hard meatloaf with ketchup or maybe peanut butter and Velveeta—but I recall one day at the car wash when he said to one of my brothers and me (it was a profitable afternoon), “Hey, boys, let’s chuck the sandwiches and go get a burger! Just make sure not to tell Mom; I wouldn’t want to hurt her feelings.”

I was talking with my son Booker the other night, and asked if I’d ever told him about that day. He gave me a good-natured wink, as if I were a dotty 80-year-old, and said yes, he’d heard the story, about a million times! Booker laughed and said, “While we’re at it, Dad, maybe you could rattle on again about typewriters and white-out, library cards, nickel candy bars and 10-cent DC comic books, hitch-hiking, the time you rode a sled down a hill and crashed into a car and all those years you had perfect attendance at school. Oh, and don’t forget milking the cows before dawn.” He still doesn’t tire of hearing about when one of his uncles ate dog food in college, or the hilarious list of arcane colloquialisms that family friend Michael Gentile has coined out over the years. I gave him a playful nudge and suggested that one day he’ll pass on these yarns, some apocryphal, some uncannily accurate, to his own children, just as my parents, especially my mother, who was nothing if not wildly creative and eccentric, did in my youth.

When I went to the World’s Fair in Queens in ’64, standing on line for hours to see General Motors’ exhibits of “the future,” in retrospect as corny as a Jetsons cartoon, there was obviously no way to even imagine the country we live in 46 years later. But even as the written word is further debased, year after year, I do believe that after my stop is called on the one-way train to eternity, the tradition of oral family history will continue to flourish and my sons will tell their children and grandchildren about the long-ago days of the early 21st century when soda was still a legal beverage, men and women depleted their bank accounts for the foolhardy attempt to win an election and they often had Thanksgiving dinner in something called a restaurant.