Are You Standing Up When You Pee?

All the boys at school pee standing up. 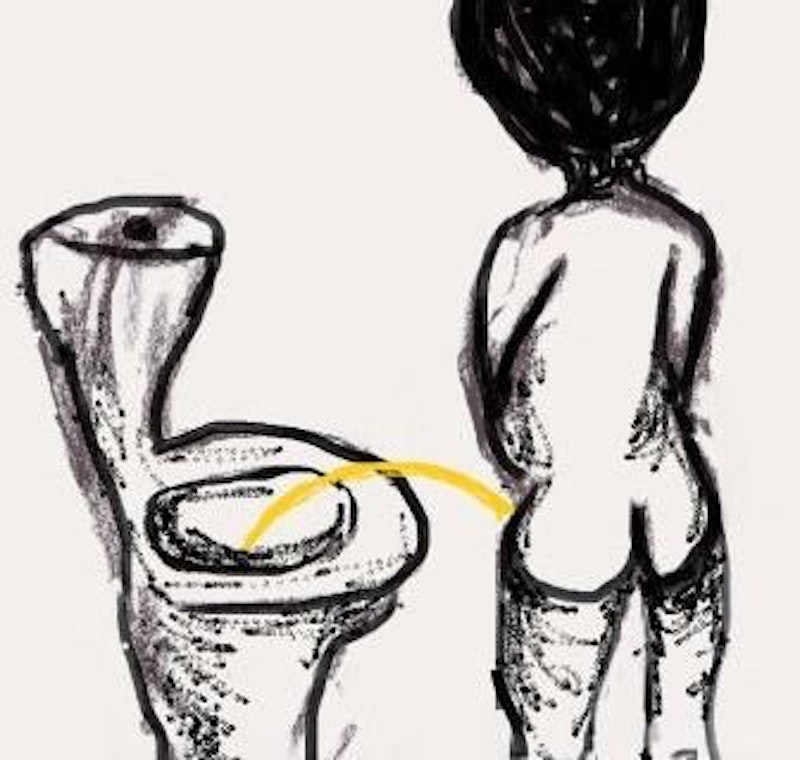 As a mother of three girls through several decades, I can report that parenting a boy is entirely different. My youngest child, Bobby, is seven. In my mind, he is four and will always be four, so when indications of him getting older creep up, I don’t do well.

Last week on the way to his baseball game, I tried to hold his hand. He kept shaking it off. I held back tears behind my sunglasses. Fucking hormones. So this is it, I thought. My youngest is at the age where holding mom's hand is embarrassing. Then it happened. The other day I walked into the bathroom and the toilet seat was up. And my husband wasn't home. And my son has always peed sitting-down-and-tuck style because he was too short to aim into the bowl.

I gasped. No. It couldn't be. And before I could stop myself I yelled at the top of my lungs, in a hysterical, Mommy-Dearest voice: "Are you standing up when you pee?!" My son, alarmed, put down his iPad mini game of Minecraft and came running into the bathroom. He looked at me, quizzically. I took a deep breath.

The last thing I need is to give this poor kid some lifelong penis/peeing complex, so I chilled out, cleared my throat, and asked, “Oh, hey, honey. Did you start peeing standing up now?” in a very calm, casual voice as though we were talking about what time his baseball game was.

“Um, yeah, duh,” he answered, the “duh” compliments of his three older sisters. He added, “All the boys at school pee standing up.”

In parenthood, these tiny struggles with letting go, especially when our youngest is no longer hanging off our hip, can be challenging. I’m thankful he still hugs me every day before he gets on the school bus, but he’s really too old (and squirmy) to still sleep with me when dad’s out of town. He walked into the room wearing his Phillies shirt the other day (yeah, we live in Maryland, and yeah, he has an Orioles shirt, but my hometown team is forever the Phils) and asked me if I’d wear my Phillies shirt too, so we matched. Be still my heart. He’s still my little boy sometimes. 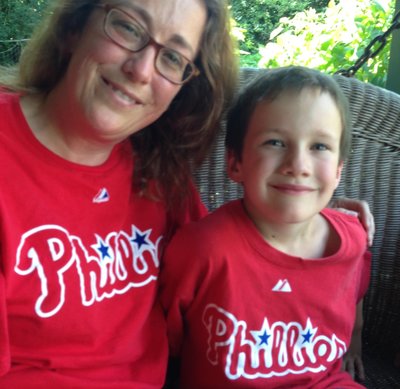 About a month ago he came to me in a serious tone and said he wanted to talk about something. “Um, you know that word that I’m not supposed to say, that starts with an “f”?” he asked, his little brow furrowed. I said I did. “Well, two of the boys at the bus stop say it sometimes,” he attempted to reason with me, “so it’s probably not really that bad of a word.”

“Actually, it is a very bad word,” I told him, “and if you got caught saying it in school or on the bus, you would have to go to the principal’s office and he would call me.” (Playing on their worst fears? Solid parenting method.)

“Why are they allowed to say it then?” he asked.

“Because they are in fifth grade and you are only in first grade, and because I am inside the house when you are at the bus stop, so I could hear you if you said it.” (Veiled threats. Also a proven-winner parenting move).

I’ve also noticed that in addition to the peeing standing up and desire to seek permission to use cusswords, one of the differences between boys and girls is that boys are stinky and need more showers. The lack of emotional drama they create is a fair trade for how hideous the Axe products smell, though.

And no matter what, he will always be my baby boy. After his baseball game that day, walking back to the car, my son extended his hand to me, still inside the glove. "You can hold my glove, mom," he said, and smiled up at me, his front tooth missing.