Young to Die, But Old to Talk to a Lady

Somewhere in Québec, a drunk handyman ponders what happens now that his boss is dead. 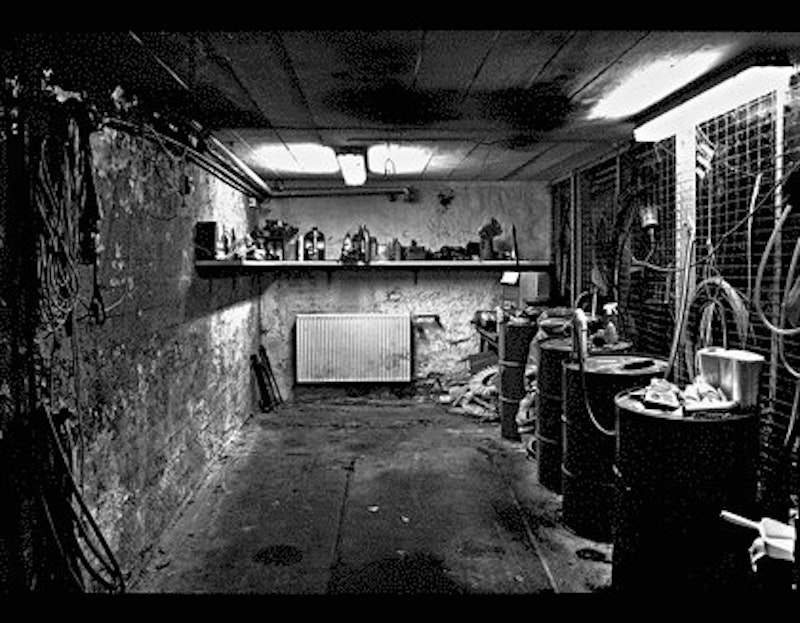 I go back in the garage. Leo tells me. He says, “Go ahead, go ahead, I don't give a fuck.” But I'm going to wait a few days. I want to see what the will says, if Leo has the building. Leo says, “Don't worry, you have the garage.” [Spoken with great decision:] No, I am not going to move twice.


Leo doesn't care about the garage. He says, “Go ahead!” Leo, he's a little meaner than Wally. Leo, he says, “Inspector, fuck you.” Wally, he was afraid of the inspectors. You can't be scared of the inspectors. The brother, he knows how to deal with them. “Oh yeah, you don't like that? Fuck you.”

Hey, look. On every fucking television show what do you see in every police station and every outfit? They have couches, they have microwaves. As long as there's no bed, there is couches, microwaves, televisions, all this shit. People live there, they work there, how are they going to warm up their fucking meals? How are they going to start their fucking lunch? It's an office. You know fuck it. As long as we say garage on the door, for an office, we should just say it's an office. You know, where the workers meet, where the tools are.

No, Leo is vulgar. He is not mean. He is vulgar. He curses in front of Lily, he says this hooker, that hooker, “Oh, she was sucking my dick.” He wants to see if you can take it. He's tasting. Okay, testing, he is testing them, so he can see how they react. No, that is okay, there is nothing wrong with that. Why shouldn't he? At the dollar store he does that with the girls behind the counter. They're ringing him up, he's “Oh yeah, I had this woman last night. She sucked me so good.” So can they take it? No, what's wrong with that? It's okay.

Lily, she gets mad. She doesn't like to be around him. I have to say, “All right, you stand off here, I'll talk to him.” But okay, they need me. Leo gives the jobs and Lily is a good worker, so all right, I talk to one, I talk to the other. No, Leo is all right. He just thinks all women are whores, so he talks.

Wally was different. Brothers, but different. Oh Wally, he blushed. A woman looked at him and he blushed. He could not speak. No, he never spoke near a woman, except tenants, I guess, and Lily. The first few times he saw Lily, nothing because he was scared. He just looked away and went someplace. But then he started staying around, this was in the garage, and they talked and he liked her. So, all right, she's a good worker and he had jobs, but also he liked her.

Yes, yes, she liked him too, all right. She is good-looking, for once a good-looking woman talks to Wally. I don't think he’d ever talk to a woman, a good-looking woman, except for Lily. His first time. How old was he? Hey, come on, you know. He was 60, 61. That is young to die! He drinks Pepsi, he never walks, he eats donuts. So he dies, 60, 61, but that's not old.

Old to talk to a lady, all right, for that he was old. Leo, he talks to them all like they're whores. But I have the garage again. “Move in, go ahead, I don't give a shit,” Leo said. But I'll wait for the will. [Again with decision:] I'm not going to move twice.