The TV Show That Never Was

Fiction: The glory of Sky Frontier. 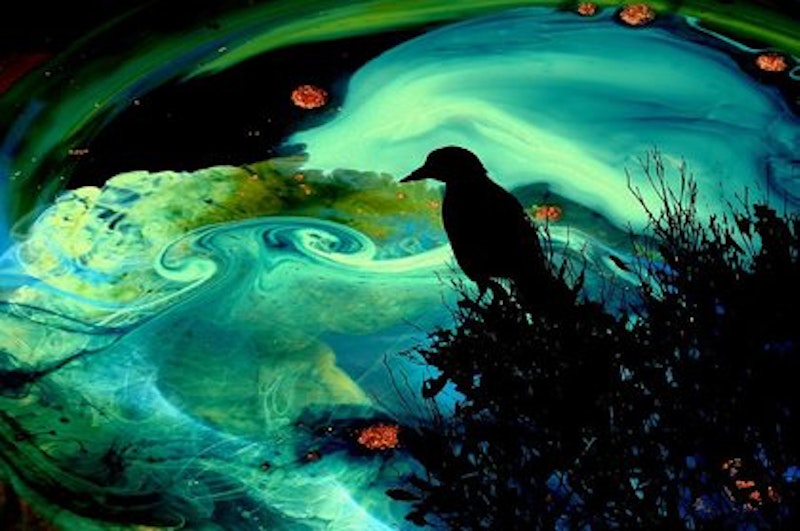 Nowadays Eppinger told the story of how they wanted to call it “Galactic Central.” Typical network. First off, it wasn’t at the center of anything. It was at the edge, the jumping-off point, the brink of deep space. He had sold the show to them that way: San Francisco on the Barbary Coast, with half-settled wilderness around it and the Pacific beyond. Second, he kept driving home that this was not kidvid, and what did “Galactic” sound like? The men in the offices, bless them, had only so many ideas to go around. No, really—and here the audience’s laughter would ripple up in anticipation—just so many ideas they all had to share. He’d been talking with Isaac, the good professor, and Professor Asimov put the figure at 17. But, for his part, he was an optimist, he had faith in the system, and he believed the list easily got up to 24—25, if you counted ass separately from tits.

The audience roared at this; its average age was quite young.

Or else they said, if you were lucky, let’s see, robots, ray guns, tentacles, and galaxy. That was their idea of a science fiction word, galactic.

Eppinger stepped back from the microphone. One pipestem arm bent, fist on hip, he took a slug from his glass. The kids waited. They filled the rows of folding chairs, lined the walls, spilled onto the ballroom floor. They stood three deep around the doors; every now and then the hotel manager would stalk through, nagging them to keep the fire exits clear.

Eppinger leaned his glasses back toward the mike, poked at his iron-gray hair.

In that case, of course, everyone would be here to pay homage to “Galactic Central” and maybe it wouldn’t be the same sort of day, of weekend. For what it was worth, words had power. They could take that from someone who had been working for words—not with them, for them—working for them since the first time he’d seen a typewriter in the store window downtown. When people heard about this show, he didn’t want them to think ray guns and maybe he didn’t want them to think galactic either. He wanted them to think… horizon. He wanted them to think about… what comes next. He wanted them to know their minds were about to be stretched, that here was their chance to step outside themselves and try to catch a glimpse along the whole reach of man’s history—sorry, human history—as it bent beyond the known and out into the stars.

“Beyond the sky… ” They all knew the words. He said it again: “Beyond the sky…” The kids leaned forward, the whole crowded ballroom. Eppinger smiled, ducked his head, indulged in some showman’s sadism. “He was with me,” he said, and pointed at a man in the front row who had glossy black hair in a wings cut. “About the same age as some of you. I read it off to him and said, ‘Len, what do you think?’ And he didn’t look up, he was there working, he didn’t look up, he just listened. And when I was done, he said, ‘Well, it’s better than the last one.’” Laughter. “Len? Stand up for them. The very distinguished Mr. Len Bacall.” The young man stood and nodded into the applause.

“And you know? I think it was better than the last draft. ‘Beyond the sky…’” Silence again. “‘Beyond the sky lie the stars… and man’s future.’”

The applause boomed against the walls. It rattled the paint-caked chandeliers.

Silence fell at last. Eppinger said quietly, “That’s more or less what I said to the programming guys the next time we sat down. And that’s why we’re all here today to talk about a program called Sky Frontier.”