Anxiety at the Airport

Waiting for him to come home. 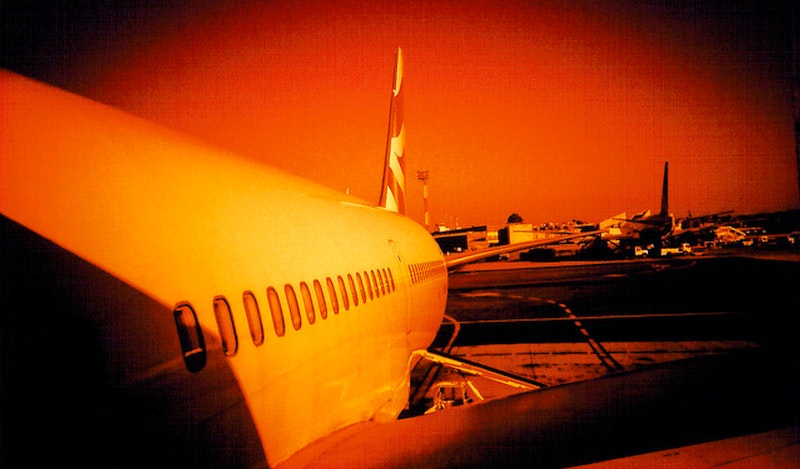 Anticipating my boyfriend’s return to America for the past couple of months, several montages of how our reunion might go have played through my mind. I picture myself looking through the throngs of people exiting the plane, eyes darting back and forth between every passenger until my eyes catch his silhouette. Unable to contain my excitement, I’d dash toward him at full speed and he’d drop his luggage just in time to catch me and spin us around in a tight embrace before security tackled me to the ground because this isn’t 2000. Realistically what’ll happen is that I’ll arrive at the airport long before the plane is even scheduled to arrive and pace back and forth until an anxiety-induced barrage of text messages are sent to a friend. Will they be dramatic and written exclusively in caps lock? You bet!

It figures that the final stretch would roll by at a snail’s pace. Once it became December, friends and family routinely asked: Are you excited? I’d shrug and smile nervously. Of course I’m excited. But I’m also restless and on edge. Is it irrational to feel so apprehensive? This is my boyfriend, after all. We haven’t seen each other in a year. People change within the span of a year—we’re no exception. What if our conversations no longer contain any substance?

Obviously, we’ve kept in touch. But long distance, coupled with different time zones and conflicting schedules make for little time to communicate. Most times I’d only receive one text message to hold me over for a few days. More often than not, I’d go weeks without hearing from him because of his occupation. Within the past year we’ve gone three months without interaction. Our conversations were so few at certain points within the year that I’d gotten used to not speaking with him. If anything, it was normal. On the off chance that we were able to get a couple of words in, it felt different. Why bring up what I did last week if it no longer mattered? What’s the point? It’s cynical, but that’s the mindset I held for a long time.

My palms were sweaty during the drive to the airport. The anxiety caused dizziness. There was a man waiting by the exit with a bouquet of flowers in hand, pacing back and forth and pausing every so often to stare down at his watch. Watching him amplified the tightness in my stomach. Waiting is the worst, and only heightened all of the sensations. I’m sitting now, typing the rest of this out with clumsy fingers on a shitty phone with a screen that’s too small. Thanks to having restless legs, one of them is bouncing up and down, causing me to look like my entire body is shaking.

Is it hot in here? It feels hotter in here. He’ll be arriving any minute now.

Surprisingly enough, I didn’t cry. Months of hardship, arguments, insecurities and doubt melted away the instant he smiled and reached out to greet me. There was no dramatic or romantic embraces, or passionate kissing followed by a parade of rose petals, but this was better. It was real, it was embarrassing, and fulfilling. We immediately fell back into our old ways, goofing off and mimicking each other with awful impressions before heading off to baggage claim, hand in hand.

Although the time we have together is temporary and will pass by quickly, looking down and being able to see his sleeping form next to me makes it hard to think about the negatives.