Our Fluid Sense of Self 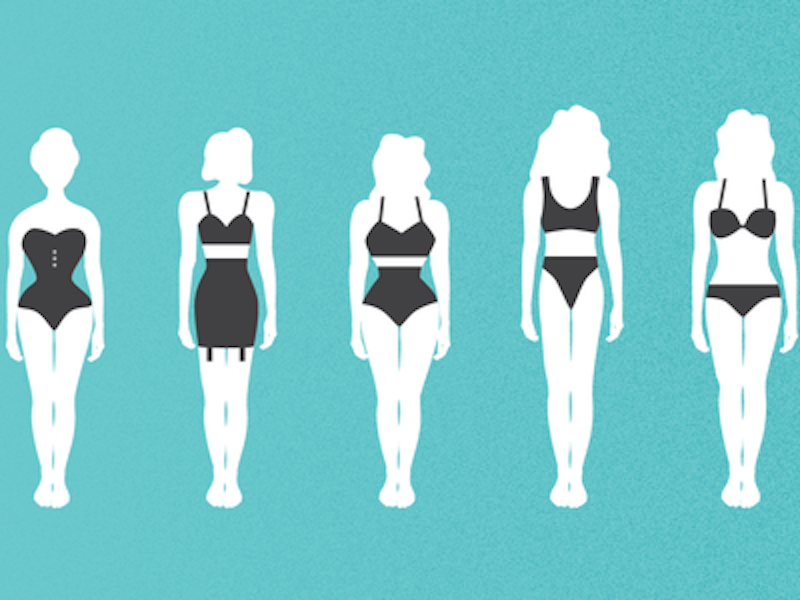 My relationship with my body: it's a clusterfuck, and I honestly don't know how to un-fuck it. The world today has presented me with myriad solutions: therapy, the body positivity movement, whiskey—the list goes on. But I can't afford regular therapy, my liver can't sustain any more drinking and while body-positivity is a great thing, it doesn't always cut it. Most wisdom regarding body image, conventional or otherwise, doesn't account for any complexities of feeling.

There's not a person I've ever met who's 100 percent into their body all of the time; it's a scientific impossibility, like licking your own elbow. It's hard for everyone, women in particular, to be bombarded with images of genetically perfect people and know that you don't stack up to that. It's hard to want to love yourself, but feel like you're just not there yet. The most difficult part is to remember that that's actually fine. In fact, the only easy thing about any of this is forgetting that you'll eventually find a way to be cool with yourself, that you'll have a day soon where you’re picking up what you're putting down.

On particularly maudlin days, I think that the term “love-hate relationship” was invented to describe body image. I want to be appreciated for my personality, character and intelligence—but so help you if you don't think I'm pretty. I like feeling pretty, I like being told I'm beautiful. In any relationship I want that, and of course, in a romantic context, that person had better be into me physically as well as intellectually and emotionally.

When I like someone, my confidence wobbles. Instead of feeling empowered by having the positive regard of someone reasonably awesome, I agonize over every inch of myself and worry that I'm not good enough. Compare that to when I go on a date with someone who's decent—but who’s ultimately meh: I get borderline cocky, flashing smiles, flipping my hair. Why? Probably because I have less fear of rejection, but I'm just gonna chalk it up to the perverse workings of my inner mind.

The worst thing about this, though, is that I'm not the only one. Actually, I'm convinced that this is what it's like, on some level, for everyone. How could it not be? We grow up surrounded by media telling us that tall—but not too tall—skinny-yet-busty women are the standard we should measure ourselves against. Men are told they should be tall, jacked-up gym monkeys with baguette-sized dongers. When faced with that kind of standard, we begin to realize that we all look like garbage by comparison.

But hey! It's not cool to think of that as the only standard of beauty, we're told. Christina Aguilera reminded us all that you’re beautiful—so you think: okay. Let me flaunt my flaws. Defy the norm. I'm a woman of size, let me wear a crop top; I'm a taller-than-average girl, but I'm gonna wear these heels anyhow.

Problem is, as empowering as ignoring the “rules” can be, it's also you, shining a light on your own insecurities. Yes, they’re unfounded, and yes, it’s great that you're a fashion badass. But it's still scary, it's still something that you're doing to mess with your own psyche. Take me, for example: I have an irrational hatred of my arms. This summer, I was headed to a date, wearing a tank top. I felt pretty brave. On my walk over to the bar, one particularly imaginative species of anus-based amoeba said “Hey, fat bitch!” Nice. I get it. I'm not a slender flower. About two blocks later, another diamond of the first water threw me a “Hey girl, dat ass” and followed me making kissing noises for about a block.

Let's be clear: both of those guys are scum, I ignored them—but this is what people are subjected to on any given day, at any moment. I was already nervous, feeling self-conscious because who doesn't when they're on their way to consume alcohol and possibly make out with a total stranger? But I felt on edge, kind of shitty, by the time I reached my destination. I kept telling myself to rally, because that's what strong, independent ladies do nowadays. They ignore their insecurities and charge on, right?

I don't think so. I think it's time to accept that we can be body-positive without always feeling positive. It's time to admit that we don't believe in fat- skinny- or anything-shaming, but sometimes, shame is inevitable. Because body image is more than just vanity, and it’s not superficial—it's a huge part of our mental health and our sense of self, and those are fluid, ever-changing concepts.

Interacting with the world affects how you see yourself, from a shitbag cat-caller to your BFF telling you that you're looking fly AF. Let's just accept that there are good and bad days, positive and negative feelings, sad and happy thoughts. Standing on the precipice of post-holiday “New Year, New You” dietary madness, I want only to accept myself. That doesn't mean that I’ll always like myself, because I’m human, so I'm still trying to get everything figured out.