When does baseball season begin? 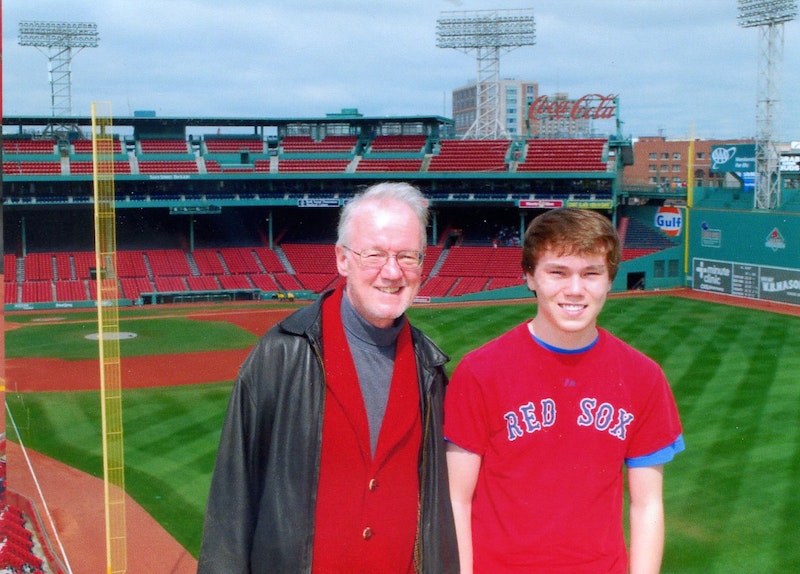 At some point next week, my son Booker and I will trim this year’s Christmas tree, as always a full and tall one that’ll scrape the ceiling of our sunroom, again frustrating my wife’s desire to put an angel on top. Our store of ornaments, wrapped in tissue, is a rich one—stretching from a couple of my mother’s from her Bronx home in the 1920s, to the WWII non-metal numbers and then glass teardrops from the 50s, and a bunch of half-price pieces that my mom always bought on Dec. 26 in the 60s. We’ve added many ornaments since, purchased in countries all over the world, and some really, really fancy ones from Bergdorf’s when the 90s were in full, fantastic gear.

There are one or two sentimental favorites from my youth, but I also like hanging the Boston Red Sox’s 2004 World Series commemoration ball. The Sox have taken two championships since then, but that’s the one that counts. And that gets me itchy for the start of the 2016 baseball season, which is about 100 miles away, and the hope that the Sox can escape the AL East cellar they’ve inhabited for the past two seasons. I’m a one-sport guy: couldn’t care less about pro or college football, hockey, basketball or golf. I used to be a big boxing fan, but once Ali disappeared, my interest waned. I guess if the Patriots win the Super Bowl or Bruins take the Stanley Cup it might be construed as good luck for the Sox, but I’ve other superstitions that take precedence. They’re too ridiculous to mention, so I won’t.

I miss the day-to-day rhythm of the 162-game season, and while other fans hang on every rumor during the off-season, especially at the winter meetings, there’s nothing like Opening Day. During the 90s, I had a standing bet with my friend John Baxter at New York Press: $50 on the Bosox, and John always put his scratch on the Yanks. We needn’t recall how those wagers ended up. There are a lot of fans who count down to the day pitchers and catchers report to spring training, but that also does little for me, mostly because at that time Baltimore is ugly and cold, and I’m more concerned that the heating will conk out or I’ll take a spill on black ice.

The snapshot above of Booker and me was taken at Fenway Park in June of 2011, when we were in town to catch a game, one that the Cubs—during the dreadful inter-league schedule—slaughtered a very good Boston team. At least until that September when the team folded, losing a wild card berth on the last day of the season, and the acrimony led to the disgraceful sacking of manager Tito Francona and GM Theo Epstein’s escape to Chicago. Fenway isn’t my favorite park, despite housing the Sox, since it’s cramped and confusing, and the spectators can be abusive. I prefer the nearby Camden Yards, the most accessible stadium I’ve attended, and populated by good-natured ushers and O’s fans, even if you’re wearing a Sox cap.

Am I bullish on the Sox contending next year? Of course, always am. New president of baseball operations Dave Dombrowski is a lot more aggressive than his scared-of-a-mouse predecessor Ben Cherington—that might be unfair, as I’ve never met Cherington, but his cautious approach was maddening. Dombrowski made a splash by acquiring ace David Price for a $217 million contract, a deal that some of my friends thought too expensive, but hey, it’s not my money! He gambled by trading away prospects for closer Craig Kimbrel—relievers are always dicey—and added so-so outfielder Chris Young, which was a yawner. Not so dispatching starting pitcher Wade Miley to Seattle for set-up man Carson Smith, but I’m hoping for more. Like getting rid of Hanley Ramirez, unfathomably slated to play first base, a move that makes 1960s 1B Dick Stuart look a perennial gold-glover. Shortstop Xander Bogaerts must be thinking of all the errors Ramirez will cost him. The 800-pound third baseman Pablo Sandoval probably hasn’t even followed Dombrowski’s blueprint. I wish the Panda could be dumped to some NL team, but I guess there’s a limit to how much money owner John Henry will eat.

Booker, sabermetrics-minded, worries that Dombrowski will sacrifice the future—the Sox still have an excellent farm system—for immediate gratification. My son’s a Sox fan for the “long game,” meaning enduring re-builds for a more solid future. He’s 21. As my friend Rick, a few years older than me, says, “I have no long game left. Win now!”