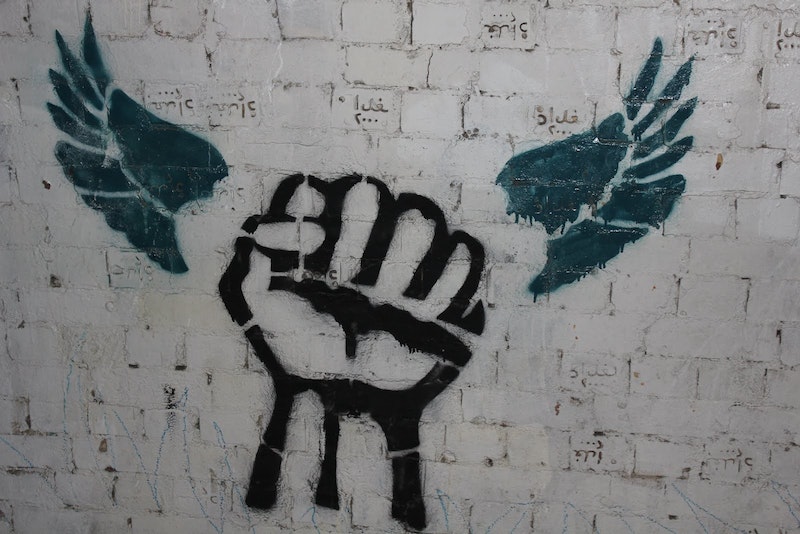 Few things can be more inspiring, empowering, and life-affirming than the fearless expression of love. This revelation first hit me when I attended the 1993 Mid-Atlantic Regional Anarchist Gathering.

Held at the Center City Friends School in Philadelphia, the MRAG was a huge public conference that aimed to build solidarity within the mid-Atlantic east coast's anarchist community, a community which I had some connection to due to my involvement with early 90s political activism. Among the many MRAG workshops and seminars that I attended there were a few that mixed an anarchist agenda with sexual issues. One of these was simply called Anarchist Sex—yep, that's right, a free-form talk with radical leftists all attempting to give each other "politically correct" sex advice.

To my disappointment, forgettable rambling and immature giggles dominated the Anarchist Sex talk. After about an hour of this mind numbing blather, a lull began to set in. The silence was broken when one of the discussion organizers tried to wrap things up. He looked around at the crowd and quietly intoned, "So... is there anything else we should talk about that already hasn't been mentioned?"

The discussion’s most unexpected participant then raised his hand. This was a lanky older gentlemen dressed in humble work clothes. He had curly unkempt grey hair, icy blue eyes, and olive skin. This guy couldn't have been under 65, and he didn't know any of the other Anarchist Sex participants, most of whom were 40+ years younger than him.

Sitting on the floor close to the center of the room, the enigmatic old-timer began to speak in a voice that ached with sincerity.

"The one question I still have is this: Why haven't we had any actual sex here today?"

Gsps of shock and horror, eruptions of laughter, pale bloodless faces, and furrowed brows swirled all around the old guy.

When the chaos settled, he went on to give erudite criticisms of monogamy’s intrinsic fascism, the symbiotic connection between patriarchy and marriage, and the Puritanical society’s narrow definition of love. With enchanted grace, this odd elder also provided undeniable proof that mass romance stood at complete odds with all of these dark concepts.

Despite the old man’s rhetorical wizardry, there was no Bacchanalian love fest that day, but whether or not we all decided to bang each other was irrelevant. What made this man's words so tremendous had everything to do with how unabashedly they were expressed.

Though it didn’t inspire me to run around randomly extolling the virtues of group sex, this revolutionary love sage's ebulient pontification was the high point of that anarchist gathering and the most fearless expression of love that I've ever witnessed.