Too far up the food chain. 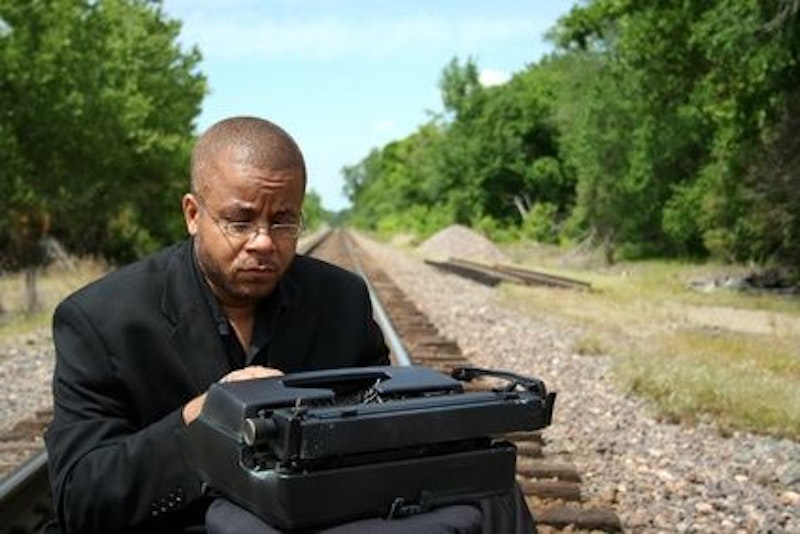 You'd think that if there were one thing writers would be experts on, it would be writing. So why is it that whenever I read a writer on writing, I am left with the distinct impression that he or she is all wet?

A case in point is a recent piece in the New York Review of Books by Tim Parks. Parks' piece muses on whether or not, and how, money affects writing. Do writers write better when they get paid well? Can too much money hurt writing quality? Why do writers write, anyway? Parks speculates:

I was writing, I think, in my early twenties, to prove to myself that I could write, that I could become part of the community of writers, and it seemed to me I could not myself be the final judge of that question. To prove I could write, that I could put together in words and interesting take on experience, I needed the confirmation of a publisher’s willingness to invest in me, and I needed readers, hopefully serious readers, and critics. For me, that is, a writer was not just someone who writes, but someone published, read and, yes, praised. Why I had set my heart on becoming that person remains unclear.

In short, Parks is keying into the fact that artists, in whatever medium, are motivated by social capital— respect, prestige, fame— as well as money. Often they are willing to trade one for the other. A perfectly reasonable point, though hardly a revelatory one.

What's missing here, though, is the sense of writing as something other than art, craft or community. What's missing is the sense of writing as day job. The vast majority of writers aren't coming out of, or working in, the creative writing courses Parks mentions. They're not looking for recognition, at least, not primarily. They're sure as hell not wondering whether too much money will negatively affect their writing.

So what is the vast majority of writers doing? I'll tell you. They're writing SEO copy for godawful, often morally dubious websites. They're writing instruction manuals for online marketing courses through packagers. They're writing educational materials, or editing other people's dissertations. They're writing author bios for online encyclopedias or bands. They're doing work, in short, which doesn't involve a community of writers, or peer respect, or worries about whether too much money is going to affect the quality of their work. Indeed, "quality of work" for most writers most of the time doesn't mean literary flair, honesty or style. It means hitting the right word count with clean copy before deadline. Period.

For a writer, I'm pretty successful. I've written essays for a bunch of mainstream high-profile publications, and I've managed to pursue a lot of personally rewarding projects while still being able to make a living as a freelancer. And yet, lucky as I've been compared to the vast number of people who try to work in this profession, I read Tim Parks' essay and I think, good lord, he lives on a different planet, doesn't he? In his essay, he muses over his decision to keep his gig at the New York Review of Books when he could have gone to a site with larger traffic but lower compensation. Did he choose correctly? Might he have made more money eventually if he'd gone for the bigger audience? I can understand why that would be a difficult decision, and it's certainly not wrong for him to talk about it… but all I can think when I read about his travails is that he’s wondering if he should trade up, or sideways, on The New York Review of Books, and I'm over here praying that some packager will sign me up to write some wretched jargon-clogged business textbook so I can pay my quarterly taxes.

There's no particular mystery as to why the dreary world of work-for-hire writing is largely ignored in these sorts of discussions. First, work-for-hire writers aren't musing on their craft in the NYRB—if they were they wouldn't be work-for-hire writers. Second, and perhaps more importantly, even people with feet in both worlds (and I'm sure there are a lot of us) tend to talk about the interesting thing they do, not the boring scut work that looks like any other white collar day job. Everybody wants to know how to be a romantic individualist negotiating their complex relationship with capital at least to some degree on their own terms; nobody really wants to hear about how writers are just cogs, greasing the bytes of the Internet or the textbooks of the educational establishment.

But I think it's at least worth pointing out that when writers talk about writing as personal expression, art, craft, or calling, they are speaking for a tiny minority of writers, both historically and today. If you really want to find out about writers’ relationship to money, don't go to the NYRB, or The Atlantic, or Slate. Instead, post a want ad on Craigslist. As long as you're willing to pay them, the folks who respond will tell you all about it.