What He Said to the Man with the Chinese Wife

And other dumb things Marvin has done in conversation. 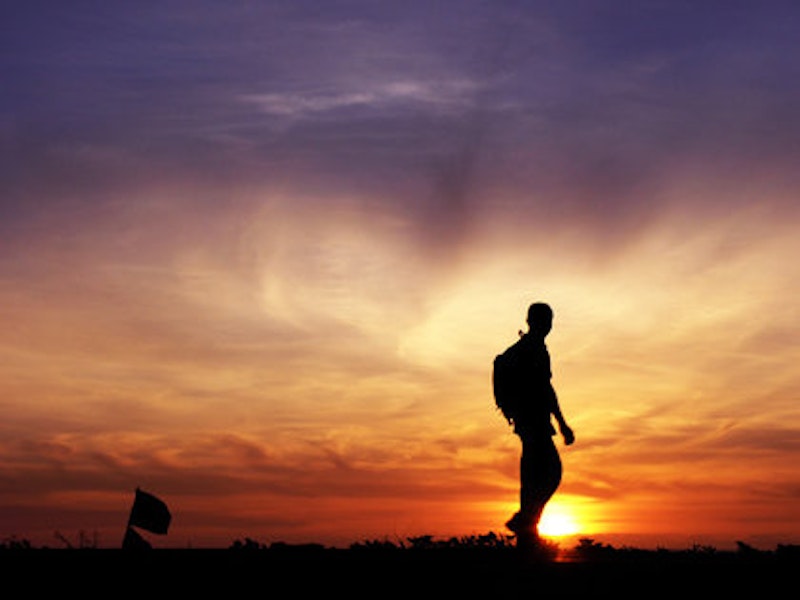 My friend Marvin wonders why people don’t like being around him. Last night he told me a story about his backpacking days. In Oaxaca he’d been sitting around the kitchen of a backpacker hostel, just hanging out. An American couple arrived: middle-aged, the man white and the woman Chinese. They were coming in from somewhere and leaving the next day. Marvin, by contrast, had been loitering on the scene for weeks.

The three of them chatted, and at some point the man said, “Oriental.” I don’t know in regards to what. But he said, “Oriental,” and then Marvin said, “Asian.”  Remember, the man's wife was Chinese.

Marvin says he didn’t make any particular show of the correction. No regretful murmur, more like he was sharing a pointer: Here, I’ve found this useful. And there was the man’s wife, sitting at the table, and she was Chinese. At least she laughed. She thought it was pretty funny, so there’s that. But every now and then Marvin thinks of the moment and holds it up to himself. See? goes the tenor of his thoughts.

See what? He's not sure. But to him the moment is a sort of badge. It represents some tendency he must guard against. It stands for his particular brand of stupidity.

On the whole Marvin does guard against being a buttinsky. He says he has bad memories running from his early teens and onto into his 20s. Memories of him opening his mouth to say something that he thought would amaze and delight. He learned not to, and to him that was a step in growing up.

The scary thing about the Oaxaca moment is that it came years later, when he was 37. He hadn’t grown up after all. So he said this and other embarrassing things in his first year as a backpacker. He said something to a young Australian woman in Turkey, something that he refused to describe. “If I told you what it was, you wouldn’t find it interesting,” he said, shrugging. “It wasn’t racy or dramatic or striking. But…” And there he stopped.

Another time… “Oh, fuck.” This was in Guanajuato. A nice baby-boomer man with a beard and a therapy practice was describing his uniquely blended technique for inducing therapeutic states of mind, and Marvin, a bland devil’s advocate, led the man to acknowledge there was no difference between this unique blend and conventional meditation. Oh fuck, fuck, fuck. Marvin felt pleased with himself! And then he didn’t think about it again until years later, at which point he said to himself, “Almost 40. I did that when I was almost 40. Oh, fuck.”

He said it again now. We sat for a few moments. He picked up in a calmer frame of mind. “A key factor regarding these remarks,” he said. “I see life as a series of job interviews. Whoever is face to face with me gets to decide whether I’m worth keeping. So I perform. I dope out the necessary rigmarole and I trot through it. If I’m feeling my oats, I put some zing into the proceedings and amp up people’s mood a little. If not, I just trudge, since really my life isn’t my own. I’m always being put up for judgment before people who can kick me away.”

He described his backpacking days and the interviews it bombarded him with: coyly censorious Brits, childlike and enthusiastic Frogs, offhand and arrogant Germans, psychologically wacked Americans, timorously disdainful Swiss, insidiously resentful Canadians. They made up a flash card series of dim and vivid sequences that involved the saying of things that either did or did not go over. Sometimes Marvin said the thing in question; sometimes not. The disasters Marvin suffered were painful, his triumphs small-scale, and all the while he felt crimped and hopeless, living life on miserable terms.

“I'm a little better,” Marvin said. “Not much. But I am amazed that I said it. A small thing, but remarkable in its way. My guess is that I thought they would say, 'Oh, there's one thing he's in top of.' I was spending a lot of time in the zocalo and the parques, and I knew I wasn't doing much, just loitering in town, so… You know? Like they'd say, 'There's one good habit taken care of.'”

I think I saw what he meant. Like he was a 37-year-old boy expecting a badge.

“And you're remembering it,” I supplied.

“I waited a long time before backpacking. I was 36. All those years going to the office, dealing with people, making money. I had to be an adult. I figured I had accumulated into an adult: college, job, better job. But take the job away…” His hand, palm down, fell away to the right. “That was my adulthood,” he said.  “Just a pile of sacks falling over.”

“And you know because you said something dumb.”

He shrugged. “That's my theory. When you say something really stupid, that's when you get a look at the really dumb, untrue things you take for granted. The ass-end of your consciousness sticks into view. It's one point or bump on the particular configuration of your stupidity, and that particular point or bump just scraped reality. So, if you're paying attention, you can follow that point or bump back to the main body. You can start figuring out your big mistakes and get your life on track.”

“Marvin,” I said. “The thing about people not wanting to be around you. It's because you make them tired.”

He looked at me. He had another memory that would never go away.