The world of 2016 isn’t quite believable. 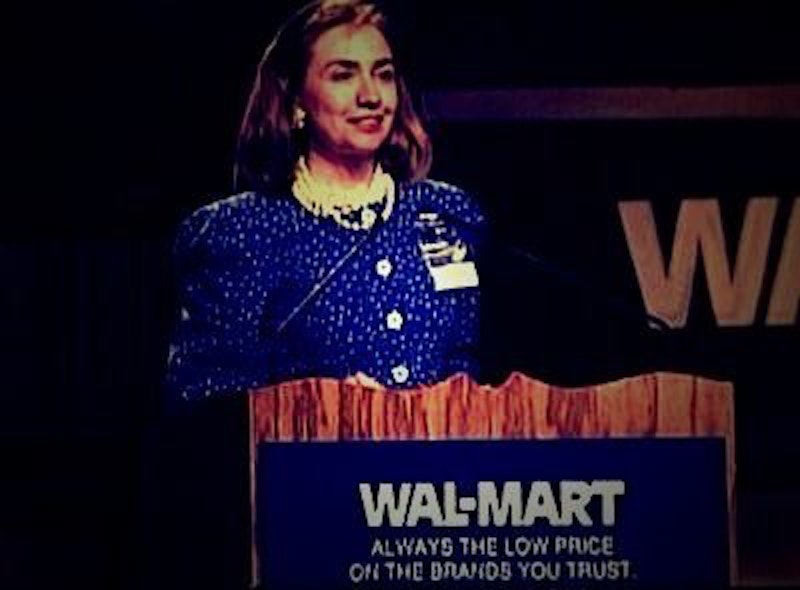 The following article was found in the November, 1986 issue of Dispossessions: A Science-Fiction Fanzine.

Science fiction imagines the future and is called escapist. That’s fine. Sometimes escape is good. Here in 1986, some of us wish we could escape to a 21st-century free of the shadow of the Reagan/Bush regime. Still, escapism can only take you so far. Shattered, a new novel by Jonathan Allen and Amie Parnes, suggests the distant year 2016 will have its own problems.

Nominally a story of cyberpunk espionage, the book takes the form of a futuristic campaign memoir, like a more gossipy version of Theodore H. White’s Making of the President books. It has a modish cynicism that’s alien to White, more along the lines of Joe McGinniss’ Selling of the President, and is the more believable for it. That’s mixed with science fictional ideas out of William Gibson or Bruce Sterling to get the story of a presidential campaign shaped by computer hacking, electronic mail, and a worldwide computer network that’s reshaped the media landscape.

Cyberpunk meets civics class, then, and the result’s weirdly mixed. It follows the Democratic candidate in the 2016 election, a woman named Hillary Clinton, as she decides to run, stumbles through the primaries, and is defeated by her Republican opponent. That’s not giving away the ending; the authors tell us the result up front, and the entire book is cast as a long post-mortem of a failed campaign. Shattered gives up a chance at novelistic suspense for the sake of accurately recreating the feel of political journalism, and though that’s fair enough, I wish the prose had been more distinctive. It’s too bad the writers hadn’t gone far enough to imagine a book written by someone with more of a knack for language, or even a point-of-view—a futuristic equivalent of a firebrand like Christopher Hitchens, say. In 2016, Hitchens would only be 67, and the campaign outlined in Shattered would give him plenty of grist for his mills.

He’s not mentioned at all, in fact, but otherwise Shattered doesn’t hesitate to use real people. Hillary Clinton is in fact the wife of the current governor of Arkansas, Bill Clinton, whom the book imagines winning two terms as president in the 1990s. Shattered suggests that he’ll be preceded by Vice President George Bush, but thankfully makes us suffer only for one term. Clinton will be succeeded by a junior Bush for eight years before a black president named Barack Obama takes over; paradoxically, Obama’s a popular politician who doesn’t set a foot wrong, but doesn’t bequeath a legacy of fervent supporters to his would-be Democratic successor.

Clinton’s primary opponent is the current mayor of Burlington, Bernie Sanders, here cast as a quixotic left-wing populist that contrasts with Clinton’s canny centrism. Sanders loses, setting up Clinton for her own defeat at the hands of real-life New York real estate tycoon Donald Trump—and how the authors got away with using his name I’ll never know. Maybe in the event of a lawsuit they hope to claim the protection of satire, or maybe they’ve struck some kind of deal with Trump. If the book’s to be believed, Trump will do anything for attention. As the story goes on he becomes progressively more odious, starting as a racist and ending as a rapist, or very nearly; there’s much discussion of an obscene audio recording of Trump making crude remarks without giving full details of what he said, making Shattered at once prim and salacious.

It’s all fair enough as over-the-top satire, but impossible to take seriously. Can anyone imagine rural Republicans rallying around a cynical New York real estate developer? The authors make a weak claim that evangelical conservatives support Trump in his campaign because they’re offended by him without being personally affected by his nastiness. That’s a liberal caricature of the worst kind of unprincipled conservative, surely. But it’s not all. The writers add a sub-plot near the end about pro-Trump computer hackers meddling in the election at the command of Russia, which is apparently no longer communist but fascist. This should’ve been expanded on or eliminated; as it is, it’s impossible to accept as more than cheap irony.

That may be the cost of the cynicism driving the book. There’s a strong and useful sense here of the corrosive nature of politics, where even allies plot against each other, and where the better candidate, Clinton, makes compromises and sacrifices ideals in vain. Of course there’s a healthy mistrust of the American electorate, supposedly so foolish that they’d even elect a man like Trump. But there’s also a uniquely science-fictional cynicism; if electronic communications has turned up in science fiction in any number of ways, I don’t remember seeing a book that imagines using computers to send sexualised text messages (“sexting”)—much less including that as a plot point on which a national election turns.

Still, the cynicism’s less original than you’d like. This is a story about a woman who can’t organize a political campaign well enough to win—a woman who can’t lead, and so loses to a caricature of masculinity. You don’t have to be a dedicated feminist to wonder if there isn’t some sexism here. It’s true that the book unobtrusively imagines many more women in politics than we see now. But if they’re still viewed through a 20th-century lens, is the book as progressive as it wants to be?

That question aside, what about the science fiction elements? What kind of world does the book build for its imagined 2016? There’s less of a change than you might think. Few science fictional elements are put in the foreground—computers have clearly become more prominent, and there’s a global computer network everyone can log into at any time, but the authors haven’t put much time into imaging how that’d change the world. That may be deliberate. There’s a general sense in the book that technological changes don’t make new things happen so much as make the usual things happen more quickly. Everyone has a portable phone, but that just means more meetings can take place more often. People can send messages to each other by computer, but most are just boring memos. Nobody bothers mentioning these things, so the reader has to be sharp to pick up on how the conversations that drive the slender story take place—not in person, but by computer.

One of the drivers of the plot in the book’s second half is a hack of a cache of these electronic letters. That follows an extended sub-plot about Hillary Clinton, once secretary of state, being investigated and attacked for impropriety in her storage of government “emails.” And then there’s those Russians. We have a sense of a new world, and of a campaign slow to adapt to it. Amusingly, the book contains an extensive selection of “footnotes” which suggest that the novel was written using the hack of documents as a main source, allowing the writers the chance to present campaign discussions in what would otherwise be impossible detail.

If the Clinton campaign doesn’t adjust to the new world of the 21st century, that may be a function of the age of the characters. While the book’s satire may be well-served by picking people from contemporary life as presidential candidates 30 years off, the practical reality is that Trump would be over 70, and Clinton 69 by election day 2016. It’s odd to think of baby boomers filling the presidency, but odder to imagine a contest between two geriatric candidates; we only have to look at the current scandal-ridden and probably senile incumbent Reagan to see the risk of installing someone so elderly to the top job in the land.

The book does nod to this by giving Clinton a brief bout with pneumonia, and it’s possible to imagine that the future’s seen some sort of medical advances making the elderly more active. In general, the book errs on the side of not giving the reader enough information about the future. One of the major splits in Clinton’s campaign, for example, is said to come from conflict between campaign chairman John Podesta and the “analytics team.” What’s analytics? It’s a kind of detailed demographic analysis of the voter base. It’s a little like a kind of super-polling, but, as Clinton finds out, not quite as reliable. It’s an interesting idea, reminiscent of an Asimov short story in which national elections are abolished in favour of giving a single man chosen by computer a vote from which the computer will extrapolate who everyone else would have voted for. But it’s underdeveloped. The analytics scheme fails Clinton. Why? What’s its technical shortcoming? I’m not sure.

Perhaps it fails because this is a cyberpunk story. Cyberpunk, to an extent, challenges the traditional science fictional idea of rational competent men solving every problem by technology. Here, Clinton’s not especially competent, and the rational competent men around her fail when it matters most. Trump, on the other hand, is a parody of a competent man: a blowhard who imagines himself an all-around genius out of a Robert Heinlein novel, but who’s actually clueless. As a satire of technocratic science fiction, then, Shattered’s not without a certain success.

In fact it’s less a cyberpunk story than a prologue to cyberpunk. People aren’t replacing parts of themselves with machines, not yet. And armed mercenaries aren’t getting into gun battles in urban areas, not yet. But the economy’s collapsing in the background, and that leads to a populist grifter like Trump getting elected. You can see how unequal to the job he’ll be. Although not marketed as such, you get the feeling Shattered is Book One in an ongoing series, in which we see a complete dystopia settle in across the United States. It’s a book that imagines how a leading nation-state might sign its own death warrant. As such, it’s valuable. But the politics are too one-note, too extreme, to be reliable. You can write a novel either as a realistic piece of near-future science fiction, or as a dark political satire. Shattered tries to do both, and ends up too unbelievable to take seriously.