We Honor Our Fallen By Fighting

Thoughts from a Trans Day of Remembrance service. 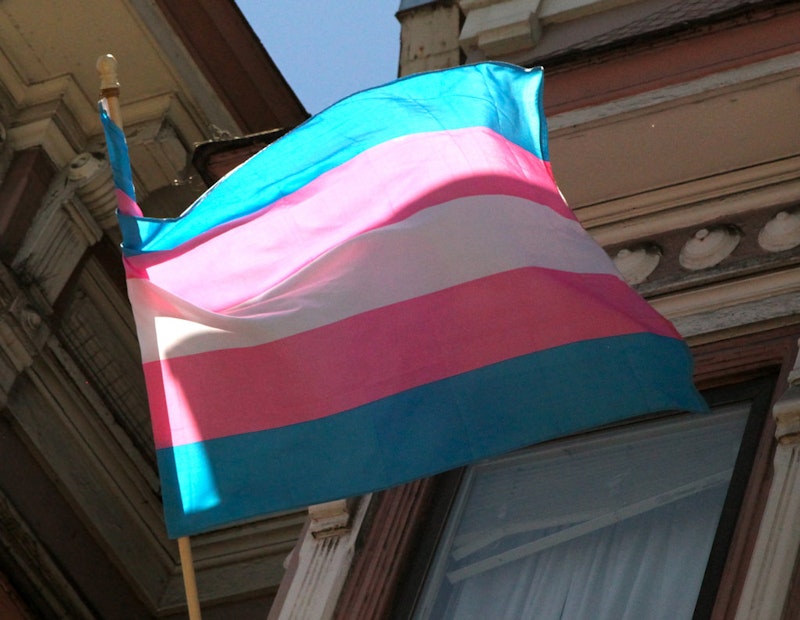 Last Monday I went to my local Trans Day of Remembrance (TDOR) vigil in Chestertown, MD. Normally it’s held at the Garfield Theatre, but this year PFLAG Chestertown (of which I’m a member) partnered with Washington College’s LGBTQ group EROS (Encouraging Respect of Sexuality) and held it on campus. There weren’t a lot of attendees—probably because most people were getting ready for Thanksgiving—but it was still great to see trans people and allies come together to remember our fallen.

While TDOR is always a somber occasion, this year’s vigil hit me hard. When we read the names of trans people murdered outside the US, many were listed as “Name Unknown.” Who were these unknown names? What were they like? Did they have jobs, families, friends? Why don’t we know their names? Were they not important enough in society to be remembered? I think that’s the reason. To their neighbors, they weren’t human beings with thoughts, feelings, and needs like everyone else; they were just degenerates of society who needed to die.

And to me, that’s the root of transphobic violence. We don’t fit into society’s pre-conceived notions of “normal,” therefore we must be evil. True, we’ve made some progress in the past couple of years. Celebrities like Caitlyn Jenner, Laverne Cox, Jamie Clayton, and Janet Mock introduced millions of Americans to the concept of being transgender. Also, just a couple of weeks ago voters elected two trans women to office, Danica Roem and Andrea Jenkins. Unfortunately, the opposition sees this growing acceptance of trans people as a threat to society, and they fight back. They fight back by electing a bigot as president. They fight back by making laws dictating which bathrooms we should use. They fight back by banning us from serving our country. They fight back by killing us.

I don’t want to play Oppressed Olympics, but I’m starting to realize the more I present as my true self, the more I’m likely to end up on next year’s list. So far I’ve been lucky. I might get some weird stares as my lipstick and make-up, but so far no one has harassed or threatened me. I even went to a Royal Farms in a skirt for a cigarette run, and nothing happened. But what if one day it goes beyond weird stares? What if one day someone decides they’ve had enough of dealing with freaks like me and decide to do something about it?

After we read the name of all the trans people we lost during the past year, they opened the floor to audience members who wanted to say a few words. I got up and read a poem I wrote for the occasion:

I felt it was important to give our community some words of encouragement. If any good can come from TDOR, it’s that it not only gives us trans people the chance to mourn and grieve together as family, but also to commit ourselves to working for each other’s liberation. We honor our fallen by fighting. Every day of our lives, we continue to say “No” to the opposition, and scream at the top of our lungs for our right to exist. I hope one day we won’t need TDOR, but until then the best way to honor our fallen siblings is to fight and stop at least one name being added on next year’s list.