A Life Surrounded By Books 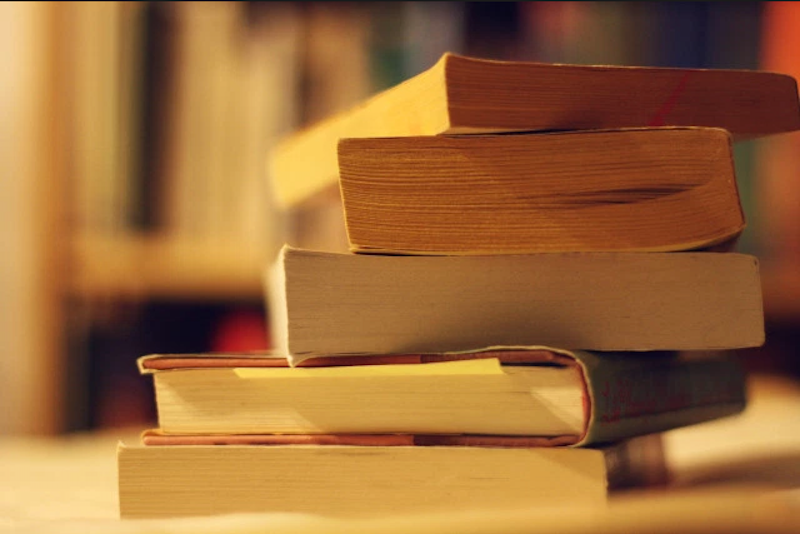 Years ago, I was the op-ed editor and pitchman for a well-known DC libertarian think tank that rhymes with Plato. One day, a young intern who we'll call John was stopped in his tracks by all the books in my office. We had several bibliophile bull sessions before I suggested a few volumes he might purchase. “I can't,” he said, looking down at his shoes. “Why not?” My guess was, as a badly compensated intern in an expensive city, he just didn't have the coin.

I was prepared to order a hardcover or two for him or even slip him some money. I wasn’t prepared for his actual response. “My wife says I can't buy any more books until I read through the stack I already have,” he told me. “John, this will not stand!” I said. “The next time your wife pulls that one, take her by the hand, look deeply into her eyes and say, 'Honey, I love you more than life itself, but this isn’t negotiable.'”

Most folks would realize that was not a serious suggestion: half-pep talk, half-joke. Yet a few days later he came running into my office, excited and short of breath. “It worked!” John said. “What worked?” I asked, and not rhetorically. “My wife tried to stop me from buying more books so I said what you told me to say. It worked!” he said, triumphantly. “I can buy any book I want!”

I've lost touch with John and don't know if the story of his nearly bookless marriage has a happy ending. But whatever ups-and-downs are ahead for my Canadian bride-to-be and me, she’s not going to start griping at me about having too many books, for two reasons. One, she is bringing a huge number of books into our marriage, the kind of baggage a well-read guy can appreciate. Two, books were one way I won her over. Anj loved that I was a writer of books and articles, that I like reading stuff out loud, that I live a life surrounded by books.

And how. Yesterday, my kid brother came to my place and helped move 35 boxes of books and graphic novels from my old place into a storage space. It's a way station that gives us more room in the new place to put up out-of-country bridesmaids. We'll move the books in once we have the place to ourselves again after the wedding. Honestly, I'm tempted to downsize a bit by selling a few thousand volumes. Better yet, commercial rentals in Blaine, Washington, are dirt cheap right now. Lott's Wife Books has a nice ring to it.