A Hack No More

Living the freelance dream, and wishing it would stop. 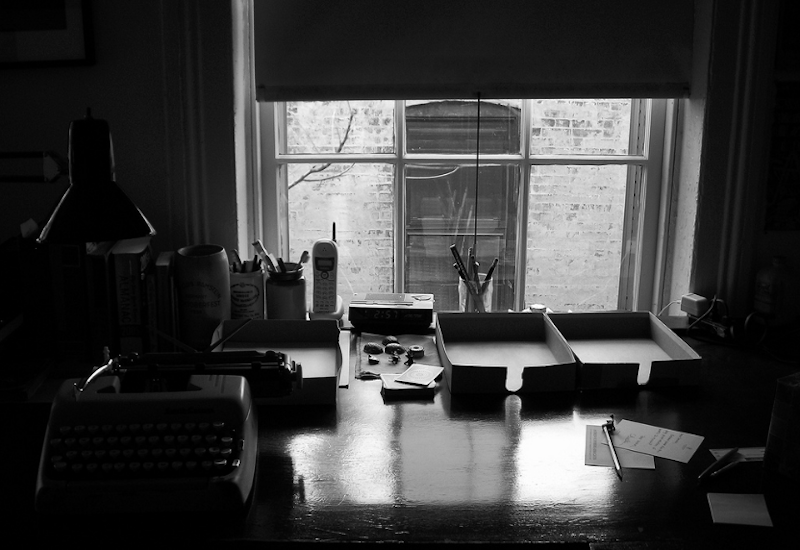 Ever since I started freelance writing, one of my goals has been to get rid of the work-for-hire scut work. My career’s a mix of bylined articles (like this one) and anonymous scribbling. I've explained bitcoin to high school kids, written summaries of diet books, found writing passages for standardized tests, and explained the virtues of floor tile. Work-for-hire isn't torment, but it's not especially fun either. If I had a choice, I'd rather write things I care about fulltime.

And then, at the end of last year, it happened. Two steady work-for-hire jobs disappeared out from under me. All of a sudden, I had to rely solely on pitching essays. At first I panicked. But then I realized that it was kind of working. I was able to replace the income from my anonymous gigs by writing more essays. For the first time in my career, I was spending all my time on writing that I wanted to do and that had my name on it. Almost accidentally, I'd fulfilled my dream.

But attaining your dreams is a mixed blessing. The work-for-hire job I was doing was unpleasant and the pay was mediocre. I don't miss it. But it was also steady. I knew every week that I’d be paid a standard amount for a somewhat predictable investment of time and energy. Drudge work isn't fun, but most people don't find their work particularly fun most of the time. Meaningful work is great, but meaning doesn't pay the bills.

I’m still paying the bills, as I said. It's just that freelancing got even more precarious. Every week I manage to fill with writing I like feels like a small miracle. And small miracles are awesome. But they're also nerve-wracking. Miracles, by definition, don't come along every week—they're a surprising, sporadic gift, not to be expected or counted on. If the one loaf and the fish feed you one day, you thank the powers that be. But if you start expecting to make something out of nothing for dinner every evening, at some point you're going to go hungry.

Which is why, now that I've attained my dream, I'm trying to ease my way back into reality. I'm checking job boards regularly, not for new magazines that might want my byline, but for someone who wants me to write educational materials or encyclopedia entries. My hopes soared when I learned that I might have a chance to write more about floor tile—but that doesn't seem to have panned out.

Not that I'm turning down new clients. But at this point, if I had to choose between writing an op-ed in The New York Times and picking up a client who wanted me to write dreary weekly summaries of self-help books for the next year—well. I’d be close, because my mom would be proud of a Times byline. But I think I'd take the self-help books.

Successful writers tend to portray the writing career as a progression. You start out as an unknown struggler, and you get bigger and better opportunities, and eventually you're (sort of) famous and stable and someone pays you to write for them regularly. But for semi-successful writers, the freelance career arc isn't so predictable. Personally, my career has been mostly one step sideways and then another step sideways; one door opens and another door closes. It is nice to, briefly, be a 100 percent real writer at last. But I'll be grateful when I get to go back to being a work-for-hire hack.