A Second Look at Assisted Loving

The memoir’s existence didn’t come as news to me. 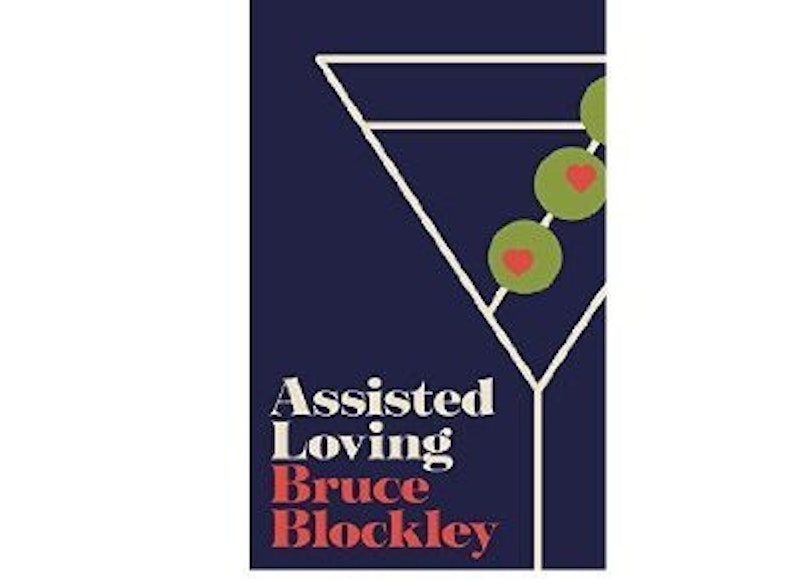 I was visiting family in California when my sister asked a favor of me. Bruce, her boyfriend, had written a memoir, and she wanted me to read it. It was about the follies of online dating, as experienced by a senior citizen. Twice-divorced, with three grown children, my sister was 62 at the time; Bruce, with one divorce fewer, was several years older, his parted hair the color of snow against his California tan.

The memoir’s existence didn’t come as news to me. Bruce had brought it up when first getting to know me, leading in with the tried-and-true “I hear you’re a writer.” In due course he worked in his own little jottings regarding his bumblings as a late-term lothario. These jottings, he told me, grew and grew until he’d discovered he’d written a book—the slimmest of books, as yet unpublished, he kept tucked away in a desk drawer at home. “I call it Assisted Loving,” he said, and I duly supplied the expected chuckle.

He closed by making a direct appeal I knew was coming and was bracing for. “I’d welcome your professional opinion if you’d ever care to read the book. I have an extra copy I could leave with your sister.”

I suppose my answer was not very encouraging. I shrugged while faintly murmuring, “Sure.” He never left the book for me, and I said nothing about it.

And then came this secondary appeal, through my sister. At that point I knew there was no squirming out of it. I agreed to take a look at the book, not expecting much. His spare-time literary labors aside, I’d gathered that Bruce, who worked in finance, was not much of a reader.

Nor much of a speller, either. My sister, who’d read the memoir through and pronounced it hilarious “in a dry kind of way,” shared with me this other, less flattering, side of Bruce’s writing. “Not that I’m such a maven of the English language,” she conceded, “but honestly, Howard, if I didn’t know how smart Bruce is with numbers—” She left the utterance dangling.

My sister had weeded the spelling errors and typed up a fresh draft, and it was this fair copy I was handed on loan. I packed the draft and took it with me when headed back home, and one night, weeks later, I sat down with it.

It took me less than an hour to read, and I’m a slow reader. The work was broken up into 17 short chapters, some of them barely 100 words long. And because of a tendency on the part of the author to start a new paragraph after each sentence (resulting in a lot of white space on the page), even those chapters that ran a bit longer were gulped down quickly.

Normally brevity is a good thing in writing, but was it good in the present case? I clucked my tongue at what I saw as an inability, or amateur failure, to flesh out a character, a scene, a mood. Beyond this, where was the book’s sense of place? It certainly had a place all right, in name if nothing else—Mill Valley, California (Marin County’s Oz). This is the town linked forever to the 1970s novel The Serial, Cyra McFadden’s brilliant send-up of the Liberated Californian. It was probably unfair of me to compare the two works, but as soon as I finished reading Bruce’s I pulled out my dusty copy of McFadden’s. I started flipping through it at random and was glancing at one of the middle chapters when I came across the following literary zoom shot of a Mill Valley moment at a “funk-and-fern” bistro:

“At Ethel’s he studied the menu, which took up the entire table, and waited for Bill, while the waiter squatted geisha-like beside him, describing the daily special. Ethel’s waiters always squatted beside the table, a touch Kate had always found intime. ‘The minted trout is fabulous,’ the waiter said, ‘but you might want to consider the special. If you’re into taking risks.’”

That, or something close to that, was what I saw as missing from the other, which contented itself with describing the same town’s bars and restaurants (the typical backdrops of Bruce’s first dates) as simply “trendy,” “upscale,” or “chic.”

The time came to call Bruce and deliver my verdict. “Your book,” I began, “is very funny,” and I cited one of the chapters by name. After this I cleared my throat and spent the next 10 minutes elucidating the tenets of narrative prose writing.

I cringe when I now think back to that call. Could this have been what Bruce wanted when first reaching out to me? Wasn’t his concern something more basic, like “How do I go about finding an agent? Do you have any names you’d be willing to share?”

In any event, my scintillating lecture went for naught. Like one who pleads a full stomach to an offer of more cake, Bruce, after thanking me politely for my insights, begged off doing any more writing for the foreseeable future. While he’d certainly enjoyed the process in the moment, this one experience was plenty for him. The last thing he wanted was to go back now and start to tinker around with the book.

A few months later Bruce contracted with a vanity press to publish his book. The next time I was out for a visit, the proud new author gave me a copy of the slender paperback bearing his name. To my chagrin, I left it behind in my brother’s old bedroom, where it was eventually spotted by Bruce, who complained to my sister.

At that point the book might have vanished from my life, never again to be opened by my hands, if not for a casual remark from my brother, whom Bruce had also presented with a copy. This was some months after my rude behavior. My brother, a highly sophisticated reader whose judgments I trust in the realm of literature, asked me if I’d read Bruce’s book. Receiving no definite reply either way, he told me he thought the book very funny, that it worked on the level of a series of jokes—set-up, punchline; set-up, punchline.

“He’s not at all interested in complexity, but on its own terms the book is well done.”

The very next morning, while making the bed, and walking from my side over to my wife’s, I happened to look over and see on her nightstand her own fresh copy of Assisted Loving (yet another gift of the author). Recalling my brother’s recent words, I picked it up and read it again, end-to-end in 30 minutes, standing the whole time. At various points I laughed out loud (as I hadn’t done initially), and even saw a creditable economy of expression in the use of trendy, upscale, and chic.

While not every chapter struck me as a winner, many I thought little gems of construction. “Shaken Not Stirred” is one such gem. It concerns a faded “Bond girl” starlet whose online profile in match.com gives her age as 51, but who winds up looking well north of 60 when she shows up in the flesh for the date. Afterward, desperate to learn her true age, Bruce rushes home to prowl on the Internet, where he finds his cynical doubts confirmed.

While reading the book this second time, I heard in Bruce’s flat tone a strong echo of the Sylvia Smith memoir, Misadventures, a small comic masterpiece from 2001. The book can be said to have come out of nowhere, like its middle-aged creator. Smith was an unschooled, first-time writer who had lived her life in drab London bed-sitters while earning her keep as an office temp.  Her book, a series of short vignettes dryly chronicling this drab existence, was thought to be a hoax upon its publication in England. An ordinary trip to the corner grocer was the subject of more than one vignette. Even stranger was the book’s veneer as an object of High Literature. It was done as a paperback, but it’s one of the handsomest paperbacks I’ve ever seen. How this all came about is part of the book’s enchantment. Smith’s original manuscript, so the story goes, had languished in slush piles for years and years until one Jeremy Lewis of London, a reader employed at one of the houses, plucked this perennial reject out of limbo and sent it forth into the world.

I doubt I can do the same for Bruce Blockley’s Assisted Loving, but I hope this little article will go some ways toward making amends for my earlier, regrettable critical misreading.