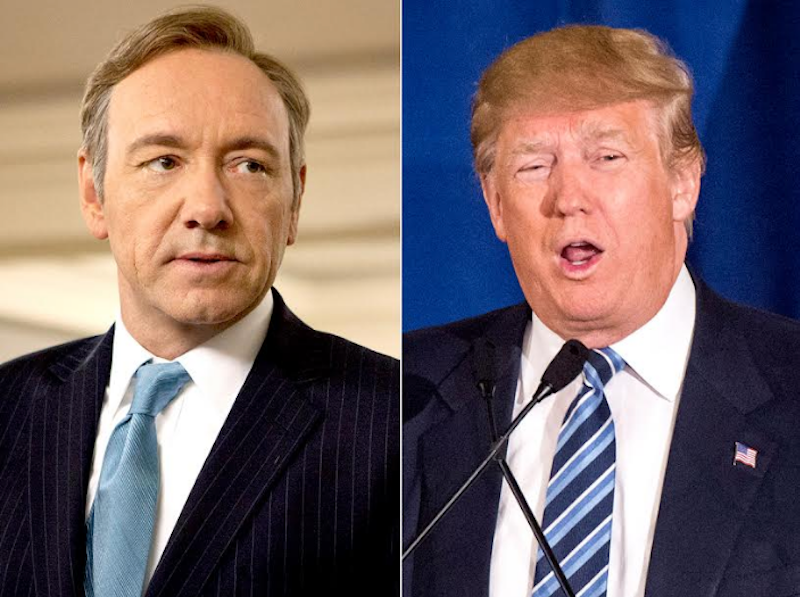 Reality Bites: I just finished reading Michael Wolff’s Fire and Fury: Inside the Trump White House, the best-selling book in the world right. I’m thrilled for Wolff, who made out like a bandit and managed to get millions and millions of Americans to buy and read a book at the same time that wasn’t written by J.K. Rowling or endorsed by Oprah Winfrey. Everywhere, people are reading Fire and Fury: people that aren’t typically politically engaged or interested in a gossipy Beltway book like this. But, once again, Trump becomes the exception. There’s nothing worth noting or rehashing beyond what you’ve already heard from Wolff’s numerous talk show appearances or screenshots on Twitter and Facebook (although everybody missed the hilarious detail that Anthony Scaramucci invested half a million dollars in the 2008 film Wall Street 2: Money Never Sleeps in exchange for a cameo appearance)—except for one observation Wolff makes about the nature of reality under the Trump administration.

It’s not a unique point, but bears repeating: “That was the radical and transformational nature of the Trump presidency: it held everybody’s attention.” Wolff writes, “Public life in fact lacks coherence and drama,” and “history, by contrast, attains coherence and drama only in hindsight.” This is an overlooked psychological side effect of the Trump era (understandable—there are just so many): America under Trump can’t be satirized, topped, or tweaked in any way, and no insight can be gleaned from Saturday Night Live cold opens or hack stand-up comedians. Wolff’s book has resonated because all he had to do was document and report on that first year in the Trump White House.

It can’t be improved upon and needs no gussying up. This is why all attempts at satirizing Trump or mocking him fall flat and land completely limp. “45”? “Half-term”? “Tiny hands”? “Donnie Two Scoops”? It’s all so pathetic, and by participating in it, one is injected into the real-time pro-wrestling narrative of the Trump administration as one of the wailing members of the #Resistance. “Keep Calm and Carry On”—have those posters cycled out of their early 2010’s revival? It’s good advice for living in a country lead by an incurious, nasty idiot. Don’t worry, we only have seven years left, just grin and bear it.

Erased & Replaced: I bet Ridley Scott’s thought about wringing Kevin Spacey’s neck until all the life leaves his eyes countless times since the actor was accused of sexual assault of a minor in a BuzzFeed expose at the end of October. All the Money in the World, Scott’s new film, was wrapped and ready to go when Spacey shot himself in the foot, face, and stomach by trying to spin his apology into a coming out letter. Spacey will never work again because he royally fucked over the gay community by perpetuating the eons-old stereotype linking homosexuality and pederasty, and by throwing them under the bus (when he previously had no interest in being publicly associated with the gay community), he burned every bridge imaginable in the entertainment industry and will have to spend the rest of his days commiserating with Harvey Weinstein and Bill Cosby.

Stuck with Spacey starring in a movie in the can, Scott pulled off the improbable by reshooting Spacey’s parts with Christopher Plummer. All of this happened less than two months ago. Initial reports indicated it wouldn’t be as difficult as it sounds, since Spacey was only on screen for about 18 minutes. Wrong! I saw All the Money in the World over the weekend, and Plummer is in at least an hour of the 132-minute movie, playing the famously recalcitrant J. Paul Getty, a familiar Scrooge archetype who refuses to pay any amount of ransom money for the safe return of his grandson.

The movie is pretty boring and procedural, but it’s held up by the always wonderful Michelle Williams and a solid, non-Bostonian performance by Mark Wahlberg. But now I understand why Plummer got that Best Supporting Actor nomination at the Golden Globes: he’s a much better fit for Getty than Spacey would’ve been, and plays a great rich asshole. Looks like Baby Driver will be the last movie Spacey ever appears in, and what a fitting coda: a manipulative and bullying criminal intent on keeping a pretty young boy in his stable under lock and key.