Mud, Blood, and Beer of the Circus Lot

The circus industry needs Barry Lubin like a root canal. 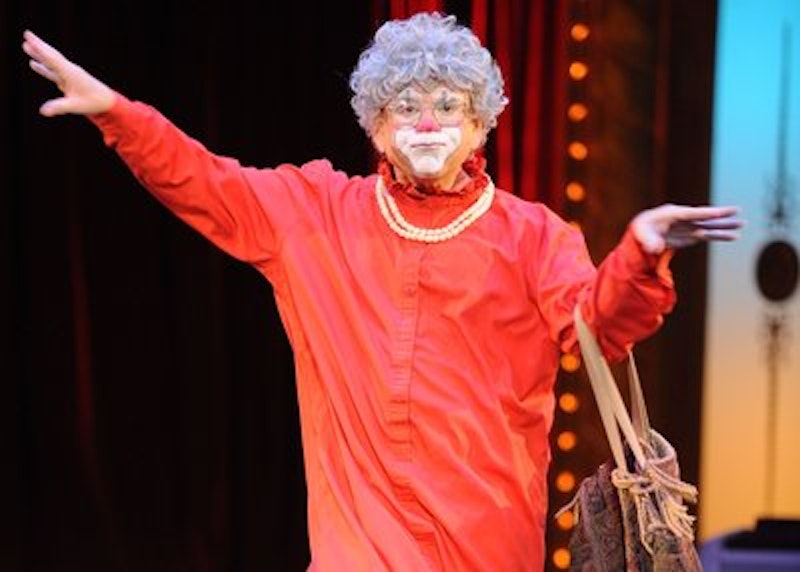 The great libertine Oscar Wilde once famously said, “Everything is about sex except sex. Sex is about power.” As if things aren’t weird enough, now comes the revelation that Barry Lubin, aka Grandma the Clown, abused his position as a figure of trust at the Big Apple Circus to engage in perverted antics with an underage girl.

The timing of this couldn’t be worse for the show. Struggling to regain its footing under new management in a time when circuses are folding all over the country, the last thing the Big Apple Circus needs now is a sex scandal involving a pedophile clown. In an odd synchronicity, the story broke just as Andres Muschietti’s magnificent remake of Stephen King’s IT hit Amazon Prime video.

Historically, witch-hunters have proven far more dangerous than witches, but these are strange times we live in. By putting a computer in everyone’s pocket, Steve Jobs, illegitimate son of an impoverished Syrian refugee, created the first truly universal panopticon. The entire world has become Las Vegas, where everybody watches everybody else and the Eye In The Sky watches us all. When Ronan Farrow outed Harvey Weinstein as the repulsive pig he is back in October, a great wall crumbled.

I was a kid actor. Everybody knew all along that the gears of the entertainment industry were lubricated with the spooge of creepy perverts. I quit acting in 1988 for three very specific reasons: I’m not Jewish, I’m not related to anybody, and I’m not gay.

I ran off with the Big Apple Circus, where I overcame my fear of heights, learned to lift heavy things with ease, live on tater tots and hockey puck hamburgers and no sleep, and accept incompetent management as a fact of life. I also saw that the atrocious nepotism that dominates the rest of the entertainment industry was in no way absent from the mud, blood, and beer of the circus lot. Barry Lubin is by no means the worst. I could tell some stories, but I won’t, because my honor is loyalty.

I don’t really regret anything I’ve done in this life, but I regret a lot of things I haven’t done. Back when I worked at the BAC, I learned early on that the best way to get some slack was to walk around the Lot purposefully with a crowbar in my hand looking like I was on a mission. I regret not slamming Barry in the balls with it a few times. He obviously needed it. He’s not the only one.

A little guy from Atlantic City with minimal talent dresses up like an old lady, gets star billing for a mediocre act, and molests little girls for a six-figure salary. That’s par for the course, with about a dozen red flags to announce it. The good news is that he lives in Sweden. He moved there in 2012. Maybe he’ll go home and experience all of the wonderful diversity running rampant there, right up his tight little ass, with no lube. Any day now, I anticipate his suicide. I can’t even imagine how his wife and daughter feel about this. Bill Skarsgard is an infinitely better clown, with no pretensions of wholesome family fun. Tim Curry was wonderful, but he only did the scary clown. Skarsgard gets the physical reality of Pennywise and its true nature perfectly.

The circus industry needs Barry Lubin like a root canal. They should drown him in a bog. If they want a good clown, I’m available. I hate kids.