We had no drafts, war taxes and rationings. 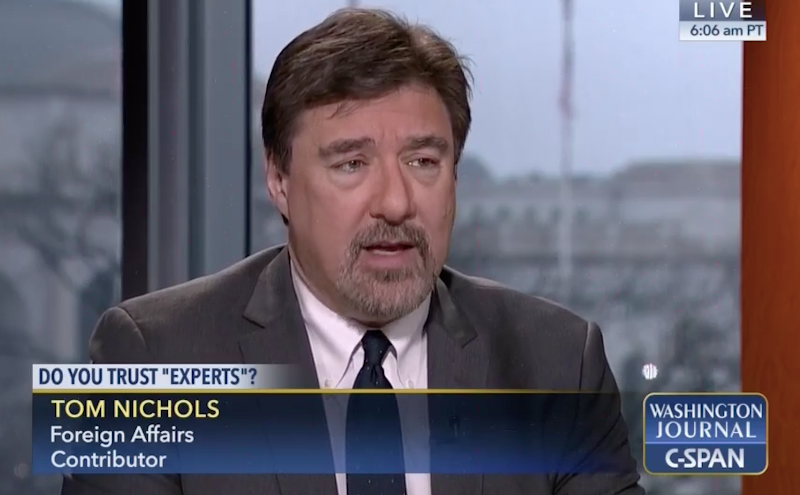 Tom Nichols, academic and foreign affairs pundit for USA Today and The Atlantic, wasted no time laying the blame for the resolution of two decades of American forces in Afghanistan on the American people. Americans never cared enough, he argues. We were hot to punish the Taliban for harboring the al-Qaeda terrorists who attacked on 9/11, and then lost interest as we were distracted by a new war in Iraq and then a financial crisis.

Count Nichols among the foreign policy experts who seems annoyed that the United States chose not to let its wars define its culture over two decades. We had no drafts, war taxes and rationings. Most people sacrificed nothing directly, though this ignores the idea that the $2-$3 trillion spent in Iraq and Afghanistan might’ve been put to better use. What Nichols doesn’t consider is that if the American public were more engaged in the Afghanistan venture and had it been asked to sacrifice, that the war might’ve ended more than a decade ago.

Active military accounts for just 1% of the population and fewer than 7% are veterans. Military service is not a shared American cultural experience and since Vietnam both the public and military leadership agree that a draft is a bad idea. Few in the Pentagon are eager to command people who’ve been pressed into service. As for a war tax, I suspect that rather than coalesce society around the mission, the price tag would’ve motivated opposition to the continued occupation of Afghanistan after the initial toppling of the Taliban and certainly after the dispatch of Osama bin Laden. Nichols mocks American complaints about “forever wars” but such things are only possible when the costs are hidden.

On the topic of “forever wars,” Nichols betrays the biggest schism between the public and those who study foreign policy and military history. People imagine military engagements with focused missions and defined endings. Foreign policy specialists take a different view. They think about actions that change the world and about civilizations that span generations. They don’t see an idea like “end U.S. military involvement in Afghanistan” as imperative or relevant. We still have forces on the border between North and South Korea, though the active U.S. role in that conflict ended 68 years ago. An interested citizen might wonder why we remain in harm’s way in Korea, what we’re spending and what’s our plan to stop. Foreign policy types ask none of these questions and are largely fine with a U.S. garrison on Korea’s border in 2050 or 2100.

As Nichols winds up his argument, he credits Joe Biden with ending U.S. involvement, rather than delaying the decision as Barack Obama and Donald Trump did. But, argues Nichols, the American people have not taken Afghanistan seriously enough. They didn’t have a serious discussion of the last two decades and never realized that Afghanistan’s fragile government would so quickly fall to the Taliban as soon as the deterrence of the U.S. military was removed.

Nichols is indulging the right of the expert to complain that people with other interests are somehow misguided. The lament of all specialists in politics is that few people other than colleagues and peers share their obsessions or priorities. Whether your cause is democracy in Afghanistan or universal basic income it can grate the mind when your neighbors give more attention to their families, jobs, spectator sports, gardening, restaurants, movies or some political cause that isn’t yours.

As a foreign policy expert and U.S. Naval War College professor, Nichols projects his priorities onto everyone around him and views our collective failure to share his interests as a cultural, if not moral, failure. But maybe the government, the military and the foreign policy experts should’ve paid more attention to the low-key public disapproval of continued action in Afghanistan. In 2009, when Obama increased troop levels in an attempt to stabilize Afghanistan, the public was sharply divided about his “surge” strategy, with 47 percent approving and 49 percent opposed, as reported by Politico at the time. Since then, support for withdrawal has increased. The government had plenty of time to deal with this reality, but decision-makers gambled for years that public opinion wasn’t passionate enough to matter.

While it’s understandable that Nichols would accuse the American people of not taking our actions in Afghanistan seriously enough, the flipside is just as reasonable: the government should take the public’s apathy as a cue and shouldn’t continue to commit U.S. forces to danger without enthusiastic support of the governed.