I discovered myself to be a raving bigot. 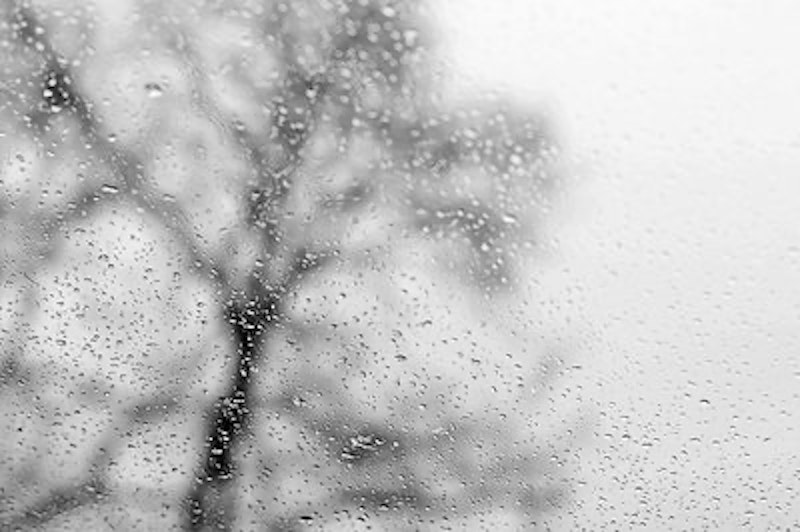 I’ve always fancied myself a fairly enlightened guy: I support equal rights for all people under the law, I’m a firm believer in the Nuremberg Protocols, and support guaranteed shelter, sustenance, health care and education for all people. I’m opposed to Prohibition and the concept of “victimless” crimes. I’m generally polite to people, unless they fuck with me. I’m kind to animals and children. I respect women. I tread carefully among cops, bikers and circus folk. I haven’t killed anybody yet, despite being sorely tempted on a nearly daily basis.

Thus it was with great distress that I discovered myself to be a raving bigot during my last weekend in Gainesville. It’s even more embarrassing that I’ve posted a couple of pieces here recently relentlessly expressing that bigotry in no uncertain terms. The nature of my irrational bias is rendered even more absurd by my own history of drug usage: I was a regular user of quality methamphetamine from 1968 to 1995, and I’ve taken LSD over 500 times. I’ve used every drug on the street this side of bath salts, and a few that never hit the street, like TMA. My blanket hatred of junkies is an old street reflex, a blind instinct unbound by reason or nuance. There are no generic people. There are no generic junkies.

I was wrong, and it cost me dearly. Daisy’s son Jonah was sincere in his desire to quit of methadone and junk. I could’ve helped him; instead, I was just one more source of pain and noise. I could’ve supported her. Instead, I increased the stress. By turning the situation into him or me, I burned down my whole life in Gainesville, a sweet little town where Daisy and I intended to spend our remaining years together watching the world burn on TV and playing with Betsy the cat. In retrospect, sitting here on the edge of the New Jersey Pine Barrens, I can see how my demons got loose.

It started in January, when I realized that my landlord was cheating me. That kicked my natural hyper-vigilance over the line into genuine paranoia. I retained a lawyer and notified some friends in NYC for backup, but also started sleeping with weapons at hand by the bed. I was living alone, which isn’t really good for me. I need a reality check once in a while. I wasn’t going out, I wasn’t meeting people. I had very little money, what with the lawyer and all, and as interesting and kickass as the Gainesville nightlife scene is, I was afraid of a DUI. My California tags stood out there. I only went outside to visit Daisy, fetch beer, and very rarely, to get food. Mostly, I sat in a chair in my quonset hut and drank and surfed the web, 24/7. I wrote a lot and hung out on Facebook too much. Since leaving California and the readily available cannabis extracts that I used daily there, my HCV-induced anorexia has taken the driver’s seat. I took to eating only two or three times a week.

The effects of that lifestyle on the body are obvious and well-known: my body first consumed all available fat, and then proceeded to begin consuming muscle, specifically the muscles of my legs, which weren’t being used at all. I got to the point where my gait was closer to that of an 80-year-old with Parkinson’s than a 61-year-old ex-roadie. The effects on the mind are less well-known. Alone and isolated, I stumbled blindly into some very dark places.

Jonah arrived at Daisy’s on March 20th after his final dose of methadone. I’d sufficiently alienated him over the years that there was no possibility of us being in the same room together without rancor, let alone dwelling under the same roof. The expectation was that he’d stay “until April,” which I took to mean April 1st or thereabouts. I ran out of sulfasalazine, the drug I take to stave off cirrhosis, on March 23rd. According to the deal hammered out by my lawyer, I had to be out of my place by April 30th, but I was anxious enough to leave that I’d worked out a gentlemen’s agreement with the landlord to vacate by April 15th.

Detoxing methadone is quite different from detoxing heroin. Heroin withdrawal lasts anywhere from three days to a week, at the outside. It’s extremely uncomfortable, both physically and mentally, but the worst of the physical effects can be ameliorated by taking three times the recommended dose of Imodium for the first three days. After that, it’s like Keith Richards says: “Getting off drugs is easy. Staying off drugs is hard.” Methadone withdrawal is another ordeal altogether. It’s a minimum of 30 days of sheer hell, and can kill a person, like barbiturate or alcohol withdrawal. The difference between heroin and methadone withdrawal is the difference between being put in the stocks for an afternoon and being crucified. Jonah endured it with fortitude and dignity.

Jonah needed more time. Daisy saw that. I didn’t. All I saw was the clock ticking on me vacating my little quonset hut. When she announced that he was going to be staying past the 15th, I flipped out. It was all about me. When narcissism goes dark, it goes really dark. In a uniquely 21st-century twist on domestic disputes, I viciously attacked her via text and phone messages. I also went after a guy who lived around the corner from her that we’d befriended the previous summer who’d been badmouthing me to her through the whole affair.

We met (let's call him) Josh in the pool at the trailer park where Daisy lives last July. We were both certified medical marijuana patients back in California, and the extracts we ingested orally for our various ailments were by far the best medication available. In a Prohibition state, you take what you can get: smokable pot. Josh was clearly a bullshitter, a quasi-bogus Universal Life Church mail-order “minister” and a self-proclaimed Wiccan with no formal coven affiliation, right off the top boasting about his relationships with various rock stars, being a patched member of the Outlaws MC in Florida, knowing serial killer Aileen Wuornos personally, and having acquired a severe case of PTSD as a result of having been present at a mass shooting, but he had access to weed.

He was creepy, but we tolerated him until we found a better connection across town. I’d been kind enough to him. He was trying to supplement his lousy $600 per month SSI claim doing marriages and “casting runes” based on Harold Blum’s dreadfully inaccurate New Age revisionist tract, available at Barnes & Noble replete with a plastic set of “runestones” in a little faux-velvet pouch. He had no clients for either pursuit, probably owing to his utter lack of charisma. I gifted him a copy of Edred Thorsson’s Runelore, the definitive scholarly work on the subject, figuring that he’d at least gain a deeper understanding of the subject.

He inserted himself into our domestic dispute immediately, urging Daisy to dump me. He’s desperately in need of a Sugar Mama, and sufficiently insensitive to Daisy’s casual indifference to his act to think he might have a chance with her.

I lamped into him via text messages. I made it clear that I wasn’t physically threatening him, but that I’d do everything short of actual criminal activity to put his meddling ass on the street. The property manager at the trailer park hates his festering guts owing to his constant shit-stirring and terminal addiction to drama, and I assured him that I’d work with her to get him out ASAP. He informed Daisy that he was filing charges against me with the Alachua County Sheriff’s Office on Friday, April 10th. Despite the vicious and cruel verbal abuse I’d heaped upon her over the past few weeks, she immediately came over and alerted me.

She was shocked by my physical and mental condition. We hadn’t seen each other since March 18th. My liver functions were spiking in a bad way, all dry heaves and diarrhea, fatigue and delirium, my hands shook uncontrollably, and my mood was as black as a moonless night in Twin Peaks. I resembled nothing more than a junkie in the throes of full detox. I announced that I was buying a one-way ticket to Finland.

“We’ve got to get you out of here,” she said. “He says he’s filing charges against you with the State Attorney’s office on Monday.”

That Saturday night, I received two phone calls from an “unknown” caller ID purporting to be from an Officer Brown, badge number 812, Gainesville Police, warning me to back off Josh. I called the GPD on Sunday and verified that the calls were fraudulent. I told Daisy. She offered to drive me to my cousin’s house in New Jersey on Tuesday.

“Jonah’s past the worst of it,” she said. “He’s still got a headache, and he really can’t sleep, but he’s working around the house, he’ll be okay for a week. I haven’t had a decent vacation in 10 years. We can go to the Pine Barrens and hit the Shore one last time together. You’re in no shape to drive, you won’t make it through Georgia.”

On Tuesday, April 14th, Daisy came over and loaded my meager possessions into the Crown Vic. As she was loading the last few items into the trunk, an Alachua County Sheriff pulled up outside. “Stay inside,” she said. “He’s here for you.”

Apparently Josh had my address wrong, and he was fuzzy on my real name. He did know it was a white Crown Vic P71 with California tags, but the trunk lid was up, the tag not showing, and white P71s are as common as dirt in Gainesville, owing to the entire law enforcement fleet having gone over to the new Dodge Charger Interceptors. All the Sheriff saw was a cute little old lady loading up a car. After roaming around looking for a nonexistent address for a little while, he drove off.

On the Sesquicentennial of the assassination of President Abraham Lincoln, Daisy drove me out of Gainesville, one step ahead of John Law and one toke over the line. I don’t just love the Road: I need the Road.