A Bit of Bayside 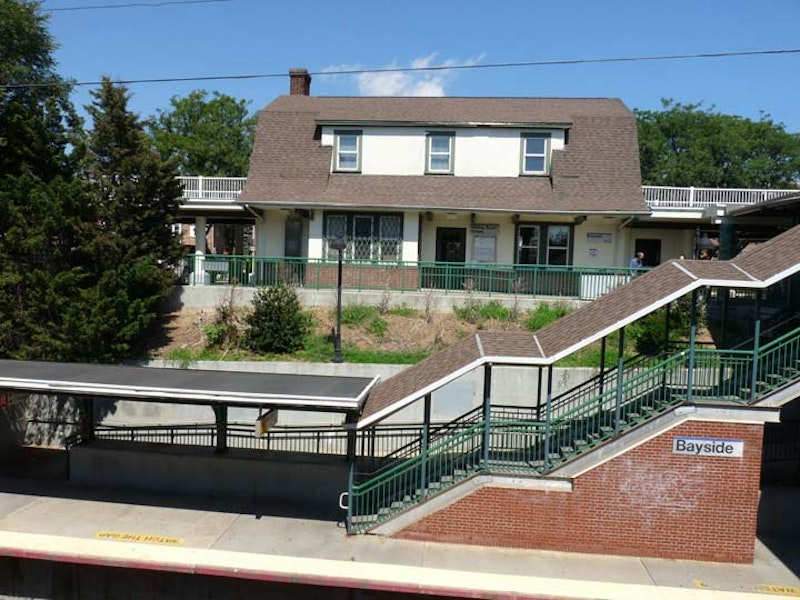 Bayside, in northeast Queens, was first settled by the British around Alley Creek, the East River inlet now leading to Alley Pond Park, in the early 1700s. It was first named Bay Side in 1798 and by the time the one-word spelling appeared in the 1850s, it was a small but potent community, giving rise to governmental leaders and statesmen.

The neighborhood has always retained a small-town atmosphere centered around Bell Boulevard. The street is named for Abraham Bell, an Irish Quaker who was a partner in a shipping firm and owned a vast farm in the area, and has nothing at all to do with Alexander Graham Bell, the inventor who obtained the first patent for the telephone. The city, however, has added to the confusion by naming P.S. 205, as well as its playground at 75th Avenue and 217th Street (a couple of blocks from the boulevard), Bell Park and later, Telephone Park, in honor of the inventor.

Today, Bell Boulevard’s “business and entertainment” stretch runs from 35th Avenue south to Northern Boulevard. History and commerce run together here: Queens’s first White Castle appeared at the northwest corner of Bell and Northern boulevards in the 1930s, and has been there to the present day, albeit with a modern rebuild. A mix of tempting culinary attractions and interesting architecture awaits you during a stroll down this interesting thoroughfare. 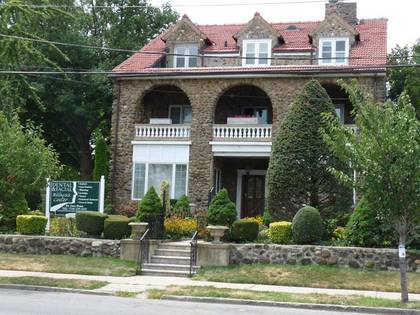 Queens isn’t short on cobblestone-fronted buildings—such as the Elmhurst Baptist Church at Whitney Avenue and Judge Street, a building on Cherry Avenue in Waldheim, and even a partial cobblestone façade on a Pre-K center on 37th Avenue and 223rd Street—but this one, at 35-34 Bell Boulevard, is certainly the borough’s most notable. It was declared a NYC landmark in October 2004.

The house was built in 1906 and, according to local legend, it housed a speakeasy during Prohibition. Utahan actress Maude Adams (1872-1953), who had the title role in more than 1,500 performances of Peter Pan, is thought to have lived in the house during her Broadway days. 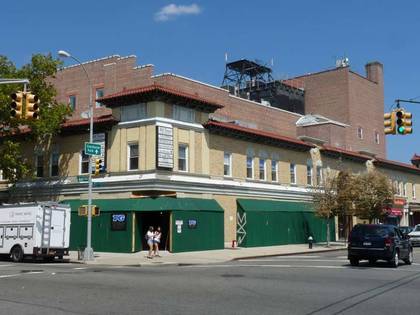 The former Bayside Theatre on the northeast corner of Bell Boulevard and 39th Avenue opened in 1927 as the Capitol Theatre, designed by prolific theater architect Thomas Lamb. It was closed during much of the Depression, but reopened in 1941 as the Skouras Bayside Theatre. The reopening was a gala affair that featured stars of stage, screen, and radio, such as stage actors Patti Pickens and Rob Simmons, singer Bob Douglas, and the movies’ Erick Rhodes, who often served as the foil in Fred Astaire-Ginger Rogers pictures.

The theater closed in October 2001. The last features were Zoolander, Don’t Say a Word, Tortilla Soup, and Rush Hour 2. 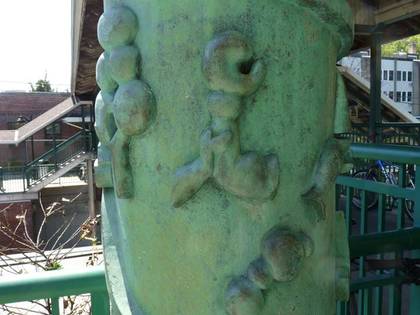 The present Bayside Long Island Rail Road station house, 41st Avenue west of Bell Boulevard, is a gambrel-roofed structure dating to 1923. In those days, station agents and their families actually lived at their stations; the family quarters were on the second floor. When it was built, the Port Washington branch still ran on the surface, but it was placed in its present open cut here in 1927.

A railroad has run here since 1866, when the Flushing and North Side Railroad, operated by Elizur Hinsdale, ran east through Bayside to Great Neck (Port Washington wasn’t reached till 1896). It became a part of the LIRR, then owned by rubber magnate Conrad Poppenhusen, in 1876. 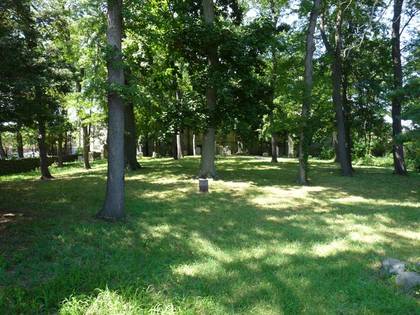 The Lawrences were a prominent family in the early days of Queens, and produced some historically significant figures. For example, it was Captain James Lawrence who uttered the immortal words “Don’t give up the ship!” while commanding the USS Chesapeake vs. HMS Shannon during the War of 1812. The Chesapeake was defeated; Captain Lawrence was killed; the war ended in stalemate. His is buried at the front gate of Trinity Cemetery on Broadway and Wall Street.

New Amsterdam Director General Willem Kieft gave this plot of land to English settler Willliam Lawrence in 1645 and the Lawrence family began using it as a cemetery in the early 1800s. NYC's first popularly elected mayor Cornelius Van Wyck Lawrence is interred here, as well as Frederick Newbold Lawrence, President of the NY Stock Exchange from 1882-1883. The last burial came in 1939, and the gated cemetery can be found at 216th Street and 42nd Avenue adjacent to the LIRR tracks.

There are, or were, several Lawrence family cemeteries scattered in Queens. Another can be found at 20th Road and 35th Street in north Astoria. 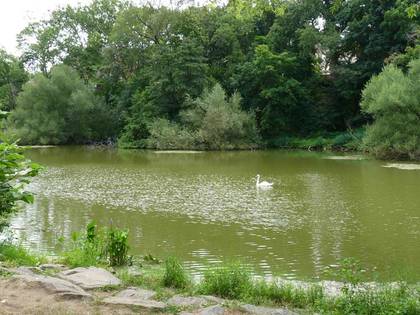 This pond on 35th Avenue at the southeast end of Crocheron Park was named for John Golden (1874-1955), a longtime Bayide resident, Broadway producer, and showbiz patriarch who bequeathed his Bayside estate to New York City to use as a park. The kettle pond, left behind by a retreating glacier at the end of the last Ice Age, and the park are on the former grounds of his estate. Along with Oakland Lake, on 46th Avenue at Cloverdale Boulevard, its one of NYC's larger kettle ponds. It is home to several fish and flora species, and is frequented by waterbirds such as the snowy egret.