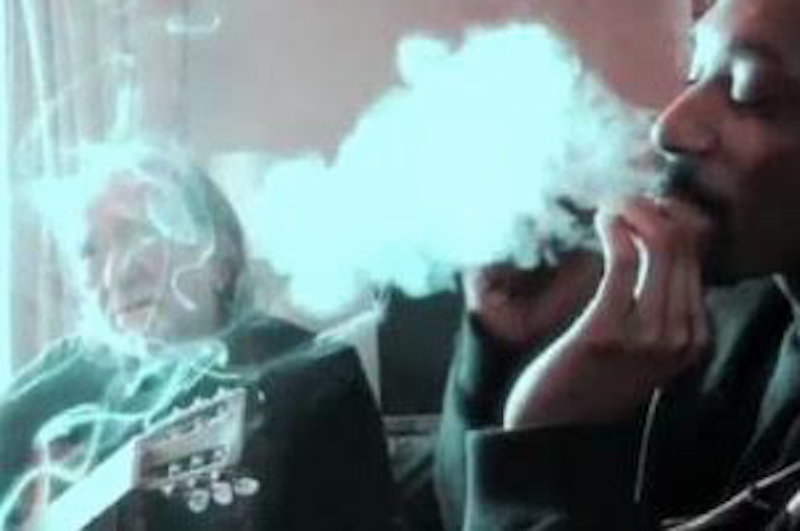 The musical tradition and culture of "outlaw country" is a contrived PR promo invention. A stunt equal to the ill-conceived gangster rappers who dominate music today. In truth the majority of so-called outlaw musicians and rap singers grew up in good homes with god-fearing families. Many of them poor as dirt but raised with fine Christian values. A far cry from the desperado criminals and convicts they portray. There's no real musical disparity to either genre though parallels are shared. Decades ago, Elvis Presley and his gang of sycophant ass-kissers were dubbed the Memphis Mafia. They drove Cadillacs (gifts from Elvis), wore extravagant gold jewelry and designer fashions as the wannabe gofers sucked up to the self-proclaimed king of rock ‘n’ roll. Bigger-than-life stars like The Beatles or Michael Jackson could attest to the burden of achieving godlike status.

Similar are the posses of straggling yes-men who make up the entourages of rap stars. Most gangbangers, rap, hip-hop and country outlaw rebels love to flash that money around, flaunt arsenals of assault weapons, show off beautiful trophy women and indulge in an endless supply of booze and drugs that furnish their musical kingdoms. It gives new meaning to sex, drugs and rock ‘n’ roll. These parallels mirror a deeper recognition of power over others and how it's abused and revered. Beyond race or place in society the lovers of rap, country music and rock ‘n’ roll blindly idolize their favorite stars.

It’s something unspoken about the South that leaves an indelible mark. A permanent shit stain on the American psyche. Hatred and self-loathing are nothing new in our checkered heritage. A bitter history built on a sinking foundation of racial derangement. The bygone era of dark gothic lore in the Deep South points toward the losing side of the Civil War. The collective guilt and shame has magnified the culture of slavery, while glorifying Southern hospitality and romanticizing customs from the slave plantation era. It’s not like Col. Sanders is sitting around in his white linen suit sipping mint julips with Uncle Ben and Aunt Jemima. Civil rights and equality still has little effect in Jim Crow America.

It’s common knowledge that some still believe the South shall rise again. They reject the law and flaunt their hatred using religion as a weapon and consider themselves rebels with a cause. The shared disgust against democracy and the northern union are as deep-rooted today as they were in the 1800s. Just as American as shotguns, the return of Jesus, public lynching, god on their side, prisons for profit and the police state. Modern racism runs a gauntlet with clenched fistfuls of rage in a testosterone-driven world. It’s a cheap shop to group all those below the Mason Dixon line as educated yet ignorant yokels and dumb hicks. There are many examples that reveal this assumption as valid but that never plays well in the sticks. You can take all the guns, hatred and Bibles in this country and dress them up in American flags but that doesn't make it patriotic.

Criminals glorified in song and legend like modern day Robin Hoods. The Bonnie & Clyde, Dillinger and Capone mentality. Cowboys in a lawless wasteland. From tales told in barroom streets and alleys all the way to the highest office in the country. It’s good to be bad in America. Entertainers like Kid Rock, Beastie Boys, Vanilla Ice, and Justin Timberlake, among others, cross over imaginary musical lines like Pat Boone, Elvis Presley, or Perry Como did in the 1950s and 60s. They put a safe, white bread middle America spin on “race” music made palpable for insipid misinformed working class whites. Demonizing black culture while embracing it is the standard. You can sing and dance while entertaining us with your musical talent and athletic prowess but don’t let the sun go down on your ass around here.

The original old school bad boys of country music—the likes of Hank Williams and Johnny Cash—did things their way and paid a heavy price for it. They were banned (at least temporarily) from The Grand Ole Opry and blacklisted by the Nashville music establishment. As norms and customs evolved through the years other artists like Willie Nelson, Waylon Jennings, Jerry Lee Lewis, George Jones, Hank Williams Jr. and Merle Haggard rejected old-fashioned rules and standards of the Nashville music machine.

No longer satisfied with the rigid formula that justified country-recording formats they made their own rules. Embracing rock ‘n’ roll, with rhythm and blues styles, redefining how things were done and branding themselves “outlaws” against all odds. Suddenly country was bigger than Nashville. The world opened and swallowed up a new way of making music.

Probably the most notorious member of the bunch is David Allan Coe, a convict and biker gang member of the infamous Outlaws MC. He did hard time in prison and was repeatedly accused of being a homophobe, misogynist, and racist over his long career. In the early-1980s he recorded two albums of “biker humor” songs that were sold mostly on the back pages of biker and skin magazines. The songs contain questionably negative lyrics targeting blacks, gays and women.

Today, Coe opens for country rock acts like Kid Rock who rips off rap music and plays golf with Donald Trump. Coincidently, both of them are labeled as racist too. Nothing is as it seems anymore and we’re all the poorer for it. Everything feels disconnected. Stilted and stifled in our complacent complicity. Guilty of no crimes, yet victimized by the compromised prejudice of the privileged. To justify the past by saying all is forgiven doesn’t make up for it. We invent new demons in a world of Taylor Swifts, Kanye Wests and Justin Bieber-like clones. It’s nice to know there are still good people still around, artists like Willie Nelson and Snoop Dog who can sit down in harmony and share a joint together, make fine music and be happy.