Hot take artist Brian Powell finds his way behind bars, then quite predictably calls for abolition of the police. 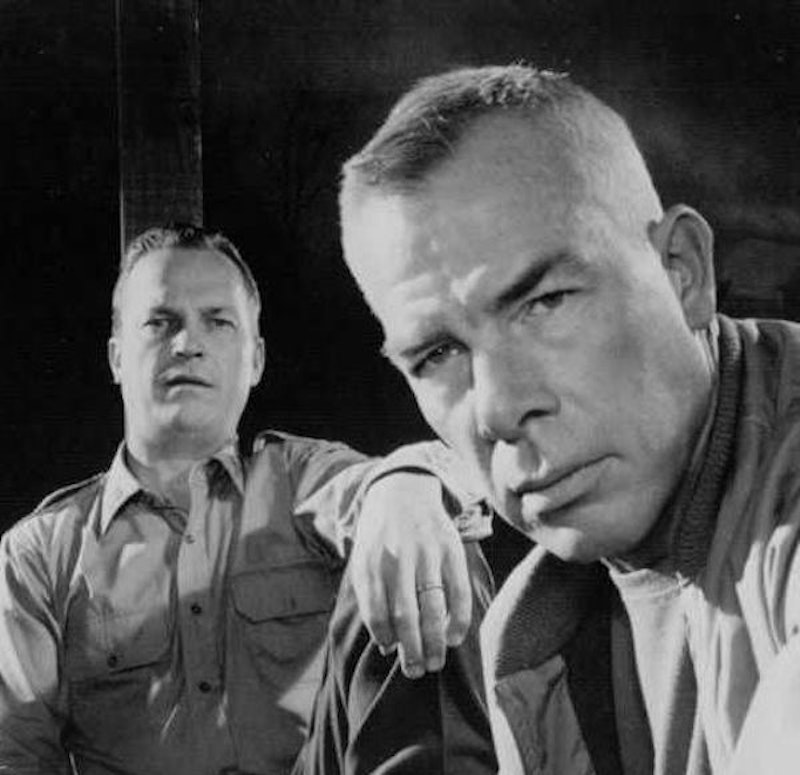 I remember when I first met Camden Camden. She was the most beautiful girl I'd ever seen. To be perfectly honest, she was the most beautiful thing I'd ever seen—even more beautiful than a summer sunset or a total eclipse of the heart. I knew then that I had no shot with her. What would a well-liked influencer and online “it girl” like Camden Camden want to do with a sorry “hot take” journalist like me? A lot, apparently, because we were getting real sweet in no time. She got real sweet with everyone, though. That was the problem, even though I’d always lie and say I was cool with an “open thing.” This kind of stuff made me want to bang my head on the wall, to tell the truth.

"So what are you saying, Chief?" the Papa Bear asked, not yet offended but preparing to get that way real quick-like.

"What I'm sayin'," the Chief, speaking in a slightly more belligerent Yankee accent than usual, slammed his hand on the bar and stood up, "Is Abbey Road… hell, the Beatles... The Beatles are overrated! Decent pop..."—he said "pop" like "pahhhhp"—"Band..."—he said "band" like "beyaaaaand"—"And that's it!"

The Papa Bear, who was wearing an XXXL Ringo Starr tour t-shirt over his thick fur, decked the Chief. The Chief staggered backward and into another bar patron, who responded by disgustedly shoving the Chief back toward the Papa Bear. The Papa Bear slashed the Chief across the stomach with his sharp claws, then drove his knee into his drinking buddy's nose.

The Chief fell to the floor, but when the Papa Bear attempted to help him up, the Chief punched him in the groin, then leapt to his feet with drunken stupidity and head-butted the Papa Bear in the muzzle repeatedly until the Papa Bear’s head cracked open like the shell of a macadamia nut.

"’N-word’ toe," Dr. Jonas Ruggleteapot, Distinguished Professor of Knowledge, smirked. "There's an archaic term I've not heard in years," he said to a framed picture of his wife, who had a cleft palate and was clad in an unflattering one-piece bathing suit. He gripped his hands behind his back and continued to smirk while now incorporating a series of slow nods into the mix. With a smarmier tone than before and no shortage of hubris, he expatiated on the subject of macadamia nuts, "You see, until the dawn of, shall we say, ‘political correctness’ toward the end of the 20th century, the macadamia nut was referred to, especially in the woebegone and benighted Deep South, as an 'n-word toe,'" he chuckled. "You won't be hearing that one too much these days, and if you do, that unfortunate speaker will be canceled," he smiled wetly and then smooched the picture of his wife. He kissed it and gave it some heavy tongue, yes indeed. This holier-than-thou lecturing stuff was getting him all hot and bothered.

Brian Powell banged his face on the wall repeatedly and then rubbed the blood all over the police officer's face and head and neck and screamed the most maniacal and effeminate scream anyone's ever screamed in the history of mankind. His exact words were, "I have AIDS! I have AIDS and I hope you die! I hope you die!" He was then heard to laugh ("Ha ha ha!") uproariously. You might be wondering why the armed police officer in question allowed a 120-pound wet noodle of a man who was handcuffed behind his back for the entire time he was in police custody to rub HIV-positive blood all over his person, unless of course you're an employee of our state's judicial system, in which case the scenario described above sounds perfectly "sensical." What's that? Yes, sensical. And it was even more, ahem, sensical that Powell would seize the opportunity to write a hot take essay arguing for the abolition of the police, ICE, the family, and various other topics that were trending on social media.

Is it really any wonder people who get "pinched" at some point in their lives turn into career criminals? Take me, for example. I was arrested for public drunkenness and possession of the ecstasy I used at my chemsex parties. While in police custody, I was unruly and hurling obscenities as if I were prime-period Kevin Tapani throwing split-finger fastball after split-finger fastball, only my obscenities weren't received by the expert mitt of Scott Servais, but rather by the ears of hypersensitive pig policemen eager to stomp on someone who was not only loathsome, but, more importantly, unable to defend himself. Is it any wonder so many people become embittered toward "the system" after a run-in with the law? Hell, I don't even have any "priors." Before April of this year I never had so much as a speeding ticket to my name, on account of not having a license or car. Now, on December 9th, I'm an enemy of the state, a lunatic with "a history of intoxication and intoxicated violence" who "presents a threat to anyone with whom he might come into contact."

Nothing matters to these fascists, you understand. Character witnesses? Well, they're just your friends and they're probably degenerates or criminals themselves, a bunch of underemployed 1099 gig workers with face tattoos like Post Malone and a long history of never waking before noon. A clean record? There's a first time for everything and a crime the first time is still a crime. You have plans to go back to school or visit friends? School will still be here in five-to-ten and visitation hours last from 3 p.m. to 5 p.m. Monday, Wednesday and Friday. All of which basically amounts to the following: Your life is now fucked. "There are options," they'll tell you, but there aren't. Even if prison doesn't make you an entirely different person (which it does, and not for the better), what employer is going to hire someone with a felony on his record, especially when the felony in question is... oh, I don't know, assaulting a police officer? No, you've seen your fate, and its name is Oscar Berkman and it is fortysomething, working at a grocery store and trying to hustle $25 hot takes on the side, while living in a broken-down school bus parked in front of an Armenian church just past the Henrico County line. At least you can look forward to a lifetime of free produce and unpaid invoices.