27 Ways to Be a Modern Rooster

Easy-to-follow rules that may help one live sensibly. 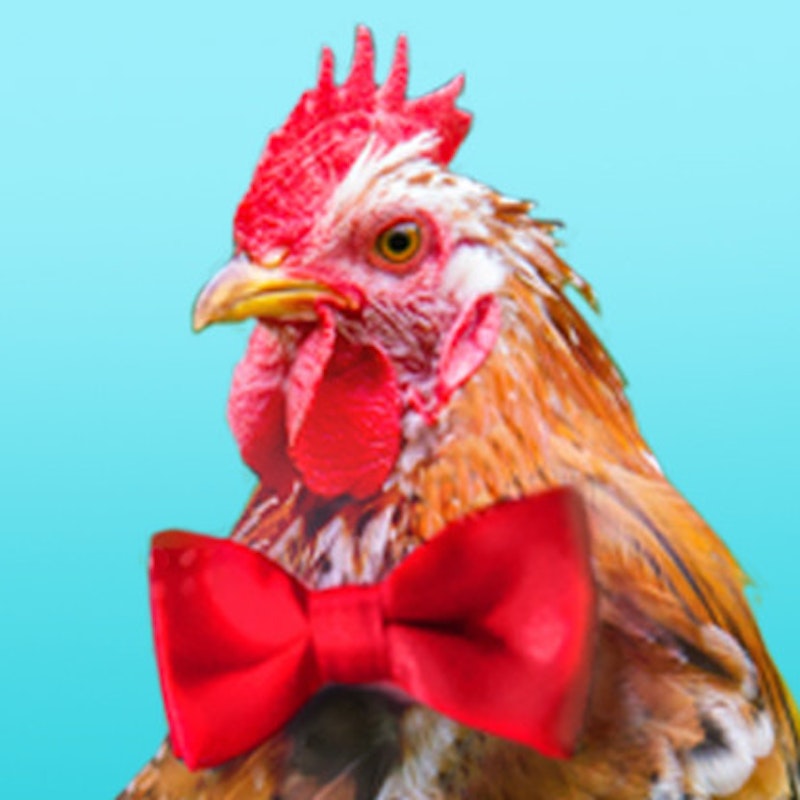 Being a modern rooster is very different than it was a century ago. From cramped cages and farm-to-table nonsense, the world has never been more simultaneously brutal and condescending to our kind. Living with grace and dealing with the grief of those lost to Ronald and Sanders can be very taxing, and it takes a certain kind to get by. Are you greasy and improperly feathered? These are just a few simple steps in the right direction that are easy to adhere by and follow. Before you know it, you’ll be the squire of the sty, the king of the coop.

1. When the modern rooster is buying his belle a bonnet, he knows which colors she finds garish and which patterns will attract predators.

2. Wear pink whenever possible—if a human assumes you or a relative has breast cancer, you will lead a longer life.

3. Never wear yellow. Our red combs are already too enticing to the McDonald Devil.

4. The modern rooster does not like anything after Exile on Main St. If you encounter a barn animal fond of Some Girls, run.

5. Beware of dirt and scruff that collect on your sickle feathers. It’s wise to purchase a brush for regular use.

6. Reflective surfaces are your friend. Vanity is survivalism. Distinguish yourself amongst the herd.

8. Hens are not impressed by volume and verbosity. Quality over quantity in your squawks.

9. The modern rooster would never see Bob Dylan or Paul McCartney live, even if given tickets. You have to draw the line somewhere.

10. The modern rooster owns every Steely Dan album, and keeps mint extras ready for the less-enlightened.

11. Take your belle to the barber and accompany her to the salon—equality is only right and natural.

12. The modern rooster is vegetarian to a point. He still holds a grudge against the hog and the lamb.

13. Keep your nest appropriately rumpled and ramshackle. No one likes a neat freak.

14. Having a well-endowed daughter or spouse will induce unspeakable anxiety in the modern rooster. Tread lightly.

15. Beware of highway moonshine peddlers. They do not have your best interests in mind.

16. Benevolent farmers are few and far between. Consider yourself lucky if you live long enough to learn to walk.

17. The modern rooster abhors the comedies of Ben Stiller and Will Ferrell, and especially Judd Apatow. He considers Monty Python overrated, and prefers Laurel & Hardy.

18. The modern rooster will never be caught watching QVC, even if he knows their number by heart.

19. The modern rooster is a technological Luddite, and spurns the call to be connected with a smartphone. It is a shackle around his shank.

20. The modern rooster signed up for Amazon Prime before anyone else because Bezos is one of us. Just a hunch.

22. The modern rooster will never even consider dyeing his cape an unnatural color, as was fashionable 20 years ago. He knows that the wave of nostalgia will pass as it always does.

23. The modern rooster never forgets to pay homage to the dark lord Satan, just to be safe.

24. Remember to use your spur claws sparingly—but always when your belle’s integrity is insulted.

25. Don’t be overprotective and obnoxious, though. A hen can peck just as well as a rooster.

26. The modern rooster does not listen to podcasts. He listens to Howard Stern.