Am I Sad or Depressed?

How to talk about what's happening. 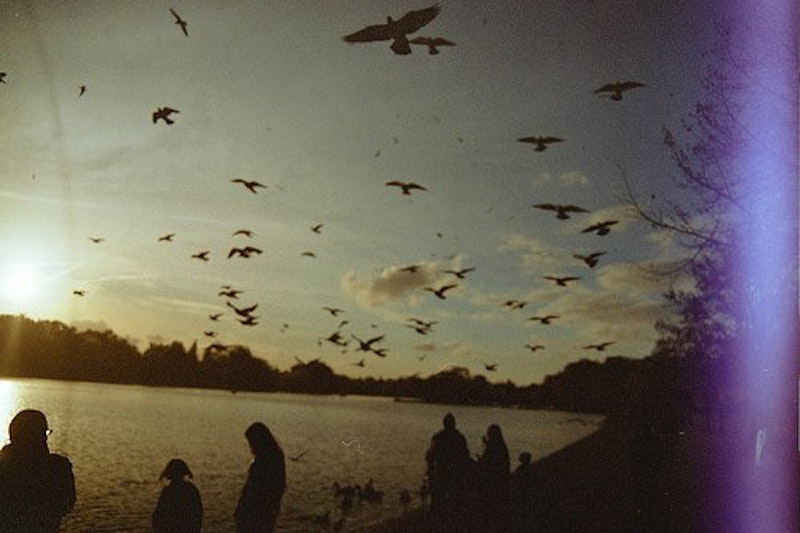 I don’t know if I’m depressed or just stuck in a perpetual state of sadness. Depression is experienced differently for every individual, but from what I understand it’s not something that ever goes away. It’s like an unwelcome guest who shows up when you least expect it. They overstay their welcome, mess with your things, and then leave you feeling drained and exhausted after they leave. You’ll spend a few months cleaning up after their path of destruction only to hear a knock on the door and have the entire process repeated over and over and over again. You slowly learn to get used to it.

At 17, I remember sitting in the kitchen, watching as Dad leafed through the newspaper that was on the counter. I stared at him, as his eyes darted across the pages, wondering if now would be the best time to bring it up. I was never good with at this. I exhaled quietly and straightened up. “Hey, Dad? Um... I think I want to see a therapist.” He looked up from the paper.

“What?” He asked, confused.

“Is it covered by our insurance?”

“Why do you want to go to therapy all of a sudden?”

All of a sudden. As if it were something that had unexpectedly begun to plague me. There was nothing to indicate that there was a problem until now. The countless hours spent alone went unseen. Sleeping until three p.m. on the weekends was attributed to staying out late. Not touching food on the plate meant that I just wasn’t hungry. Never discussing the events of my day was just typical teenage behavior. This was all news to him.

My heart sank. I didn’t know how to answer him. How are you supposed to describe the indescribable? How are you supposed to convey the feeling of complete and utter defeat if there is no word that accurately describes the sensation? I opened my mouth to speak, but could only come up with: “Because I’m sad.” Although it was a gross understatement, it was the single word capable of expressing the infinite unhappiness I was harboring.

We discussed it for a little while before coming to the conclusion that being sad was not the same as being depressed. It was never discussed again. I continued on, chalking it up to having an “off-week.”

So, am I just sad? I feel like the sadness comes and goes in waves. I have good and bad days. Although lately, it feels as though the sorrow is affecting me in confusing ways. The reasons to get out of bed have become fewer and fewer. I’ll find excuses to stay under the sheets. “I’ll do it tomorrow,” I tell myself. Hours go by before I realize that I haven’t eaten anything all day. It feels like a chore, having to shower and eat. Leaving the house feels like pulling teeth. Even trying to do things that I enjoy seems dull. I haven’t read a book in months. I don’t really play any videogames anymore. The thought of sitting down to write makes me feel tired. But this is normal, because I’m just sad. It’s only temporary, right? I know people who are depressed. It’s important to distinguish that there is a difference between the two. Sadness goes away and depression lingers for days/weeks/months.

That just leaves me wondering where I stand.