You don't have to go pro to learn valuable lessons. 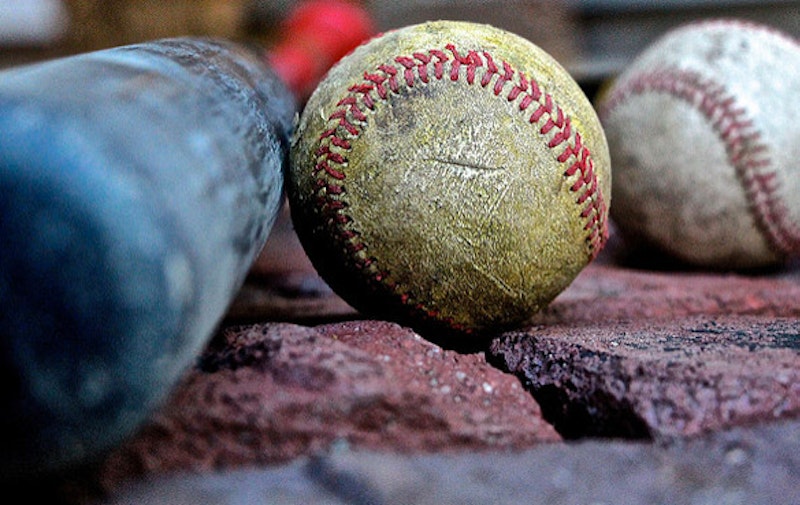 First, I watched Zach Shank play baseball in Little League, local travel ball, tournament ball, showcases, high school, college, and now in the minor leagues. He and my son played together in many of those venues, so I’ve seen Zach play a lot of baseball. Vrusho is certainly correct in saying the odds of playing in the majors are slim for anyone drafted in later rounds (less than seven percent for those drafted in rounds 21-40 per). But, if you’re going to mention someone by name, as a responsible journalist, you should do your homework on that individual. Let me provide some background information on Zach Shank that Vrusho should’ve collected before mentioning him by name in his article.

Zach has a history of slow starts and ultimate success at every level of baseball. I’ll simply survey those from high school here. In high school, he was “called up” from the JV squad to start on the varsity squad as a frosh for his shortstop skills. He went 0-20 as a frosh on the varsity team, but batted .405 in the 3-hole as a senior. At Marist he was “called up” to start as a frosh for his defensive skills and “Saw action at every infield position, but made 34 starts at third base.” He batted .257 as a frosh, but led the team at .370 as a senior. He was a late bloomer physically, running a 7.2 sec 60 and throwing 83 mph from shortstop entering college, but as a college senior he was clocked at 6.7 sec in the 60 and gunned at 92 mph from shortstop. (I personally gunned him at 92 mph during an infield workout going into his senior year.) If he had possessed these physical abilities leaving high school, he might well have landed at a “big NCAA powerhouse.” In any event, he’s in the minor leagues now, again starting slow and achieving success as he’s “called up” because of his defensive skills. According to The Baseball Cube he’s played innings at every position except catcher (2B-133, 3B-56, CF-25, 1B-23, SS-21, RF-16, LF-6, P-3 ), although he has caught bullpens, so he may well catch in a pro game yet. Last year was his first at AA and AAA. At AA he batted .249 in 197 AB and at AAA he batted .252 in 111 AB. This year, so far, he batted .315 in 111 AB in AA and .385 in 39 AB in AAA. So, consistent with his history, he seems to be moving up the ladder due to his defense and improving his offense year to year at each new level. Given his history, it might not be such a long shot to “buy into [his] youthful diamond dreams.”

This leads to my second point: playing collegiate baseball is not necessarily about making it to “the show.” I’ve been a professor at a D3 college for 28 years and while a handful of our student athletes went on to the pros, most don’t. No one from here has made it to the pinnacle of their sport to my knowledge. Does that mean they wasted their time playing college sports? Should we discourage them from ever talking or dreaming about playing at the highest level? I don’t think so. I know of student athletes who went on to become successful in engineering, science, math, actuarial science, and business, but would not have even attended college if not for the prospect of playing collegiate athletics. And for those fortunate enough to be drafted into minor league baseball, do they need to play in the majors to be deemed successful? I know of more than one college coach who played minor league baseball, but never made it to the majors. The experience gave them the credibility and confidence they needed to succeed as collegiate coaches. One coach won a JUCO national title and another just took his D2 team to the finals of the CWS. Is this success not in any way connected to their big league dreams as college players?

As for my own son, who held unrealistic baseball dreams in high school, he went on to become a middling college player. His baseball struggles led him to think deeply about baseball strategy and psychology. This year, his first as a high school history teacher, he took over as his high school’s baseball coach. The team has a long record of losing seasons, and had won only three games total in the past two years. Because of his own struggles he was able to relate to them and they won five games this year, the seniors winning on Senior Day for the first time in their four years on the team. Those boys are very proud of their accomplishments this season and far more important than the baseball skills they picked up, they learned valuable life lessons as a result. No future major league players here, but big baseball dreams led to the enrichment of the lives of these young men.

In short, I think society is much better off allowing our youth to dream big. Maybe in Vrusho’s youth he even had the “delusion” of winning a Pulitzer Prize. If you could time travel, would you go back and tell that kid he was delusional? Would you try to dissuade him from hard work and dedication in the pursuit of such nonsense? Let me leave you with one of my favorite quotes:

It is not the critic who counts; not the man who points out how the strong man stumbles, or where the doer of deeds could have done them better. The credit belongs to the man who is actually in the arena, whose face is marred by dust and sweat and blood; who strives valiantly; who errs, who comes short again and again, because there is no effort without error and shortcoming; but who does actually strive to do the deeds; who knows great enthusiasms, the great devotions; who spends himself in a worthy cause; who at the best knows in the end the triumph of high achievement, and who at the worst, if he fails, at least fails while daring greatly, so that his place shall never be with those cold and timid souls who neither know victory nor defeat.

—Mark Stuckey is a professor of physics at Elizabethtown College.